U.S. President Donald Trump is currently visiting Britain. He is not much liked in that country. A recent poll shows that only 21% of the British people have a positive a opinion about him.

Some young man even prepared a special welcome message for Trump:

A teenager has mowed an anti-Trump message, complete with a giant penis, into the grass of his family home ahead of the US president’s UK state visit.
...
The A-level student hopes that the US president will spot his creation as Air Force One approaches Stansted Airport, which is near Hatfield Heath, on Monday morning.

It is unlikely that Trump saw that picture from the air.

But the British security that escorted Trump from Stansted into London seems have borrowed the idea. 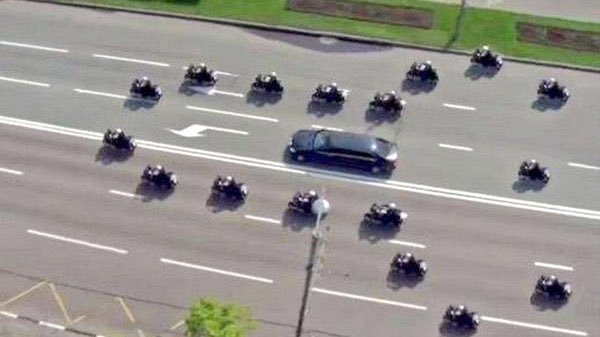 Stansaid Airport is a humorous account. There are several other pictures that play with the theme. We can not vouch for their veracity.

Tiananmen: The Massacre that Wasn’t