Home CAPITALISM & SOCIALISM How can the UK honestly view their healthcare as better than that of the US?

This question was recently featured on Quora, and we thought it was efficiently and effectively answered by Dr Alfred St Joseph. Here it is. We should note that for years the rightwing & establishment capitalists, including their whore media, have been surreptitiously picking the NHS apart, little by little, chiefly by simply underfunding it. Thatcher, true to her brutal character, tried to kill the system in a more aggressive way, but she was beaten back by an irate public, aided by many doctors and nurses working for the institution. These days the NHS remains an island of socialism in a vicious capitalist ocean, with monsters under the waves constantly figuring new ways of wiping it out. —Editor

I worked in the NHS for about 7 years, so I have some insight that I'll share here.

I could probably go on if I took some time to think about it. This reply has only taken me about 20 minutes to type out on my phone.

To close, the medical system in the US is rather pathetic in comparison to the NHS. Whilst America may espouse the ideal of “all men are created equal”, we Brits, at least in the field of health, actually practice it without a moment's thought.

Please do upvote this answer if you support the NHS! 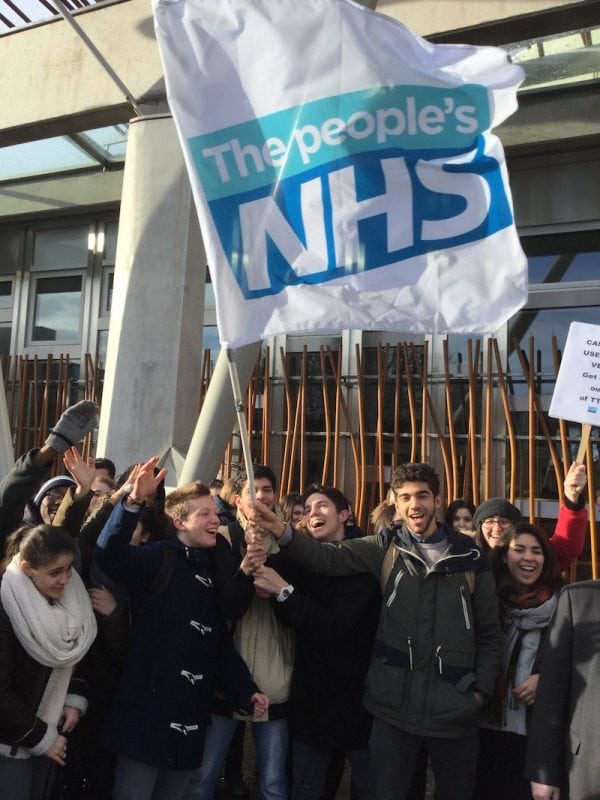 Support for the NHS is strong among Scots, seen here demonstrating before their parliament.

Update 4th Nov '18: This is my first answer ever to get to 1k upvotes! Thanks everyone, for taking the time to read it all.

CODA: The NHS, like most great institutions of this kind in Europe and the world, is multi-cultural and multi—ethnic. 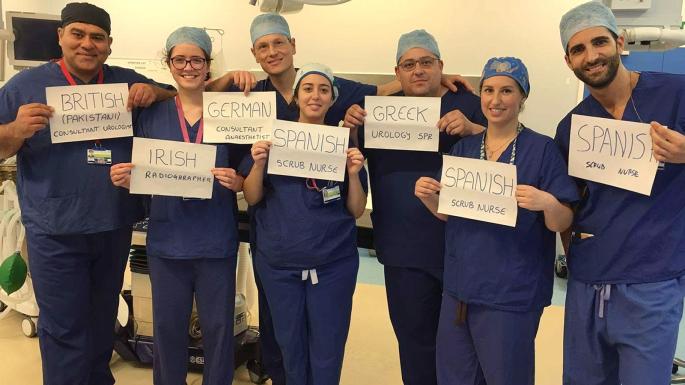 The Gwangju Uprising and American Hypocrisy: One Reporter’s Quest for Truth and Justice in Korea