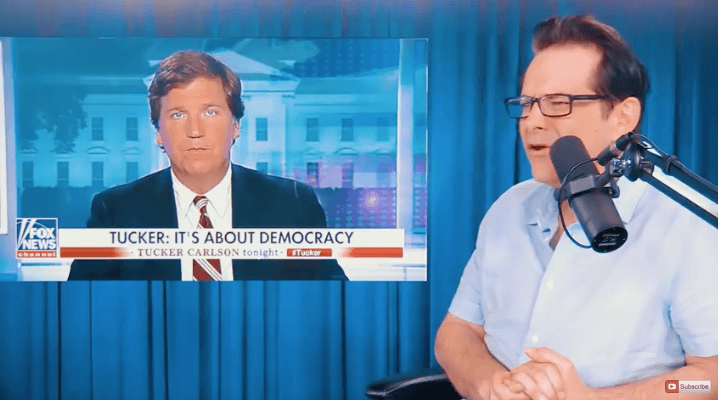 NOTES BY PATRICE GREANVILLE
In this episode first published in July 2018, Jimmy Dore comments on the bizarre information world we inhabit, with US intel and its media arm (the "free press") dictating the official narrative that no one dares to defy—except for (another huge surprise) mavericks like Fox News' Tucker Carlson. Tucker is for the most part unclassifiable, not typical of the "right" nor the "left" media in the US.  Indeed, although he says things that any solid progressive would be proud of, with a constant refrain fostering anti-China sentiment, he is certainly no consistent progressive (probably could not afford to be and still retain his tv pulpit with Fox), but he does speak uncomfortable truths about the establishment from time to time, and when he does he performs and invaluable service. Not only does the truth—regardless of its messenger—have a refreshing energizing effect wherever it appears; on Carlson's  lips it reaches an essential segment of the US population lterally off limits to left views: working class and Trumpian folks who have long embraced some of the most reactionary myths fueling US exceptionalism. In the current climate of totalitarian disinformation, this is almost miraculous.

Incidentally, it would be nice to see Jimmy D. getting a grasp of what China is and represents in the world these days. For whatever China is or may be due to its hard-earned cimb to the summit of the global economy, it is not an inherent "threat" to the US, most certainly not the American people, unless our aggressive bellicosity and constant hostile policies force it to become one.  China is an "enemy" or an "adversary" of the US and its vassal coalition only insofar as this bloc continues to push for global hegemony, a primacy now waning on account of China's peaceful and irrepressible rise to the summit as a world economic power, and Russia's onw progress in economic and military matters. Russia, Iran, and China represent a new bloc of nations that embrace multi-lateral power, a belief that every nation should be entitled to manage its own affairs as it sees fit without foreign meddling of any kind.  What's so difficult to undestand about that?

To close, chapeau to Jimmy's wonderful resident panel of commentators, the always spot on Ron Placone and the delightful Stefie Zamorano (the "Miserable Liberal"). Their robust embrace of truthtelling is a gift to us all. 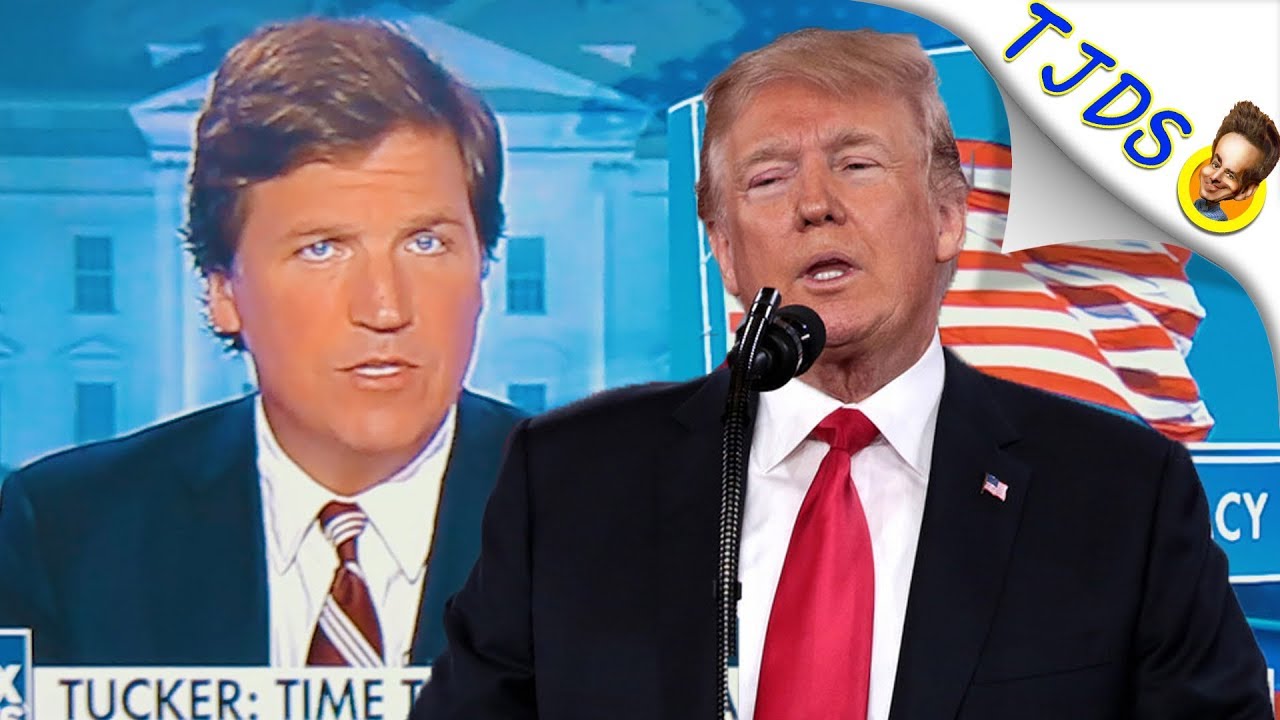 Tucker Carlson, whose point of view this show seldom agrees with, nails it on the NeoMcCarthyism that’s going on.

Tucker vs Neocon Max Boot, who calls him cheerleader for Russia (Must watch/revisited)