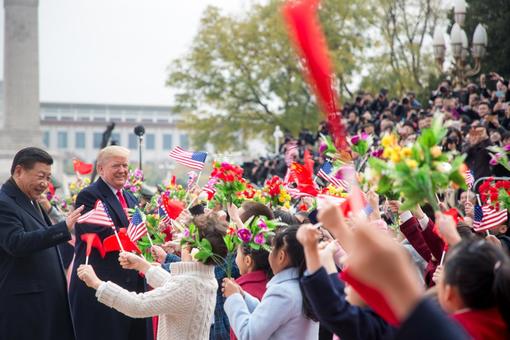 There had been earlier skirmishes, threats, talk of retaliation and warnings of dire consequences, but the trade war between the United States and China started in earnest on July 6, 2018 when Washington implemented its first China-specific tariffs. It ended just short of a year later, and though Chinese officials are too polite to publically proclaim victory, from their point of view, the outcome can be viewed in a favorable light.

At first glance, it hardly seemed a telling blow. No trumpets sounded, no flags were lowered, no treaties signed. But a meeting on the sidelines of the G-20 summit in Osaka, Japan, US President Donald Trump and Chinese President Xi Jinping agreed to resume trade talks that had broken down in May. So? Hardly a surrender. Just a brief lull, a pause before hostilities re-commence? No. This is a moment of far more significance and one that many in the West do not fully appreciate. If the deal had been just to postpone tariffs Trump had threatened to impose on an additional $300 billion annually in Chinese imports then it could be considered a strategic retreat. After all, Trump will not overhaul the relationship with the world’s second-biggest economy as the 2020 election looms.

But lifting certain commercial restrictions in the US on Huawei, a computer firm seen as a Trojan Horse for the Chinese military, and reports that the Trump administration will allow North Korea to keep its nuclear weapons suggest a more defining moment has arrived.  The Chinese have always denied that Huawei has links to its military. But then they would say that, wouldn’t they?  But from the Chinese perspective, they believe many US companies operating in China have links to the US military. After all, did not Ike Eisenhower warn in his 1961 farewell presidential address of the threat posed by the industrial military complex. It hasn’t lessened since then.

This is a major reversal by Washington who had told its European allies, especially Britain, that any dealings with Huawei would endanger defense ties.

Just in May, US Secretary of State Mike Pompeo warned London to prioritize its security interests and those of its allies when dealing with Huawei.

He hinted that the US could re-consider some of its extensive defense and economic interests in the UK.

This is the second time the Trump administration has backed down with a Chinese tech giant.

In June 2018, about the time the trade war started, the US Commerce Department lifted a ban on selling components to Chinese firm, ZTE Corps which had been accused of violating sanctions against Iran and North Korea. It coughed up more than $1 billion in fines. That came after a personal appeal from Xi to Trump.

North Korea seems less clear cut but the genie is out of the bottle. John Bolton, Trump’s national security adviser, dismissed media reports that claimed the Trump administration was considering negotiating a nuclear freeze by North Korea, rather than complete denuclearization.

But crucially North Korean leader Kim Jong-un believes that he can have both a developing relationship with the US and maintain his nuclear arsenal. A nuclear freeze is on the table. Beijing may not like Kim but it views a stable and more prosperous North Korea as vital for its own security.  And China knows that, when dealing with Trump, the art of the deal is not boasting about it.

ABOUT THE AUTHOR
Tom Clifford is a freelance journalist and can be reached at: cliffordtomsan@hotmail.com.

The Terrorists Among US- Cyber Privateers are Domestic Terrorists