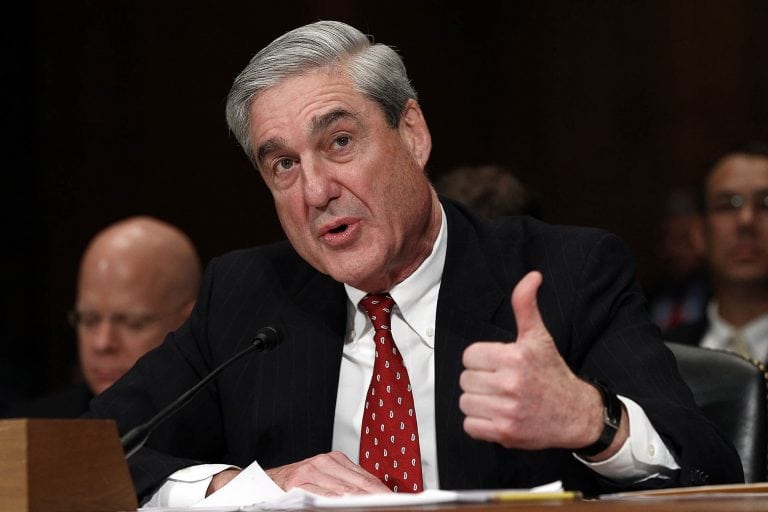 An excerpt from a long piece by Aaron Maté who points at the huge holes in the Mueller Report about alleged Russian influence on the 2016 presidential election.

At a May press conference capping his tenure as special counsel, Robert Mueller emphasized what he called "the central allegation" of the two-year Russia probe. The Russian government, Mueller sternly declared, engaged in "multiple, systematic efforts to interfere in our election, and that allegation deserves the attention of every American." Mueller's comments echoed a January 2017 Intelligence Community Assessment (ICA) asserting with "high confidence" that Russia conducted a sweeping 2016 election influence campaign. "I don't think we've ever encountered a more aggressive or direct campaign to interfere in our election process," then-Director of National Intelligence James Clapper told a Senate hearing.

While the Russiagate hoax did not deliver for the liberals as far as furnishng a tool to impeach Trump, it did serve the purposes of the Deep State, whose chief goal remains the demonisation of Russia and continuation of a state of virtual war.—Editor

But a close examination of the report shows that none of those headline assertions are supported by the report’s evidence or other publicly available sources. They are further undercut by investigative shortcomings and the conflicts of interest of key players involved:

None of this means that the Mueller report's core finding of "sweeping and systematic" Russian government election interference is necessarily [totally]  false. But his report does not present sufficient evidence to substantiate it. This shortcoming has gone overlooked in the partisan battle over two more highly charged aspects of Mueller's report: potential Trump-Russia collusion and Trump's potential obstruction of the resulting investigation. As Mueller prepares to testify before House committees later this month, the questions surrounding his claims of a far-reaching Russian influence campaign are no less important. They raise doubts about the genesis and perpetuation of Russiagate and the performance of those tasked with investigating it.
...

The full Maté piece, which in details lays out each of the above points, is available at Real Clear Investigations.

The power brokers are crazy about her, but Jimmy Dore says Kamala Harris is full of caca, and here’s the proof.