Spying for Israel Is Consequence Free

Hollywood billionaire was a spy, an illegal arms merchant and a corrupter of politicians 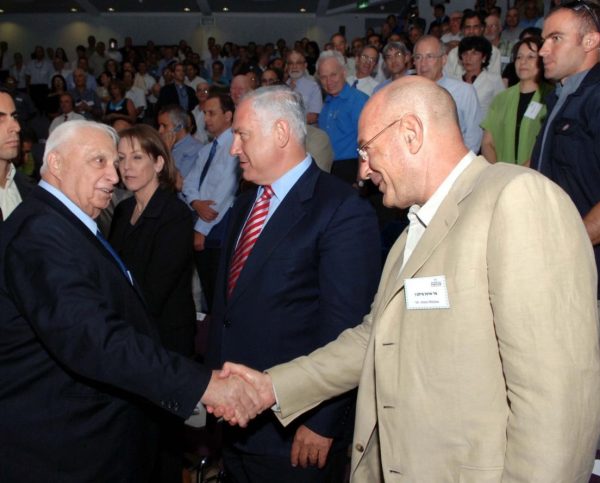 [dropcap]B[/dropcap]ack in the spring I wrote about coming across the name Arnon Milchan by chance on a movie credit while flying from Venice to Washington. Milchan, some might recall, is a Hollywood billionaire movie producer born in Israel, well known for such films as Pretty Woman and Bohemian Rhapsody. He is less well known for his role in arranging for the procurement and illegal transfer of U.S. technology that enabled the Jewish state to develop its own nuclear arsenal. Far from being ashamed of his betrayal of the adopted country that helped make him rich and famous, in 2011 he authorized and contributed to a ghost-written biography, which he boastfully entitled “Confidential: The Life of Secret Agent Turned Hollywood Tycoon.” Parts of the book were in the first person with Milchan telling his story in his own words.

I had been aware of Milchan’s crimes for a number of years, just as I had also speculated on how a leading Israeli spy working actively and successfully against vital U.S. anti-nuclear proliferation interests had managed to continue to maintain a home and business in Los Angeles while also appearing regularly at the Oscar presentation ceremonies. I asked “Why is this scumbag still making movies in Hollywood? Why isn’t he in jail?” before concluding that the federal government clearly regards spying for Israel as a victimless crime, rarely arresting anyone and almost never prosecuting any of the numerous easily identifiable Israeli intelligence agents roaming the country.

Milchan was an active Israeli spy in the U.S., working for the Mossad technology theft division referred to as LEKEM. The Mossad frequently uses so-called sayanim in its espionage, which means diaspora Jews that it recruits on the basis of a shared religion or concern for the security of Israel. The threat coming from Israeli Embassy operatives inside the United States is such that the Department of Defense once warned that Jewish Americans in government would likely be the targets of their intelligence approaches.

President John F. Kennedy had tried to stop the Israeli nuclear weapons program but was assassinated before he could end it. By 1965, the Jewish state had nevertheless obtained the raw material for a bomb consisting of U.S. government owned highly enriched weapons grade uranium obtained from a company in Pennsylvania called NUMEC, which was founded in 1956 and owned by Zalman Mordecai Shapiro, head of the Pittsburgh chapter of the Zionist Organization of America. NUMEC was a supplier of enriched uranium for government projects but it was also from the start a front for the Israeli nuclear program, with its chief funder David Lowenthal, a leading Zionist, traveling to Israel at least once a month where he would meet with an old friend Meir Amit, who headed Israeli intelligence.

With the uranium in hand, the stealing of the advanced technology needed to make a nuclear weapon is where Milchan comes into the story. Arnon Milchan was born in Israel but moved to the United States as a young man and eventually wound up as the founder-owner of a major movie production company, New Regency Films. In a November 25, 2013 interview on Israeli television Milchan admitted that he had spent his many years in Hollywood as an agent for Israeli intelligence, helping obtain embargoed technologies and materials that enabled Israel to develop a nuclear weapon.

Milchan, who clearly still has significant business interests in this country as evidenced by Bohemian Rhapsody, explained in his interview that “I did it for my country and I’m proud of it.” He also said that “other big Hollywood names were connected to [his] covert affairs.” It is, to be sure, astonishing that Milchan should admit to his crimes at a time when he was still traveling regularly to the U.S. and residing in California, but his belief in his own invulnerability stems from the fact that the federal government failed to act against him during the fifty years when he was mostly resident in the United States even though it knew about his spying activity.

Among other successes, Milchan obtained through his company Heli Trading 800 krytons, the sophisticated triggers for nuclear weapons. The devices were acquired from the California top secret defense contractor MILCO International. Milchan personally recruited MILCO’s president Richard Kelly Smyth as an agent before turning him over to another Heli Trading employee Benjamin Netanyahu for handling. Smyth was eventually arrested in 1985 and cooperated in his interrogation by the FBI before being sentenced to prison, which means that the Federal government knew all about both Milchan and Netanyahu at that time but did not even seek to interview them and ultimately did nothing.

So Milchan was an Israeli spy who got away with it and is still making money off of the country that he victimized. End of story, or is it? The Israeli liberal leaning newspaper Haaretz has recently featured an expose of his involvement in high level political corruption as well as in nuclear proliferation involving South Africa when that country was under sanctions. Haaretz observes how “…the [Israel]-born [Hollywood] mogul made his real money elsewhere: in deals for arms including planes, missiles and gear for making nuclear bombs in which Israel, and later other countries, were parties. To make films there’s no need for crony capitalism, but to succeed in the arms business, government connections are obligatory.”

Milchan has been involved in a bit of controversy in Israel itself, where the police have recommended that he be charged with bribery connected with the ongoing investigation of corruption by Prime Minister Benjamin Netanyahu. Milchan, it seems, spent one million shekels ($250,000) on luxury items that he gave to Bibi as a reported quid pro quo to exempt his substantial U.S. derived income from taxes when he returned to Israel to live in 2013-4. 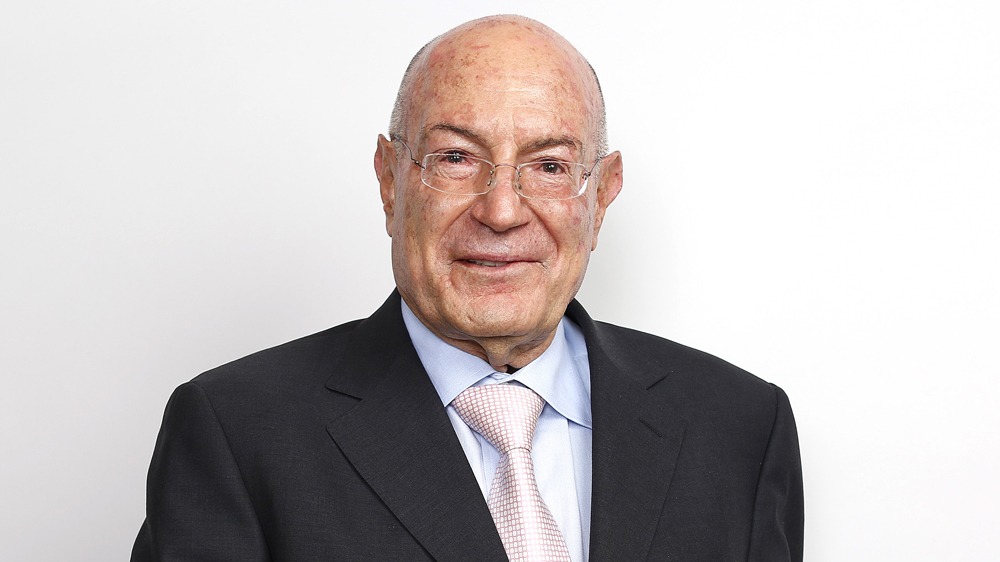 Demonstrating that Milchan’s corruption was international, the police investigation determined that in 2014 Netanyahu approached then U.S. Secretary of State John Kerry to intervene and arrange for a long-term American visa for Milchan, who was at the time dealing with problems relating to his U.S. residency status. Milchan reportedly made the arrangement by going directly to Netanyahu’s home with the customary boxes of expensive cigars and cases of champagne and waited for the prime minister to come home. When Netanyahu arrived, Milchan demanded that Bibi immediately contact Kerry to arrange a new visa. And Netanyahu did just that, picking up the phone and dialing. In the event, the visa was granted and Milchan continued to make more movies, and money, in Los Angeles.

Netanyahu’s corruption has been widely reported but he is only the latest Israeli leader manipulated by the Hollywood billionaire. Milchan also “befriended” Ehud Olmert, Ariel Sharon and Shimon Peres, as well as top defense officials and foreign leaders from South Africa and Canada. Milchan dazzled the politicians with wining and dining as well as with lavish gifts and he introduced the Israelis to other Jewish Hollywood executives, including Disney President Michael Eisner and the cofounder of DreamWorks, Jeffrey Katzenberg.

Peres claims that he personally recruited Milchan as a spy and, from the age of 21, Milchan used a family chemical business as cover to engage in arms and technology sales. He was from the beginning involved in clandestine purchases in support of Israel’s nuclear program.

Milchan also became a buyer for weapons in cases where the Israeli government did not want to have the purchases attributed to it. In all cases, Milchan took a commission on the sales, hence the claim that his Hollywood fortune constituted only a small part of his wealth. He sometimes found himself buying U.S. made weapons using Israeli government money that had come from U.S. taxpayer provided military assistance, taking his 10% along the way.

Starting in the 1970s, Israel, operating covertly through Milchan, sold South Africa embargoed weapons systems, receiving both money and uranium in return. South Africa knew how to return a favor, allowing Israel in September 1979 to conduct a nuclear test on an island administered by Pretoria in the Indian Ocean.

The Haaretz article condemns Arnon Milchan for his corruption of Israel’s politicians, which is fair enough as that is what one might expect. But there is also the United States side of the story. Insofar as can be determined, Milchan still has his active U.S. visa, a house in Los Angeles and he may even travel to his office in Hollywood on occasion. He is at a minimum guilty of violation of the Espionage Act, a law which, one might note, has been used against Julian Assange, who may not have ever colluded to steal American secrets but is being railroaded for political reasons.

Milchan, by way of comparison with Assange, is being protected by the usual Israel-first thinking within America’s establishment. No effort has ever been made either to indict or arrest him by a series of pusillanimous presidents who clearly are afraid to touch a prominent and connected Israeli billionaire who, as a spy, inflicted serious damage on the United States. In March 2015, Milchan was an invited VIP guest on Capitol Hill to witness the notorious speech made by Prime Minister Benjamin Netanyahu before a joint session in Congress. Not one congressman objected and it would be interesting to learn which corrupt congress-critter sponsored the Israeli spy. To my regret, there was no U.S. Marshall or FBI agent at the door waiting to arrest Milchan on the way out. 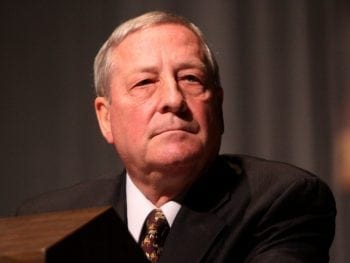 Philip M. Giraldi, Ph.D., is Executive Director of the Council for the National Interest, a 501(c)3 tax deductible educational foundation (Federal ID Number #52-1739023) that seeks a more interests-based U.S. foreign policy in the Middle East. Website is councilforthenationalinterest.org, address is P.O. Box 2157, Purcellville VA 20134 and its email is inform@cnionline.org