A Plausible Theory Of What Jeffrey Epstein Was Actually Doing 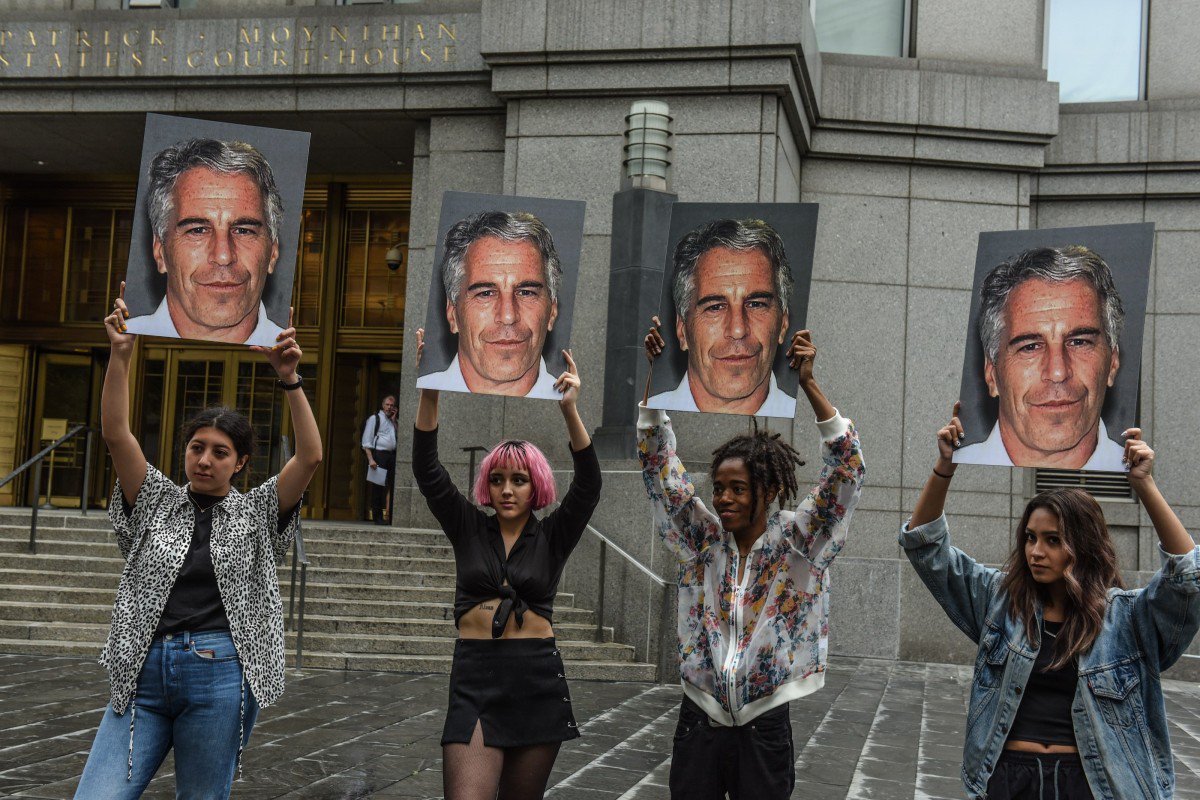 The scandals over pedophilia, young women forced or seduced into prostitution, and the new #metoo sensibility  contributed to the downfall of uber procuror Jeffrey Epstein. Now a lot of big names are running for cover. (Members of a group calling itself Hot Mess demonstrating before federal courthouse in New York.)

By "b", the editor of Moon of Alabama

The first Jeffrey Epstein thread has grown a bit long. Here is a follow up.

For an introduction to the Epstein case please read this.

A question that no one could so far answer is how Epstein got as rich as he appears to be. A person who calls himself Quantian has an interesting theory of what Epstein was actually doing.

Here is the short version:

Epstein offered the post puberty teenyboppers he seduced and/or bribed to the rich people he knew. He invited lots of interesting people - artists, scientists, politicians, rich businessmen - to his exclusive parties. There were always these young girls around. There was always a free bedroom. There were also cameras in place. When one of the rich guys messed with a girl, Epstein would blackmail him.

But instead of taking cash he asked them for investments in his offshore hedge fund. For someone who owns billions it is peanuts to put a few dozen millions into a fund. It is legal. The money isn't gone. It will even bear interests.

Epstein is not known for having done much currency trades or other larger Wall Street transactions. His company is small, he didn't work a lot. It is likely he mostly re-invested the money in a simple index stock fund which follows the S&P 500. Those type of funds brought over the years quite a good profit.

Epstein would have taken the typical hedge fund fee of 2/20 which is 2% of the investment per year plus 20% of the profits. The hedge fund would be completely legal and there would be no tax troubles. The entrapped people would simply have to stay invested to keep Epstein quiet and the video tapes off the broadsheet market. Some billionaires might have invested upfront to gain access to the girls.

For Epstein the scheme would have been a very elegant way to pursue his personal 'hobby' while creating an ever growing income.

Quantian's theory sounds very plausible to me. It conforms with everything that is publicly known about Epstein and about what he was doing. It does not require any additional conspiracy theory about Mossad/Mafia/CIA involvement. But it also doesn't exclude that there is some.