Sanctions on Khamenei? Ending the myth of the ‘Millionaire Mullah’ (Part 3/3) 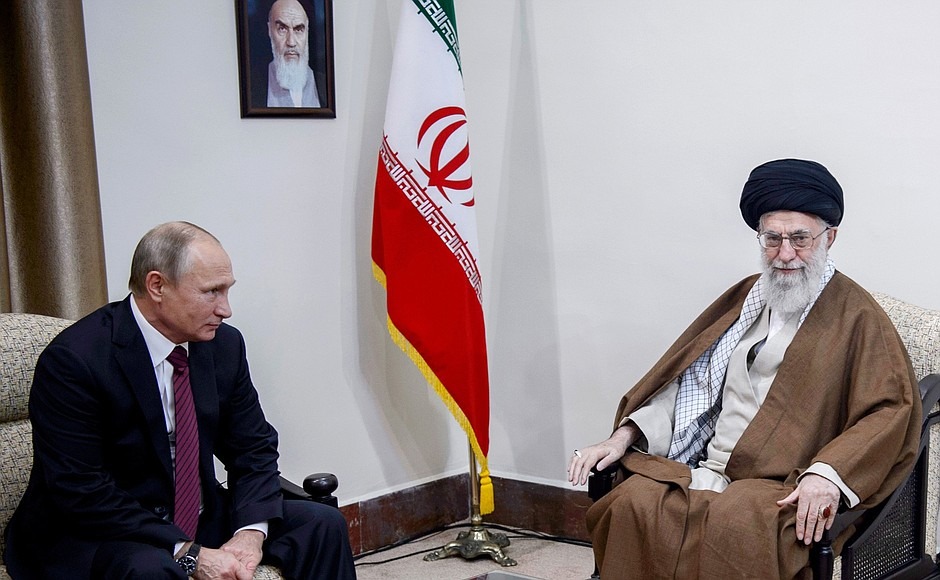 • Part 1 of this article discussed why the recent US sanctions on Supreme Leader Ali Khamenei provoked laughter in   Iran and derision even from Iranophobic Western mainstream media.
• Part 2 proved that - between zakat, khums, the bonyads, generalized Iranophobia and a desire to denigrate any economic thought which is not far-right neoliberal capitalism - it is easily understandable how we have arrived at Western nonsense like “Millionaire Mullahs”.
• Part 3 will show how this propaganda is unrelenting.

Like the 2013 Reuters report on Setad, a bonyad headed by the Supreme Leader post, “Khamenei controls massive financial empire built on property seizures”.

Uhhh… yes, confiscating the ill-gotten property of the king and his 1% was undoubtedly the democratic choice of Iran. Iran is a rare country to have done that, but it was not the first. Economically right-wing Reuters, of course, opposes every such occasion where this has happened.

Reuters’ report spends just ten miserly words to describe for their readers both bonyads and khums, which is certainly not enough to give a sympathetic, much less objective, rendering of these rather vital parts of the Iranian economy. Reuters makes apparent its total disinterest in admitting Setad’s universally-known, multi-billion charitable functions with the brief and dismissive: “It's unclear how much of its revenue goes to philanthropy.” It’s a report which openly airs the grievances of lawyers based in Beverly Hills, California, because talking about the economically-redistributive concepts at work in the Iranian economy are expressly against Reuters’ editorial policy.
As Reuters admitted, with a brief sentence that indicates their maximum disappointment: “Reuters found no evidence that Khamenei is tapping Setad to enrich himself.” Exactly. All Iran already knew that. Reuters’ buried a sentence which has been a headline in Iran.

Beyond the role of Islamic charity, the usury-banning role of Islamic finance, and the unique (revolutionary) economic principles installed after 1979, the widest-view statement I can give about the Iranian economy is this: because it is (Islamic) socialist-inspired when it comes to handling the economy, the Iranian state controls the Iranian economy even more completely than today’s “hosting tourists is ok” Cuba. Both nations control their economies in a patriotic way, though Iran has, thankfully, far more oil wealth; both nations reject foreign control (neoliberal/globalist capitalism); and both nations have been incredibly successful at improving the lives of their average citizen despite decades of murderous sanctions by the US and Europe.

The revolutionary Iranian economy is thus most succinctly described (this is “daily journalism”, after all) as “Iranian Islamic Socialism” because it is exactly that, and in exactly that order of importance: first come the patriotic needs of Iran, then adherence to the principles of Islam as much as possible, and then the clear rejection of capitalism-imperialism and neoliberalism/globalism. Importantly - at least to those who believe Iranians have a democratic right to choose their own path - Forbes, Reuters and Washington are resolutely dead-set against the success of all of these principles, and their actions and stances show that they view tolerance, accommodation and limited cooperation as impossible.

But this – the enormously anti-neoliberal aspects and the enormously successful redistributive aspects of the Iranian economy – is something the West can never admit because… they might be copied! Indeed, when Washington talks about Iran’s “destabilising behaviors”, there is nothing more destabilising to US and Israeli hegemony in the Muslim world than the very example of Iranian democratic success.

What works usually is copied, but Iranian economic solutions do not “work” for the aristocratic readers of Forbes. Therefore, “Millionaire mullahs” has been the Western editorial line, and they are sticking to it.

It should be clear: it is a well-known reality is that Khamenei does not personally have much to sanction at all; the Iranian economy is so unique (revolutionary) that it is easily distorted and rarely attempted to be understood; the guiding economic concepts democratically installed after the Iranian Islamic Revolution will always be the subject of massive Western propaganda efforts.

Therefore, pity Trump and his New York City slumlord/Pentagon gun-runner advisors - by foolishly sanctioning Khamenei all they did was insult him, and insult his tens of millions of often-ardent supporters, and show their total ignorance of how the Iranian economy actually works!

How did they get so misled? Simple: they read too much Western propaganda, which since 1979 has had an editorial line of “100% fake news, 24/7” when it comes to Iran. Such an editorial line is designed by their 1%-owners to push Trump, and others, to wrongly assume that Iran is some sort of dystopian, totalitarian regime where the top leader owns everything and can liquidate anything at any time for their personal profit.

Such a system only exists in comic books… and in the Arab monarchies. And are sanctions on these Arab despots arriving next? LOL, not likely. Forbes and the neoliberal-loving, English-Canadian Reuters are likely in the middle of preparing their latest puff-piece on yet another Arab monarch-dictator.

It is ironic that the only type of millionaires these rabidly capitalist media seem to have a problem with are of the Iranian clerical variety, a variety which Forbes was the first to ever claim even existed. But the phenomenon they allege does not exist, and Khamenei is often held up as a standard of good and moral leadership in many nations for very justified reasons.

What is certain is that Washington’s ignorance of and opposition to the nature of the Iranian economy will cost them dearly - sanctions on Khamenei will be totally ineffective in reaching their totally unjust aims. Such sanctions are amusing… but that is actually a sad commentary: the decades of murderous sanctions on Iran, Cuba, Korea and others shouldn’t be funny at all.