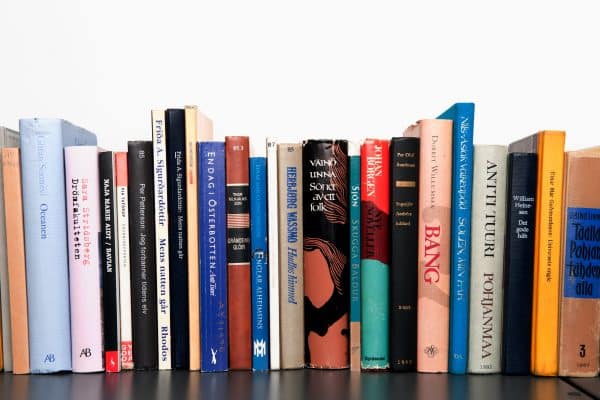 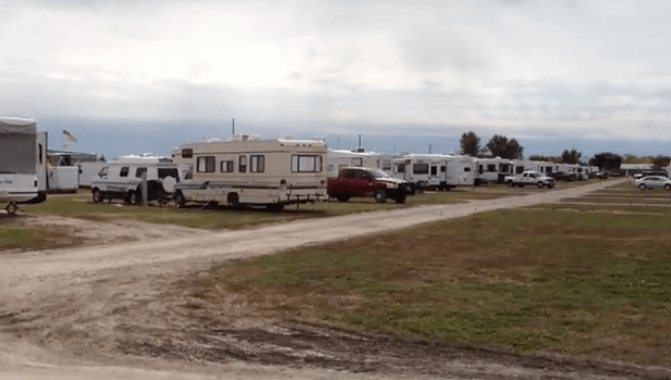 Campers pitching their RV "tents" near an Amazon's Camperforce (warehouse) in Coffeyville, KS.

Now here’s something to ponder as you munch your morning cornflakes: If the US economy is booming, if Trump is Making America Great Again, why are so many pensioners taking to the highways and spending their golden years living in parking lots while slaving for peanut wages in giant Amazon warehouses. 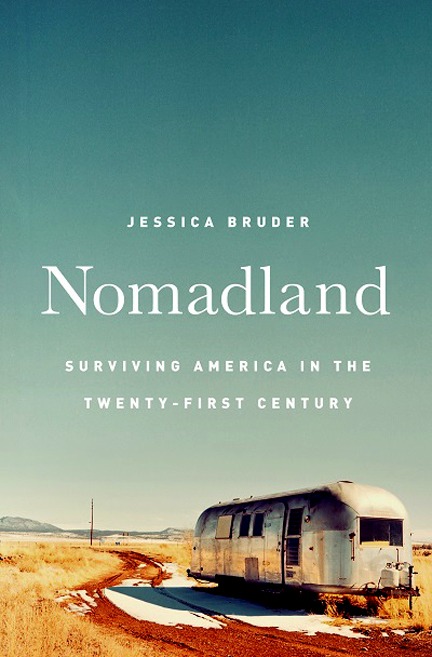 Jessica Bruder, a journalist who teaches at the Columbia University Graduate School of Journalism in New York City, has the answer to that and plenty of other questions in her book, Nomadland: Surviving America in the Twenty-First Century, in which she reminds us that, although America has always been “a nation of itinerants, drifters, hoboes, restless souls”, a new kind of wandering tribe is emerging: “People who never imagined being nomads are hitting the road”.

It’s not a spirit of reckless adventure that is driving this elderly exodus, but helplessness, hopelessness, and despair. The majority of these wanderers – dubbed workkampers – are victims of the recession triggered by the financial collapse of 2008. Unlike the financiers who triggered the crash, regular homeowners weren’t bailed out, but were left to fend for themselves. Many have been forced to abandon the comfort of now unaffordable houses and apartments to live in ‘wheel estate’ – vans, secondhand RVs, school buses, pickup campers, trucks, and cars.

“They are driving away,” writes Broder, “from the impossible choices that face what used to be the middle class”. Their plight is defined by questions such as, “Would you rather have food or dental work? Pay your mortgage or electricity bill? Make a car payment or buy medicine?” In the absence of pay rises or half-decent social security, the decisions often boiled down to a simple choice, “What about cutting your biggest expense? Trading a stick-and-brick domicile for life on wheels?”

Linda May, the central character in Nomadland, is one of these late-life nomads. When retirement came after 40 years in construction, as a cocktail waitress, and Home Depot cashier, the grandmother had no home or savings. Unable to pay rent, and tired of living in her daughter’s cramped California apartment, she took to the road in a battered Jeep, to which was attached the Squeeze Inn, a 10ft-long, bright yellow camper. Her home was no longer defined by a suburban zip code; but alternated between Walmart parking lots, quiet suburban streets, truck stops, and a crowded trailer park, where she and her elderly workmates – enlisted by Amazon’s Camperforce programme – spend exhausted evenings recovering after pacing miles each day on unforgiving concrete floors in one of the company’s monster warehouses.

Why, you may wonder, does Amazon recruit so many oldies? Well, Bruder points out, it’s hardly altruistic. As one of the workers explains, “The Work Opportunity Credit is the reason Amazon can take on such a slow, inefficient workforce. Since they are getting us off government assistance for almost three months of the year, we’re a tax deduction for them”.

And there’s another, probably more important, reason: “They love retirees because we’re dependable. We’ll show up, work hard, and are basically slave labour”, says 77-year-old David Roderick. Nor do the workkampers join unions or complain to management about the strenuous working conditions. But they offer some benefits; in a revealing insight, Bruder tells how campers’ trucks were “like mobile apothecaries . . . I was told that Amazon distributed free over-the-counter pain killers at the warehouses”.

Nomadland is not just about workers slogging inside Amazon’s vast, impersonal warehouses, however. Bruder also points to stresses inflicted on elderly workers at US Forestry Services campgrounds and at the nation’s sprawling amusement parks, which rely on the wheezing brigade of travelling oldies to keep them running efficiently – and cheaply – during their months of operation.

Despite their tribulations, the characters in Bruder’s book show amazing resilience, good humour and cameradie as, exhausted at Christmas, the culmination of the hardest and busiest work period at Amazon, they pack their possessions into a motley caravan of dilapidated vehicles and drive away to converge on the winter-cooled deserts of Nevada, California and Arizona. There, the weary tribe recharges aching joints, finds new pals, and learns new skills needed to survive their “houseless-not-homeless” lifestyles at gatherings such as the Rubber Tramp Rendezvous at Quartzsite, in Arizona – dubbed ‘Jurassic Trailer Park’ by a reporter for the Scotsman newspaper. There, camper-svengali Bob Wells and other experienced nomads teach newcomers the finer points of life on the road.

But driving big vans around the US can only be a short-term lifestyle option, as May realised when she began to suffer from repetitive strain injury. When she reached 62 in 2012, and her first slim Social Security cheques began to arrive, May knew she faced a very real dilemma: “How am I going to live and not have to work for the rest of my life and not be a burden to my children?”

That’s when she decided to follow her dream of constructing an Earthship, “a passive-solar home built using discarded materials such as cans and bottles, with dirt-filled tires for load-bearing walls. The idea appealed to May because, “It’s like living in a piece of art, and it’s something I could build with my own hands”. She hoped that one day she’d find a cheap plot of land with lax building codes where she could build her dream home, using free materials with volunteers to help build it.

That day arrived in 2016 she bought a five-acre patch of desert at Douglas, Arizona. “I’m 66,” she told Bruder. “I need to speed things up.” She bought a $46 electrical generator, found an inexpensive water delivery service, and planned to start building after the Rubber Tramp Rendezvous, at which a couple of pals agreed to head back with her to start the process. Awaiting their arrival, she found an excavator driver, to clear the access road and open a path to her land.

“Finally”, writes Broder at the conclusion of Nomadland, the excavator “starts working on the main construction site. Everything it touches yields: the gnarled bush, the hardy cactus, the heavy stone. These are obstacles standing in the way of Linda’s future. One by one, they get lifted away.

The story continues:
To discover how May’s story ends, visit her Facebook page – www.facebook.com/linda.may.7583
Read about Nomadland, the movie version of the book, which stars Oscar-winner Frances McDormand as May –  www.indiewire.com/2019/02/ nomadland-first-look-frances-mcdormand-chloe-zhao-1202043624

About the author(s)
Tony Sutton is the editor of ColdType, a free pdf magazine –http://coldtype.net. This article was published in the August 2019 issue. Contact him at editor@coldtype.net