We run things from RT.com because we trust them a lot more than the filthy effluvia pouring out of the American media cesspool.
Get short URL 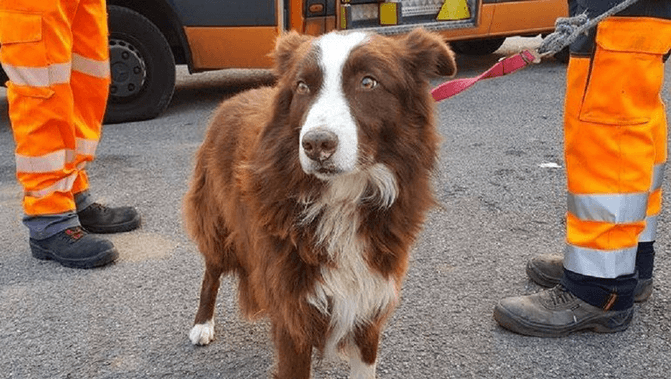 An incredibly loyal Spanish sheepdog has hit national headlines after he chased a truck, loaded with his doomed flock, down a dangerous motorway as they were transported to an abattoir.

The dog, named Piqué, chased the herd of sheep – which he had protected since he was a young pup – for miles down the AP7 motorway near Barcelona. Piqué was rescued by local police, who shared the heart-wrenching tale of the dog who “protects his pack until the end” online.

Concerned motorists notified police of Piqué chasing a van down the highway, and luckily he escaped without injury. However the same can’t be said for his beloved flock who went on to meet their maker at the slaughterhouse.

Also on rt.com Repo pup: German city seizes pet pug and sells it on eBay to cover unpaid debts Police wrote that while “animals never cease to surprise us,” they requested that owners keep their pets safe and use this “beautiful dog” as an example for why we should “make an effort to improve their lives.”

“They teach us many things, some of these things call it instinct. But, in fact, they are qualities that sometimes make our own. If they were humans we would be talking about values,” the heartfelt police statement read.

A XINJIANG UPDATE by Godfree Roberts

Of wolves, George Floyd, and the limits of...

Something to pick us up: Teeny kitten befriends...