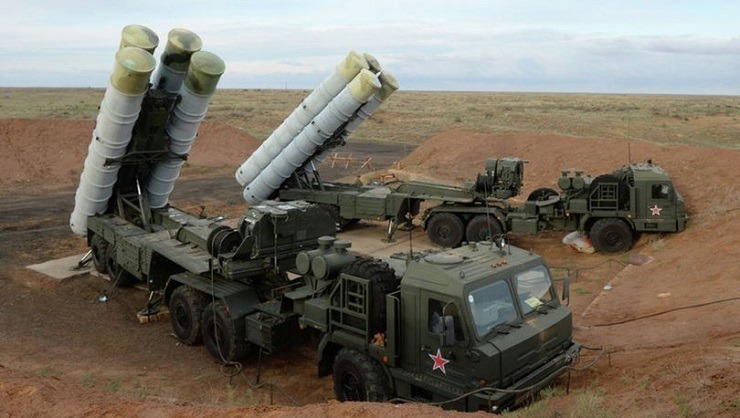 A great number of analysts these days would draw attention to the decision that both India and Turkey took to proceed with the purchase of Russia’s state of the art S-400 anti-air systems in spite of the unparalleled political pressure Washington applied on both Ankara and New Delhi. Essentially, this decision represents a turning point in the international struggle against US military dictates. It’s worth mentioning that both India and Turkey were Washington’s allies at some point, and yet they came under colossal pressure from the Anglo-American empire, which has directed all of its efforts at establishing a multi-national military infrastructure, where all proceeds from arms sales go into the pockets of US military contractors.

As it has recently been noted by a Belgian media source: “there is something utterly shameless and rude in the behavior of US sales representatives (Pompeo and the like) when it comes to pushing military equipment and weapons for the sake of unparalleled greed of the Washington oligarchs with their belligerent hegemonic attitude. They seek to establish a distribution network that puts their customers in a position whee they have no choice other than purchasing the constant “upgrades” [developed by their arms suppliers]. All this resembles the deadly grip of an octopus or a swamp, that you just cannot outrun no matter how fast you go.”

In addition to this, in order to get a better understanding of the reasons that prompted Ankara to lean toward acquiring the S-400 system from Russia, instead of going with Washington’s Patriot missiles, it must be recalled what the NATO-imposed Washington Collective Defense and Common Security represents and who’s been benefiting from it.

Even if Ankara chose to purchase Patriot missiles via NATO, upon delivery its armed forces wouldn’t have come into direct control of those systems, as those could only be manned by NATO crews operating on a rotational basis left up to the Pentagon. Turkey has already had this sort of experience with its previous purchases from Washington, and at some point its leadership realized that this arrangement wasn’t ensuring its national security, as it wasn’t designed for this purpose. Essentially, Ankara couldn’t use any of the weapons that it paid for as they could only be used when the Pentagon said so.

Thus, in the course of the last attempted coup in Turkey back in 2016, Tayyip Erdogan was quick to learn that a certain portion of its armed forces were not obeying his orders, as the West wanted him gone one way or another, as he was fed up with Turkey’s role as Washington’s vassal and started pursuing an independent policy beneficial for the state he leads. When Erdogan got into a helicopter to escape the angry mobs, he was notified that it could be downed by the Turkish Air Force or NATO air defense systems deployed across Turkey, as they defied their commander-in-chief and were obeying orders from the Pentagon.

As it has been revealed by the Arab media, Erdogan only managed to escape death due to Russian intelligence agencies, which intercepted encrypted orders setting off the military coup and warned the National Intelligence Organization of Turkey as to what was about to happen. Moreover, among those intercepted messages there was a transmission from military helicopters heading for the hotel in Marmaris, where Tayyip Erdogan was residing at that moment. Al Jazeera argues that the head of the Turkish state managed to escape from the hotel minutes before those helicopters opened fire on it.

In this regard, it is quite noteworthy that US intelligence, including the “omnipotent” NSA did nothing to warn Turkey, even though its monitoring stations are scattered all around the world, so it was fully aware of the assassination attempt and still preferred to keep quiet.

Largely due to these bitter memories, Erdogan is dead-set on ensuring that both his personal security and the security of the state he leads won’t be jeopardized yet again by the shifting allegiance of the troops manning US-made weapons systems paid for by Ankara. And it’s hardly a secret that Russia’s anti-aircraft systems represent the only viable alternative to the systems built by the US. Moreover, in a bid to show its good will, Moscow announced its intention to partially transfer the technologies necessary for the production of the S-400 system together with the shipment of the weapons systems themselves. Additionally, it started discussing the possibility that Turkey would play a part in the joint production of the S-500 anti-air system, as revealed by Tayyip Erdogan last May. This signifies that Moscow has confidence in Ankara, and the shipment of S-400s is much more than just a trade deal.

This development resulted in massive panic within the ranks of US military contractors, as they now run the risk of losing their dominant position within the international arms market to Russia, as other states are not blind and will most certainly follow the example of Turkey and India, who both went through hell and high water to get their hands on S-400s, as Washington used every trick in the book to prevent them from doing so.

Without a doubt, the acquisition of a new generation of Russian radar and air defense systems like the S-400 will destroy the entire system of unipolar domination of the United States. Back in 2015, China made a bet on the S-400, which allows supersonic interceptions at altitudes of up to 23 miles and distances of up to 250 miles. The list of those waiting for a chance to acquire S-400s is comprised of Qatar, Saudi Arabia, Egypt, Algeria, Morocco, Vietnam, and a number of other states.

As it’s been revealed by the Turkish channel T24, it appears that the S-400 system, which caused such tension between the United States and Turkey, will become a game changer in the world of Middle Eastern politics. It seems that the S-400 has become a symbol of an axis of resistance of one’s withdrawal from vassal submission to Washington.

ABOUT THE AUTHOR
Jean Périer is an independent researcher and analyst and a renowned expert on the Near and Middle East, writing, among others for the online magazine “New Eastern Outlook.”

Why are Anti-Migrant Arguments Pure Hypocrisy?