Trump and Pelosi are birds of a feather when it comes to beating up on dissident women of color.

In 2007 this columnist declared that Nancy Pelosi (left) is our enemy. She was the new Speaker of the House after Democrats emerged victorious in the 2006 elections. But they didn’t oppose George W. Bush and the Republicans the way their voters wanted them to. Little has changed since that time. Democrats mobilize in order to defeat the Republicans but still end up with snake in the grass leadership like Pelosi.

Representatives Alexandria Ocasio-Cortez, Ayanna Pressley, Rashida Tlaib and Ilhan Omar dissented and voted against the latest compromise with Republicans to fund Trump’s immigration enforcement. Immigration is supposed to be a litmus test issue which sharply differentiates Democrats from Republicans. But that is not how the game is really played.

“Like a true gangster Pelosi conducted the beatdown in public.” 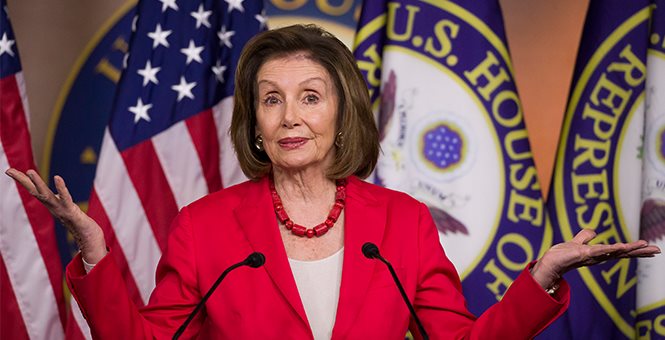 Pelosi trashed her members in an interview with the New York Times. “All these people have their public whatever and their Twitter world. But they didn’t have any following. They’re four people and that’s how many votes they got.” Like a true gangster Pelosi conducted the beatdown in public.

When Ocasio-Cortez truthfully stated that the remarks were disrespectful and showed a pattern of attacking women of color, Pelosi, the corporate media, Democratic party propagandists, and lap dog Congressional Black Congress (CBC) members all sprang into action. Gregory Meeks joined in ganging up on his colleagues and threatened Ocasio-Cortez with a primary challenge. Kamala Harris  weighed in with a seal of approval for Miss Nancy.

The bottom feeders’ attack was supported by none other than Donald Trump. “Cortez should treat Nancy Pelosi with respect. She should not be doing what she’s doing. She is not a racist,” said the man with very questionable credibility on the subject.

“Kamala Harris weighed in with a seal of approval for Miss Nancy.”

Trump knows that Pelosi is his friend. She is in no way part of an opposition to his administration. She is the rainmaker for the Democratic Party and the wielder of discipline against progressives. The two tasks are linked, of course. The very wealthy speaker brings in the cash from her equally wealthy friends. They give with the expectation that nothing even vaguely resembling progressive policy will ever see the light of day.

That is why she took the time to disparage the four members. If she doesn’t, others might get the idea that they too can show a little bravery and the entire rotten enterprise would be at risk. Independent minded members are not what Pelosi wants to see.

Trump then helped Pelosi with a racist rant against the progressives. He used everything from love it or leave it, to go back to your shithole country, when only Omar is foreign born, and exhibited the full gamut of race baiting. Pelosi only issued a mild rebuke about xenophobia. Trump’s remarks let Nancy Pelosi off the hook and protected the Democratic Party enforcer. The Democrats have their theatrics and Trump has his. Pelosi probably rose in his estimation when she dismissed her brown skinned caucus members.

“Trump exhibited the full gamut of race baiting. Pelosi only issued a mild rebuke about xenophobia.”

Of course Trump’s rant was vigorously attacked as it should have been. But the offended progressives didn’t question Pelosi, the person responsible for the ugly episode. Anyone paying attention could see the fake outrage in action. Unnamed Democratic Party sources suddenly claimed to have evidence that the woman popularly known as AOC is a drag on the party  and will doom Democrats to defeat.

Obama hatchet man David Axelrod took to twitter, a la Trump, to complain about the Democrats who have gotten out of line. “With his deliberate, racist outburst, @realDonaldTrump  wants to raise the profile of his targets, drive Dems to defend them and make them emblematic of the entire party. It’s a cold, hard strategy.”

“Democratic Party leadership are committed to shutting down anyone who strays from the fold.”

Why shouldn’t Democrats defend their members? What’s wrong with people who are slightly progressive being emblematic of the party? The questions are rhetorical. All of the Democratic Party leadership are committed to shutting down anyone who strays from the fold. Their attacks are worse than Trump’s. He is a known race baiting provocateur but the Democrats pretend to be the party of inclusion yet they always end up firmly in the right wing.

Anyone who is outraged by Trump’s appeal to the racist hordes ought to extend their anger to Nancy Pelosi as well. She and Trump are birds of a feather. She hides her animus a bit better but not well enough that perceptive people can’t see how the duopoly works. 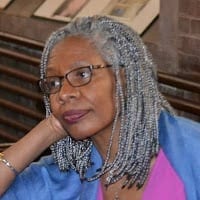