Home ABOMINATIONS War of the Roses

War of the Roses

July 20, 2019 8 minutes read
Please make sure these dispatches reach as many readers as possible. Share with kin, friends and workmates and ask them to do likewise.

A comment on the "war" going on between two factions of American ruling elites. For working people, same as it always was.

War of the American Roses
(Image by Axios)

On one side, a lawless, vicious, power-mad group of elites who already control much of the nation and who are determined to impose their imperial rule over even more. On the other, an equally ruthless, equally malevolent group of elites determined to overthrow their rivals and usurp their power.

No, it's not the civil wars waged in the 15th Century between the House of Lancaster and the House of York for control of the British monarchy. It's the USA in 2019, where corrupt and criminal Republican party leaders are lined up against corrupt and criminal Democratic party leaders, both sides armed with subpoenas and court orders and smelling blood. For students of political intrigue, this could get interesting.

Way back in 2016, the elites aligned with the Democratic Party, Obama, Clinton, Schumer, Pelosi, etc., cheated labored overtime to award the presidential nomination to arguably the worst candidate in modern history, which is to say, one of their own. The result? She lost to a pathological grifter. Even better, the party got walloped across the board. They not only lost the presidency, they lost the House and a majority of state legislatures as well. For eight years voters were force-fed tales of a teetering ship of state helmed through troubled waters by one of the "greatest presidents of all time ." And they lost big-time.

How did that happen? The answer is simple: it was all a con. 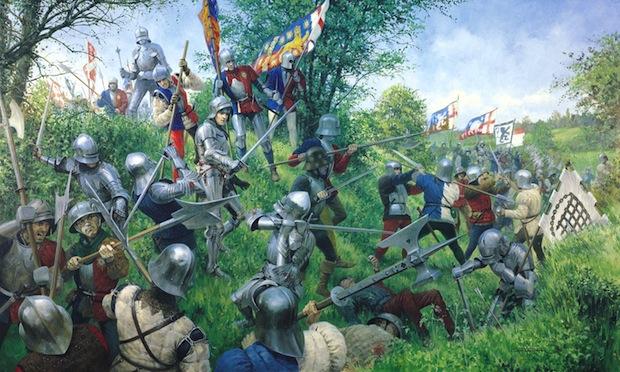 The leadership of the Democratic Party had already become what it opposed, to paraphrase Blake, a grotesque transformation birthed under Bill Clinton and nursed to monstrous form under Barack Obama. The party would no longer support unions , it would no longer safeguard Social Security , and it would no longer represent the interests of women, minorities or the poor . Habeas corpus? It was a democratic administration that tortured Chelsea Manning and prosecuted more whistleblowersthan all previous administrations put together. Bill of Rights? It was a democratic administration that created a drone assassination program, complete with a kill list that included American citizens. "I'm pretty good at killing people ," the Nobel Peace Prize winner told aides. And it's not just extra-judicial murder that the democrats have proven to be "pretty good" at. Take a look at the policy positions embraced by party leaders over the last thirty years and one discovers, with very few exceptions, they are entirely corporate: neo-liberal (austerity) at home, neo-conservative (eternal war) abroad. After the fleecing by both Slick Willy and Barry the Bomber, the base had had enough.

Imagine the shock waves that rumbled through the Democratic establishment when Trump was handed the White House. Scenes of consternation and confusion and heart-felt hand-wringing. Podesta, Mook, Sullivan, Pagliano, Hanley, Palmieri, Wasserman-Schultz. The con was perfect. It had worked before. Now this. What to do? What to do? Admit their failures? Return to their progressive roots? Take responsibility for the ongoing legislative bait-and-switch?

Think again. It took less than 24 hours after their electoral shellacking for Democrats to green light the plan to accuse Putin and the Russian state of interfering in the election. They were desperate to reframe the narrative, and pointing a finger at Russia was a two-fer: they could avoid any discussion of their own disastrous policies, while at the same time throwing the newly-elected administration into turmoil. It gets worse. These seasoned political operatives were so confident of the success of the con, they rolled it out in plain sight. Two of the reporters who were in the room when the Democrats devised the blame-Russia scheme wrote a book about it. Yeah, I know. Crazy.

Give them this, the Democrats had a strategy. First, they'd say Russia hacked a DNC server, stole private emails and, in that way, tilted the presidential election in Donald Trump's favor. Next, they'd send the server to CrowdStrike, a "cybersecurity technology company" that takes no time at all in announcing, sure enough, the server was compromised by Russian agents, and they have proof. Once the accusation has been independently corroborated, Democratic party elites unleash sympathetic members of Congressand commentators in the mediawith instructions to repeat the mantra incessantly: "Putin hacked the election. Russia is a threat to our democracy." They knew the non-stop echo would trigger demands for a formal investigation, which, in fact, led to the appointment of former FBI Director and Iraq war propagandist, Robert Mueller , as Special Counsel in the "Investigation into Russian Interference." For two years the scam ran like clockwork. Trump was on the ropes . . . except . . .

When Mueller's report was finally released to Congress and the public, it found "no evidence of Trump-Russia collusion ." Uh-oh.

What about the DNC server? What about the evidence that it had been hacked by agents of the Russian gov't? Well, not so much. Apparently, former FBI Director James Comey and Special Prosecutor Mueller simply took the word of the folks who ran CrowdStrike . While reasonable people might find this a tad suspicious, especially since the company was already connected to Hillary Clinton by way of a $10 million donation to her foundation, the FBI and the Special Prosecutor did not. They never subpoenaed the actual server. They never investigated.

In a memorandum addressed to the president and published 24 July 2017, a group of former US intelligence officers peels back yet another layer. They present a convincing argument that the DNC server was not hacked by Russia, or by anybody else. A "hack," they insist, is the kind of electronic transfer that can be tracked fairly easily, by the NSA for example. On the contrary, their research suggests that the information in question was downloaded onto a thumb-drive and then leaked by a DNC insider . Craig Murray, the former British Ambassador and close associate of Julian Assange, has made the same claim : "The documents came from inside leaks, not hacks."

If that's true, if Clinton's emails weren't stolen by Russia but were disclosed by someone on the inside, it means Comey and Mueller (and professional liar, John Brennan ) had to have known all along that there was no hack, no Russian interference. They knew, which means maybe, just maybe, they weren't conducting an investigation so much as they were helping "catapult the propaganda " - in this case, that the Trump campaign had colluded with Russia to steal the election - secret participants in a covert operation put into play by Democratic elites.

In the aftermath of the Mueller Report it appears Donald Trump and Republican party leaders are beginning to find their footing, led by Attorney General Bill "The Pardoner" Barr. In May, Barr opened an investigation into how the Russia Investigation began and put John Dunham, US Attorney of Connecticut, in charge. Dunham is a Trump appointee who the White House says "share[s] Trump's vision for 'making America safe again'." After two and a half years of dancing on the defensive, Republicans will have a chance to ask the tough questions. Why didn't Comey subpoena the DNC server immediately? Why would the FBI trust CrowdStrike, a company with a shady past? Who made the decision not to subpoena?

It's a safe bet they'll also have questions for the individuals who coerced made contact with all those Trump associates. Who are these people? What do we know about them? What are they selling? And voila! Before you can say "CIA," enter Josef Mifsud. He's the guy who told George Papadopoulos that Russia had "dirt" on Hillary Clinton (and who has suddenly gone missing). Or how about Stefan Halper? Like Mifsud, Halper met repeatedly with both Papadopoulos and Carter Page; like Mifsud, Halper has long-standing ties to US and British Intelligence. There are others but you get the point.

To recap: Democratic elites lose power, execute an intelligence operation to sabotage the election results and get caught in the act. (I'm looking at you, Barry .) Republican elites gain the White House but get tangled up in Russia-gate and have only just begun to twist the narrative in their favor. Will Mifsud resurface? Will Halper survive? Will the Senate demand testimony under oath? Will the House object? Will any of these crooks see the inside of a prison?

Sure they will. Because, after all, "no one is above the law."

Welcome to War of the Roses, American-style.

ABOUT THE AUTHOR
B K Faunce is a teacher, writer, & filmmaker living in California.