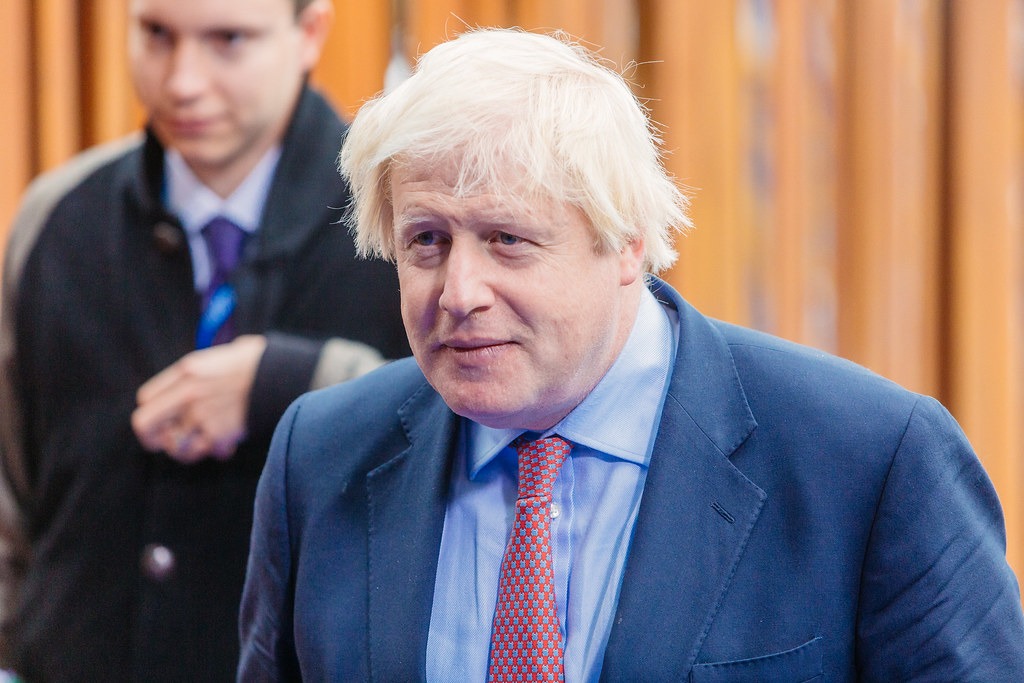 [dropcap]T[/dropcap]he ruling classes are generally intelligent, in a devious way, of course. You don’t get to be a billionaire and keep your billions through idiocy. The indoctrination system of private schools and Ivy League colleges trains the young of the ruling classes in how to maintain and expand their power. But even the most cunning individual can fall victim to the pitfalls of human foibles and systemic changes. The Republican Party is a case in point. The anti-tax fanatics of the Tea Party movement symbolized the first of the hard-right’s feet in the door of the White House. Inspired by the potential of the Tea Party, millionaire ex-Goldman Sachs banker, Steve Bannon, co-founded Breitbart News in an effort to mobilize disaffected, largely middle class voters who had seen their wealth decline over the 40 year period of neoliberalism. Bannon did so by using Breitbart to whip up all manner of hate against Muslims, progressives, “globalists,” feminists, and the Left in general. At the same time, a billionaire opportunist named Donald Trump used the hard-right faction of the GOP, along with far-right voters on the periphery, to become President.

Trump, Bannon, and their mega-wealthy colleagues, like hedge fund billionaire Robert Mercer, were part of the pro-Brexit push in the UK. Brexit has caused deep divisions in the UK political establishment: half of whom feel more comfortable in the neoliberal, anti-democratic European Union, while the other half see opportunities for an ultra-neoliberal form of nationalism outside of the EU, which they hope will involve signing a “free trade” deal with the U.S.; which means privatizing what’s left of British public services and capturing volatile British financial markets.

But the intelligence of those who expand their wealth has limits, especially when they fight each other, as is now happening.

BoJo’s donations in the prime ministerial campaign 2019 are not surprising, either. In addition to getting a political endorsement from Donald Trump, receiving advice on speeches from the racist (that’s “a badge of honor” for him) Steve Bannon, and rhetorically championing the former pair’s pro-Brexit ideology, Reuters reports that BoJo had “broken the record for the most money raised by a British politician.”

Just as Trump’s backing came largely from hedge funds, BoJo’s also came from hedge funds and “companies based in tax havens” (Reuters). Two Tories, Terence Mordaunt and Sir David Ord, donated to BoJo’s campaign via their company Bristol Port’s subsidiary, First Corporate Shipping. But Mordaunt is a director of the climate change-questioning Global Warming Policy Forum, an arm of the Global Warming Policy Foundation. Greenpeace criticized the group, which could explain why a group of Greenpeace protestors tried to block the motorcade taking BoJo to meet the queen and get approval to form his government.

In other ways, BoJo is unlike other leading Tory politicians. Where their racism is implicit (such as then-Home Secretary Theresa May’s Go Home vans targeted at “illegal” immigrants (read: a dog-whistle against all immigrants)), BoJo is explicitly racist: Africans are “piccaninnies” with “watermelon smiles”; women in burqas look like “bank robbers” and “letterboxes”; Muslim women have to go to university “to find men to marry”; the cultural influence of China is “nil,” so it’s not important to teach children Mandarin; Obama may have hated the UK because of his “ancestral dislike” of the British Empire; and on and on. (Sources for most of these quotes can be found in my book, The Great Brexit Swindle, 2016.)

BoJo is also unusual in that his colleagues see him as an utter liability. His resignation from the Foreign Office is referred to by its employees as “liberation day,” with colleagues describing him in the role of Foreign Secretary as unfocused, unreliable, and self-centered. BoJo’s appointment as PM in Britain’s “democracy” was made by 0.3 percent of the electorate; namely Tory party members: the vast majority being rich, white, male, and older-to-elderly. Sixty percent of them think that Islam is a threat to “Western civilisation.” According to the Lord Ashcroft polls, these are the same kind of people who voted for Brexit and who believe that internationalism, feminism, environmentalism, and immigration are to blame for supposed cultural collapse. In other words, deluded wingnuts. In fact, the Tory grassroots, admittedly with some entryism from the hard-right UK Independence Party and Brexit Party, have gone off the wall: a majority would rather see the end of the Tory Party and indeed of the nation as a United Kingdom (i.e., allowing the pro-EU Northern Ireland and Scotland to secede) than not get their Brexit.

Who better to take charge of such a mess than a clown?

From the mid-2000s on, these kind of views were pushed to the fringes of the Parliamentary Conservative Party in its effort to win votes from the more sane elements of the broader population. This, as well as the general centralization of power within the party, caused despair among the Tory grassroots, who felt that the political class were not responsive to their interests. But the Trump-supporting Brexit Party, led by ex-City trader and Trump pal, Nigel Farage, changed all that. Suddenly, Tory MPs saw the value of having a BoJo-led government. Theirs is a cynical effort to compete with the Brexit Party during the next election. Once the fabled “men in gray suits” told PM Theresa May to get lost, grassroots Tories had new lease of life and voted overwhelmingly for BoJo to become their–and thus the people of the UK’s–new PM.

All of this was tragically inevitable and echoes what happened in the US, especially the split between the grassroots GOP (many of whom love Trump) and their “representatives” in Congress (many of whom loathe him). But not all Tory MPs are happy. They know that according to survey agency YouGov, BoJo is a divisive figure, with 43 percent of the general public describing him as “likable” and 41 percent as “dislikable.” But 58 percent to 31 percent have a unfavorable view of the “circus act,” as former Foreign Minister Alan Duncan describes him; clownery being another trait shared by Trump and BoJo. The Scots, who have traditionally hated Tories, have changed their opinion about wanting their country to remain part of the UK. Now that BoJo is PM, a slight majority of Scots want to secede from the United Kingdom and join the EU as a newly sovereign nation-state.

The tragic inevitability of BoJo, the racist clown, entering No. 10 is a sign that the cunning with which the ruling classes have so far governed has faltered under the weight of their greed; in this case to maximize their already obscene profits by leaving the EU. Instead of going with the flow, they have torn each other apart over their ideologies. The pro-Brexit faction has learned the art of self-deception; that somehow the election by a hard-right, privileged 0.3 percent of the population (in a Parliamentary democracy) of a bigoted, politically unpopular buffoon with no mandate, hated by many of his own colleagues, is the golden path towards “liberation” from the EU and certain victory at the next general election.

In the real world, this can only be a good thing for the working classes, because it could hasten the arrival of Jeremy Corbyn, leader of the now-genuine Labour Party, to No. 10: assuming that the deep state and right-wing elements within the Labour Party fail to pull out all the stops to prevent Corbyn’s election.

ABOUT THE AUTHOR
Dr. T. J. Coles is director of the Plymouth Institute for Peace Research and the author of several books, including Voices for Peace (with Noam Chomsky and others) and the forthcoming Fire and Fury: How the US Isolates North Korea, Encircles China and Risks Nuclear War in Asia (both Clairview Books).

For a Peaceful and United Korea

Trump vs. the Squad, or the Fascist Use of Zionism