[dropcap]I[/dropcap]n a ruling published late Tuesday, Judge John Koeltl of the US District Court for the Southern District of New York delivered a devastating blow to the US-led conspiracy against WikiLeaks founder Julian Assange. 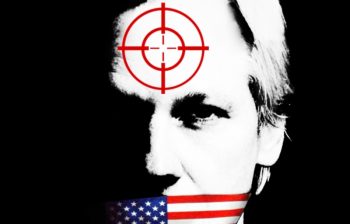 In his ruling, Judge Koeltl, a Bill Clinton nominee and former assistant special prosecutor for the Watergate Special Prosecution Force, dismissed “with prejudice” a civil lawsuit filed in April 2018 by the Democratic National Committee (DNC) alleging WikiLeaks was civilly liable for conspiring with the Russian government to steal DNC emails and data and leak them to the public.

Jennifer Robinson, a leading lawyer for Assange, and other WikiLeaks attorneys welcomed the ruling as “an important win for free speech.”

The decision exposes the Democratic Party in a conspiracy of its own to attack free speech and cover up the crimes of US imperialism and the corrupt activities of the two parties of Wall Street. Judge Koeltl stated:

If WikiLeaks could be held liable for publishing documents concerning the DNC’s political financial and voter-engagement strategies simply because the DNC labels them ‘secret’ and trade secrets, then so could any newspaper or other media outlet. But that would impermissibly elevate a purely private privacy interest to override the First Amendment interest in the publication of matters of the highest public concern.

The DNC’s published internal communications allowed the American electorate to look behind the curtain of one of the two major political parties in the United States during a presidential election. This type of information is plainly of the type entitled to the strongest protection that the First Amendment offers.

The dismissal of the civil suit exposes massive unreported conflicts of interest and prosecutorial misconduct and criminal abuse of process by those involved. The criminal prosecution of Assange has nothing to do with facts and is instead aimed at punishing him for telling the truth about the war crimes committed by US imperialism and its allies.

The ruling exposes the illegality of the conspiracy by the US government, backed by the governments of Britain, Ecuador, Australia and Sweden and the entire corporate media and political establishment, to extradite Assange to the US, where he faces 175 years in federal prison on charges including espionage.

The dismissal of the civil suit exposes massive unreported conflicts of interest and prosecutorial misconduct and criminal abuse of process by those involved. The criminal prosecution of Assange has nothing to do with facts and is instead aimed at punishing him for telling the truth about the war crimes committed by US imperialism and its allies.

The judge labeled WikiLeaks an “international news organization” and said Assange is a “publisher,” exposing the liars in the corporate press who declare that Assange is not subject to free speech protections. Judge Koeltl continued: “In New York Times Co. v. United States, the landmark ‘Pentagon Papers’ case, the Supreme Court upheld the press’s right to publish information of public concern obtained from documents stolen by a third party.”

As a legal matter, by granting WikiLeaks’ motion to dismiss, the court ruled that the DNC had not put forward a “factually plausible” claim. At the motion to dismiss stage, a judge is required to accept all the facts alleged by the plaintiff as true. Here, the judge ruled that even if all the facts alleged by the DNC were true, no fact-finder could “draw the reasonable inference that the defendant is liable for the misconduct alleged.”

Going a step further, the judge called the DNC’s arguments “threadbare,” adding: “At no point does the DNC allege any facts” showing that Assange or WikiLeaks “participated in the theft of the DNC’s information.”

Judge Koeltl said the DNC’s argument that Assange and WikiLeaks “conspired with the Russian Federation to steal and disseminate the DNC’s materials” is “entirely divorced from the facts.” The judge further ruled that the court “is not required to accept conclusory allegations asserted as facts.”

The judge further dismantled the DNC’s argument that WikiLeaks is guilty-by-association with Russia, calling the alleged connection between Assange and the Russian government “irrelevant,” because “a person is entitled to publish stolen documents that the publisher requested from a source so long as the publisher did not participate in the theft.”

Judge Koeltl also rejected the DNC’s claim “that WikiLeaks can be held liable for the theft as an after-the-fact coconspirator of the stolen documents.” Calling this argument “unpersuasive,” the judge wrote that it would “eviscerate” constitutional protections: “Such a rule would render any journalist who publishes an article based on stolen information a coconspirator in the theft.”

In its April 2018 complaint, the DNC put forward a series of claims that have now been exposed as brazen lies, including that Assange, Trump and Russia “undermined and distorted the DNC’s ability to communicate the party’s values and visions to the American electorate.”

The complaint also alleged: “Russian intelligence services then disseminated the stolen, confidential materials through GRU Operative #1, as well as WikiLeaks and Assange, who were actively supported by the Trump Campaign and Trump Associates as they released and disclosed the information to the American public at a time and in a manner that served their common goals.”

At the time the DNC filed its complaint, the New York Times wrote that the document relies on “publicly-known facts” as well as “information that has been disclosed in news reports and subsequent court proceedings.” The lawsuit “comes amid a swirl of intensifying scrutiny of Mr. Trump, his associates and their interactions with Russia,” the Times wrote.

The first of these articles was published just weeks after the New York Timeshired James Bennet as its editorial page editor in March 2016. James Bennet’s brother, Michael Bennet, is a presidential candidate, a senator from Colorado and former chair of the DNC’s Democratic Senatorial Campaign Committee. In 2018, Bennet signed a letter to Vice President Mike Pence noting he was “extremely concerned” that Ecuador had not canceled asylum for Assange, who was then trapped in the Ecuadorian embassy in London.

“It is imperative,” the letter read, “that you raise US concerns with [Ecuadorian] President [Lenin] Moreno about Ecuador’s continued support for Mr. Assange at a time when WikiLeaks continues its efforts to undermine democratic processes globally.”

In April 2019, after the Trump administration announced charges against Assange, the New York Times editorial board, under James Bennet’s direction, wrote: “The administration has begun well by charging Mr. Assange with an indisputable crime.” Two weeks later, Michael Bennet announced his presidential run and has since enjoyed favorable coverage in the Timeseditorial page.

On Wednesday, the Times published a brief, six-paragraph article on page 25 under the headline, “DNC lawsuit against election is dismissed.” In its online edition, the Times prominently featured a link to its special page for the Mueller Report, which is based on the same DNC-instigated threadbare lies that Judge Koeltl kicked out of federal court.

ABOUT THE AUTHOR
Eric London is a senior editorial writer with wsws.org, a Marxian publication.