August 4, 2019 9 minutes read
Please make sure these dispatches reach as many readers as possible. Share with kin, friends and workmates and ask them to do likewise. 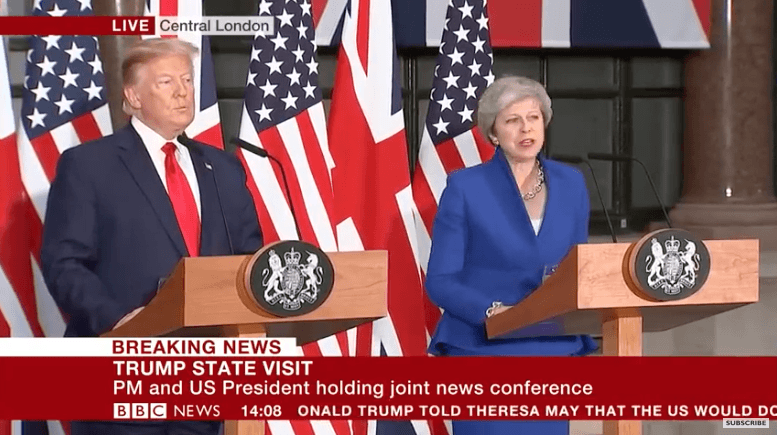 The anglozionist ruling classes are dead set on causing Iran a great deal of pain, and ideally depriving Tehran of its sovereignty, so nothing their socopathic figureheads say is that surprising.

[dropcap]T[/dropcap]aking over from Britain’s colonial role in exploiting the country, the US has bullied and tried to intimidate Iran for decades. The ongoing pretext for strangling Iran economically is that Iran is developing nuclear weapons. The UN’s International Atomic Energy Agency repeatedly finds no evidence for this repeated US-led lie. Then-US President Barack Obama’s Task Force explained the real, as opposed to rhetorical, reasons for US opposition to Iran’s development of enriched uranium for its civilian nuclear energy programme, to which Iran is entitled under Article IV of the Nuclear Non-Proliferation Treaty–a treaty regularly violated by the UK and US, and to which their ally Israel is not party, despite having undeclared nuclear weapons. The Obama-era Task Force report reads:

“So long as the United States firmly opposed Iran’s [civilian nuclear] Bushehr facility, no friendly Arab state actively pursued civil nuclear power. But once Washington accepted that Iran could have a nuclear power plant, the United States was in no position to press its friends not to pursue a capability it had agreed Iran could have … [I]f an agreement is reached legitimizing even limited enrichment on Iranian soil, other countries may well be interested in having the same capabilities, and it could be difficult diplomatically to dissuade them from this pursuit … Demonstrating how seriously the international community is concerned about Iran’s actions might discourage imitators.”

A media serving the interests of the public, not US foreign policy elites, would make this reminder–that Iran is being abused by the US to deter regional states from moving away from fossil-fuel dependence–regular headline news. Others want all-out war. Veteran reporter Seymour Hersh revealed a plan by then-US Vice President (some say real President), Dick Cheney, to stage a fake maritime incident between “Iranian” (disguised US vessels in reality) and US warships. Hersh says:

“There was a dozen ideas proffered about how to trigger a war. The one that interested me the most was why don’t we build — we in our shipyard — build four or five boats that look like Iranian PT boats. Put Navy seals on them with a lot of arms. And next time one of our boats goes to the Straits of Hormuz, start a shoot-up.”

SANCTIONS: “MAKE THE PAIN MUCH GREATER”

In 2012, Britain joined the US’s imposition of economic sanctions on Iran. Then-UN Secretary-general Ban Ki-moon described “significant effects on the general population, including an escalation in inflation, a rise in commodities and energy costs, an increase in the rate of unemployment and a shortage of necessary items, including medicine.” Britain’s then-Defence Secretary, Philip Hammond, informed the Iranians: “We can definitely make the pain much greater.” (Hammond is now working as a Member of Parliament to block Britain’s no-deal exit from the European Union, ironically in fear of food and medicine shortages. Fine for Iranians to suffer, but not us, thank you very much.)

The so-called “nuclear deal” praised by “liberal” Western media was, in reality, a disaster for Iran, which the government signed with an economic noose around its neck. In 2015, Iran and the EU (including Britain) signed the Joint Comprehensive Plan of Action (JCPOA). The United Nations Security Council, meaning in theory the US, too, adopted the JCPOA as UNSCR 2231. Iran agreed to limit its civilian nuclear energy programme and allow enhanced inspections by the International Atomic Energy Agency, which as noted fails to find any convincing evidence of an Iranian WMD programme. The “agreement” states that “[t]he JCPOA will produce the comprehensive lifting of all UN Security Council sanctions as well as multilateral and national sanctions related to Iran’s nuclear programme, including steps on access in areas of trade, technology, finance, and energy.”

But the US immediately violated the spirit of the JCPOA. The Congressional Research Service states that despite Obama’s lifting of “relevant sanctions,” whatever that means, the reality is that sanctions remained in place and thus in violation of the spirit if not letter of the JCPOA. “Remaining in place were a general ban on U.S. trade with Iran and sanctions on Iran’s support for regional governments and armed factions, its human rights abuses, its efforts to acquire missile and advanced conventional weapons capabilities, and the Islamic Revolutionary Guard Corps.”

In May 2018, US President Trump signed a National Security Presidential Memorandum, “ceasing” US “participation in the JCPOA.”

In May of this year, Ret. Special Agent in Customs, Karl Golovin, asked the US Joint Chiefs of Staff Chair, Gen. Dunford, about “the potential for false flag terrorism, leading us into war with Iran.” Unusually, Gen. Dunford responded:

“Yeah, look, I’m not going to answer the question directly. I don’t know what others want, but I’ll just tell you this, I am very familiar with the consequences of going to war and take the responsibility of providing military advice in that regard very seriously … Are there people who might like to get the United States to do something? Certainly you can see that even in the open source where that speculation is out there. But I can guarantee you, that’s not going to inform the military advice…”

The British House of Commons Library reports that the US sent an aircraft carrier to the Gulf, citing alleged Iranian escalations of proxy activities in the region. But it adds: “A deputy commander of the Iraq-based coalition fighting ISIS/Daesh, a British Major General, appeared to contradict that on 14 May: ‘There are a substantial number of militia groups in Iraq and Syria, and we don’t see any increased threat from any of them at this stage’.”

On 12 May, Iran was blamed by the US for sabotaging four oil tankers: two of which were Saudi (an enemy of Iran), one Norwegian (neutral), and one from the United Arab Emirates (a Western ally). Despite claims that Iran was to blame, the United Arab Emirates’ inquiry submitted to the UN Security Council did not mention Iran. In June, Iran was blamed by the US for attacking two tankers, Front Altair and Kokuka Courageous, providing fuzzy video to support its case. But when asked for specific evidence, the UK’s Minister for the Middle East, replied:“we are as sure as we can be.”

On 4 July, thirty British Royal Marines were alleged to have commandeered, in Gibraltarian waters, the Iranian-operated tanker, Grace I, supposedly to stop its “unlawful” delivery of oil to Syria. Iran argues, plausibly, that this was a violation of international law because the EU sanctions against Syria do not apply to non-EU states. Britain argues that Iran was using Gibraltarian waters to break the law. But this misses the point: What legal or moral right does the US or EU or Gibraltar have to dictate the nature of Iran’s oil sales?

How do you come on a ship like this with armed forces and such brute force. For what reason?” (BBC’s ellipses). The British Ministry of Defence describes this brutality as “standard operating procedure.”

“Perhaps what is most interesting about this seizure is that it was carried out pursuant to the ‘Sanctions Regulations 2019’ enacted by Gibraltar on 3 July, just one day before the seizure. Those Regulations give the Chief Minister of Gibraltar powers to designate a vessel as a ‘Specified Ship’ if he ‘has reasonable grounds to suspect that the ship … has been, or is likely to be, involved in a breach of the EU Regulation’. The EU Regulation in question is Regulation (EU) No. 36/2012 and a ‘Specified Ship Notice’ was issued in Gibraltar on 3 July 2019 naming the Grace 1.”

The Observer’s Simon Tisdall cites “evidence” that US National Security Advisor John Bolton’s “national security team was directly involved in manufacturing the Gibraltar incident … when US spy satellites, tasked with helping block Iranian oil exports in line with Trump’s global embargo, began to track Grace I on its way, allegedly, to Syria, Bolton saw an opportunity.” In addition to remember Dick Cheney’s scheme from more than a decade ago, it should also be remembered that Bolton wrote a book about Iran and US-led geopolitics in general, entitled Surrender Is Not An Option. Spain does not formally recognize Britain’s territorial claims over Gibraltar. Why didn’t the Spanish intervene in this allegedly unlawful Iranian move? Because the US, presumably as part of the “trap,” already tipped off British intelligence (read: instructed them to seize the vessel).

Britain has pirated and plundered Iran for well-over a century, most notably by stealing its oil via the virtual monopoly, Anglo-Persian (now BP). The US worked with Britain in 1953 to overthrow the Mossadeq government. They imposed the blood-thirsty Shah on the people of Iran and never forgave the Iranians for shaking off their shackles in the Islamic Revolution 1979. In addition to arming Iran’s enemy-next-door, Saddam Hussein, during the brutal war (1980-89), the US, Britain and Israel have engaged in subversion activities, including murder and sabotage. The recent seizure of the Iranian tanker is a continuation of imperial policy.

ABOUT THE AUTHOR
Dr. T. J. Coles is director of the Plymouth Institute for Peace Research and the author of several books, including Voices for Peace (with Noam Chomsky and others) and the forthcoming Fire and Fury: How the US Isolates North Korea, Encircles China and Risks Nuclear War in Asia (both Clairview Books).

The Nature of the ( Absentee Landlord) Beast

Lee Camp: Jesse Ventura On MSNBC Paying Him To Not Talk About War