[dropcap]W[/dropcap]hen I started working on our family’s farm, we didn’t call it “organic farming”; we called it “farming.” Sustainable methods were the agricultural norm in the provinces of the Upper Midwest until the early 1970s. It was labor intensive, which meant us kids went to work in the fields picking rocks or hoeing beets by the age of five. I didn’t mind. It was more fun than sitting in the house watching reruns of Dragnet or Adam 12. 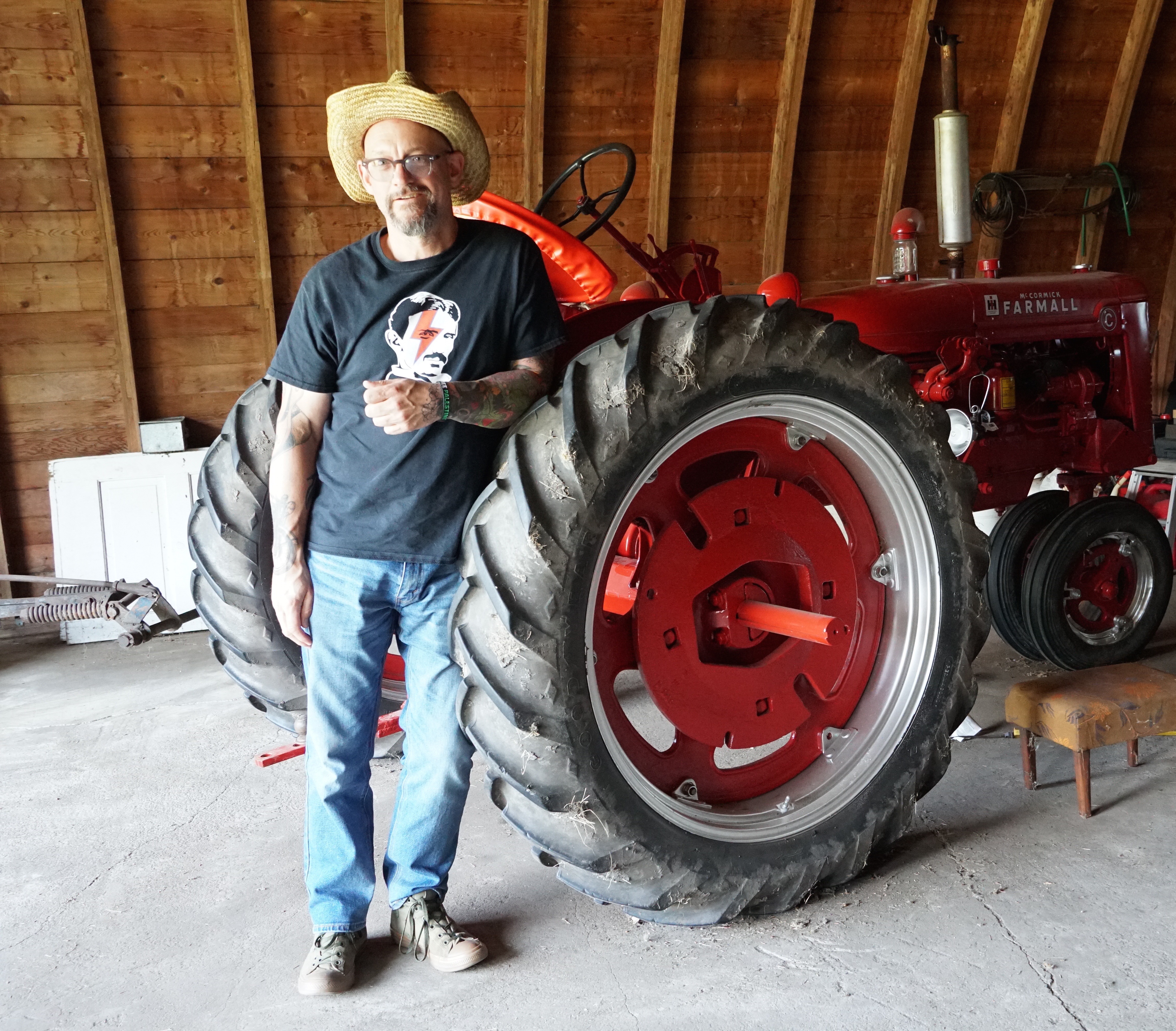 "My father’s generation, raised on radio and later television propaganda, didn’t grow to maturity in a world that valued community and compassion and care, as had their parents; they grew up in a world bombarded with advertisements indoctrinating them to believe that the only thing that mattered was earning money and acquiring possessions..."

Things started to change around the time I turned eight. Like nine out of every ten farmers back when the draft was still a thing, the military conscripted Dad. Dad lost much of his hearing firing .50 caliber machine guns without ear protection in the army, but he did get medical assistance from the Veteran’s Administration as a going-away present. In the late 1960s the VA started a program that paid farmers $250 per month to attend what they called “ag school.” That was a shit-pile of money in those days. One night each week Dad drove into town for ag school and heard lectures given by representatives from Cargill and Dow Chemical and International Harvester. Today we’d call these “infomercials,” but in those pre-internet days most farmer/veterans didn’t grasp the concept of commercial, much less infomercial. They had every reason to believe everything anyone wearing a suit told them. If said suit could project numbers on a screen through an overhead projector, well, there you go, carved in stone as if handed down by God his own self. Dad’s generation was no more inclined to question representatives of Agco or John Deere than it was to question whether or not Lot was really all that righteous.

When the ag reps told these veteran-farmers to take out operating loans so they could buy tens of thousands of dollars’ worth of revolutionary products like anhydrous ammonia, Round Up herbicide, and other toxic substances that caused gangrenous tumors on the containers it came in, promising them they’d increase their yields by a bazillion percent, they stood in line after “class” to sign the papers. They signed everything away with a smile, many of them sporting their first certifiable chubby since Marilyn Monroe went to be with Jesus. The banking system pissed itself with excitement over the opportunity to loan these men ridiculous amounts of money and hold their farmland as collateral.

When the ag reps told these veteran-farmers to take out operating loans so they could buy tens of thousands of dollars’ worth of revolutionary products like anhydrous ammonia, Round Up herbicide, and other toxic substances that caused gangrenous tumors on the containers it came in, promising them they’d increase their yields by a bazillion percent, they stood in line after “class” to sign the papers.
Everything went extremely well for the farmers as long as the price of grain remained high, which like all status quos was expected to remain forever static. And like all status quos, the booming grain market of the mid-1970s failed to meet expectations. As the decade wound down, the grain market—and the entire economy—crashed spectacularly. Since blaming everything on Russia was as fashionable during the Cold War as it is today, the cause given was Russia’s invasion of Afghanistan and the ensuing grain embargo, but really it was all part of the mission statement behind the whole enterprise in the first place: take the peasants’ land. And take the peasants’ land they did; throughout the decade of the 1980s family farms, many of which were struggling because the patriarch of the family had died of cancer from working with the toxic chemicals he’d bought from those well-dressed young sales reps at the VA’s ag school, were virtually wiped from the landscape.

Like almost all the other independent farmers, we lost the farm that had been in our family since my great grandmother emigrated from Sweden with my grandfather gestating in her belly. Today virtually all farm land in America is owned by gigantic corporations practicing a form of agriculture that more closely resembles the raping and pillaging of my Viking ancestors than the sustainable farming methods my great grandparents brought from Sweden. The corporate oligarchy achieved its goal of owning everything there is to own by conning the jordbrukare peasants into abandoning practices that had sustained the land for thousands of years, then drove them into bankruptcy by financing the purchase of miraculous chemicals.

My grandparents emigrated from a socialist society, and they brought Scandinavia’s democratic ideals with them. My grandfather became involved with the Wobblies and Farmers’ Union movements, and he died thinking that Ronald Reagan was the reincarnation of djävulen. But my father’s generation, raised on radio and later television propaganda, didn’t grow to maturity in a world that valued community and compassion and care, as had their parents; they grew up in a world bombarded with advertisements indoctrinating them to believe that the only thing that mattered was earning money and acquiring possessions. They were deer in the headlights when the corporate oligarchy barreled down on them in its predatory capitalist machine.

Things started to fall apart about the time I went through puberty, which was a special kind of hell in a town where 43 of the 67 girls in school were my first cousins. When the economy began collapsing around our ears it seemed like a normal cyclical thing. If the price of wheat or sunflowers fell a bit, the banks just added another $50 grand to next year’s operating loan. When the price of grain fell too far, the Department of Agriculture paid people to store grain, so the farmers kept on overproducing and built more and more bins to store the excess grain they couldn’t sell, paying for those structures with even more borrowed bank money.

But eventually that system collapsed. Like all Ponzi schemes, it imploded from its own entropy. Vulture capitalists swooped in to pick the carcasses clean. Quite a few farmers committed suicide when they lost their farms. My own dad almost did—he loaded a gun and drove out to one of the fields he was about to lose, intending to shoot himself. He came to his senses, but many of my friends had fathers who followed through on that plan. Suicide, alcoholism, divorce, drug addiction, and abuse of every sort became the norm in the wreckage of our community. The trauma of losing the land that our grandparents had settled turned our isolated world into an open wound.

That wound never really healed. The scabs eventually peeled away, revealing a grotesque new landscape where most of the farmland was owned by giant corporations. Family farms became feudal estates where the descendants of the families that had once farmed the land now work as serfs. The number of farms in Minnesota plummeted and continues to shrink. Between 1998 and 2017 the number of dairy farms in Minnesota fell from 10,000 mostly family-owned farms to 2,000 mostly corporate-owned giant factory farms where the grandchildren and great grandchildren of the original settlers work and occasionally die in giant manure pits after being overcome by fumes.

One of the sustainable farming methods my ancestors taught us was something the old Swedes called sommaren trädesåker—“summer fallow”—the practice of farming a piece of land for three years, then letting it lie fallow for a year. We’d plant cash crops and on the third year we’d plant sweet clover with the grain. The fourth year the clover would grow and when it was at its peak, we’d plow it down, tilling the nutrient-rich soil to keep weeds at bay. The following year that land would begin another three-year cycle of producing crops.

Well-dressed sales reps from Monsanto and Koch Fertilizer convinced my dad’s generation to substitute anhydrous ammonia and other chemicals for the practice of letting land rest fallow every fourth year. Now those same corporations own the farms these men once owned, forcing the humans who used to work those farms to lie fallow. 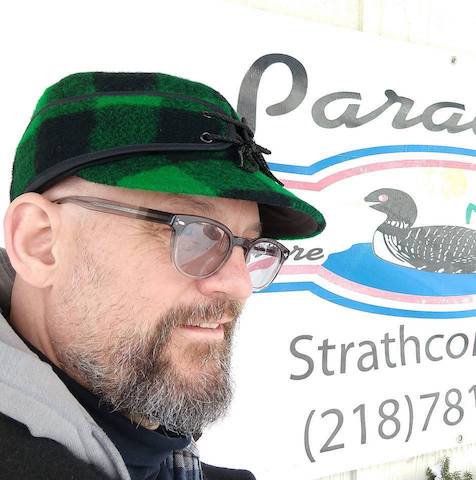 Darwin Holmstrom has written, co-written, or contributed to over forty books on subjects ranging from motorcycles and muscle cars to the role of goats in mythology and Gibson Les Paul guitars. His books include American Muscle Cars, Let’s Ride: Sonny Barger’s Guide to Motorcycling, and The Complete Idiot’s Guide to Motorcycles. He’s currently working on his latest book, How to Build a Guillotine from Upcycled Pallets and other Ecologically Sound Tips for the Environmentally Conscious Revolutionary.