August 7, 2019
Please make sure these dispatches reach as many readers as possible. Share with kin, friends and workmates and ask them to do likewise. 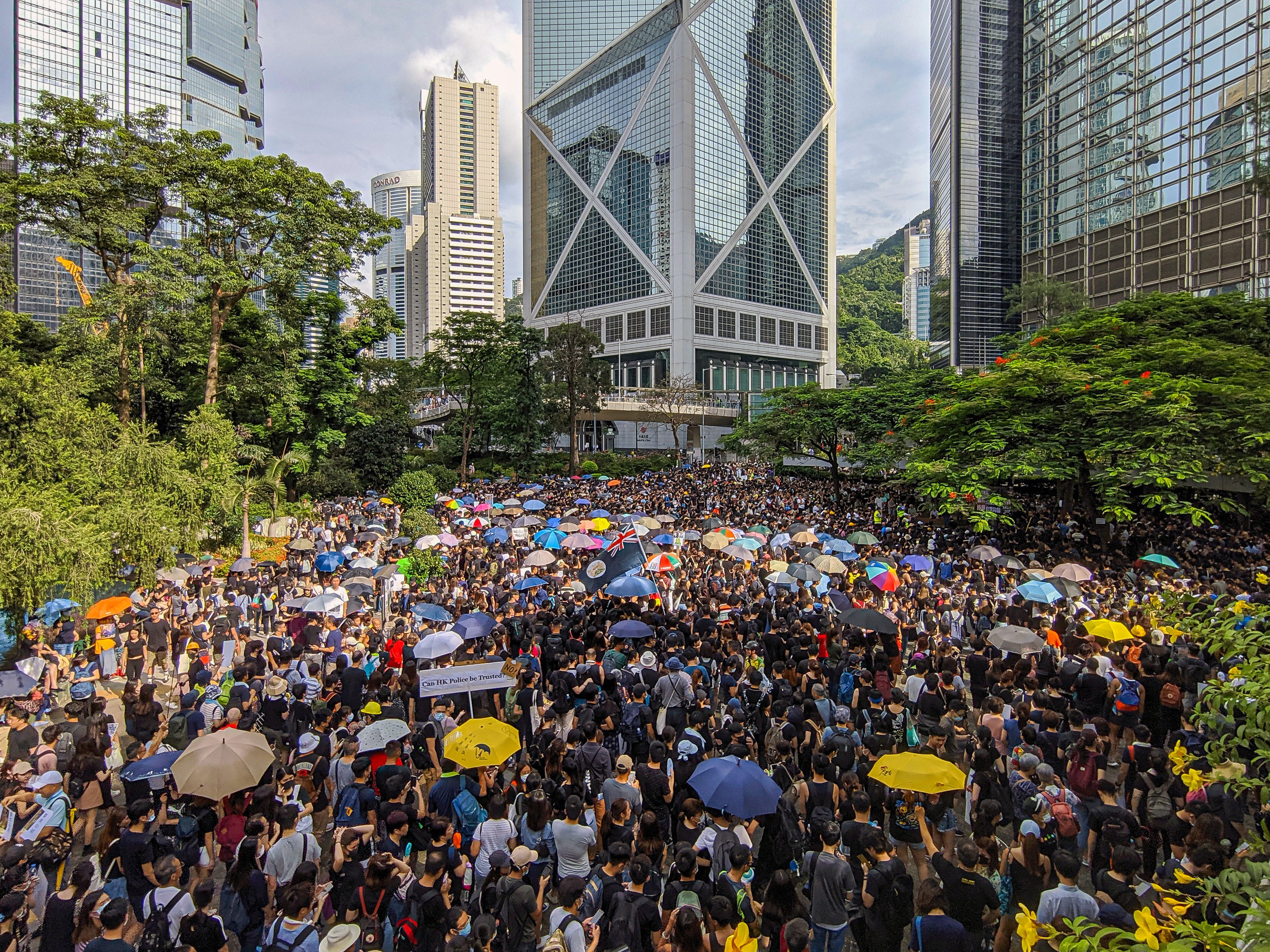 Readers from myriad latitudes have been asking me about Hong Kong. They know it’s one of my previous homes. I developed a complex, multi-faceted relationship with Hong Kong ever since the 1997 handover, which I covered extensively. Right now, if you allow me, I’d rather cut to the chase.

Much to the distress of neocons and humanitarian imperialists, there won’t be a bloody mainland China crackdown on protesters in Hong Kong – a Tiananmen 2.0. Why? Because it’s not worth it.

Beijing has clearly identified the color revolution provocation inbuilt in the protests – with the NED excelling as CIA soft, facilitating the sprawl of fifth columnists even in the civil service.

There are other components, of course. The fact that Hong Kongers are right to be angry about what is a de facto Tycoon Club oligarchy controlling every nook and cranny of the economy. The local backlash against “the invasion of the mainlanders”. And the relentless cultural war of Cantonese vs. Beijing, north vs. south, province vs. political center.

What these protests have accelerated is Beijing’s conviction that Hong Kong is not worth its trust as a key node in China’s massive integration/development project. Beijing invested no less than $18.8 billion to build the Hong Kong-Zhuhai-Macau bridge, as part of the Greater Bay Area, to integrate Hong Kong with the mainland, not to snub it.

Now a bunch of useful idiots at least has graphically proven they don’t deserve any sort of preferential treatment anymore.

The big story in Hong Kong is not even the savage, counter-productive protests (imagine if this was in France, where Macron’s army is actually maiming and even killing Gilets Jaunes/Yellow Vests). The big story is the rot consuming HSBC – which has all the makings of the new Deutsche Bank scandal.

HSBC holds $2.6 trillion in assets and an intergalactic horde of cockroaches in their basement – asking serious questions about money laundering and dodgy deals operated by global turbo-capitalist elites.

In the end, Hong Kong will be left to its own internally corroding devices – slowly degrading to its final tawdry status as a Chinese Disneyland with a Western veneer. Shanghai is already in the process of being boosted as China’s top financial center. And Shenzhen already is the top high-tech hub. Hong Kong will be just an afterthought.

While China identified “Occupy Hong Kong” as a mere Western-instilled and instrumentalized plot, India, for its part, decided to go for Full Occupy in Kashmir.

Curfew was imposed all across the Kashmir valley. Internet was cut off. All Kashmiri politicians were rounded up and arrested. In fact all Kashmiris – loyalists (to India), nationalists, secessionists, independentists, apolitical – were branded as The Enemy. Welcome to Indian “democracy” under the crypto-fascist Hindutva.

“Jammu and Kashmir”, as we know it, is no more. They are now two distinct entities. Geologically spectacular Ladakh will be administered directly by New Delhi. Blowback is guaranteed. Resistance committees are already springing up.

In Kashmir, blowback will be even bigger because there will be no elections anytime soon. New Delhi does not want that kind of nuisance – as in dealing with legitimate representatives. It wants full control, period.

Starting in the early 1990s, I’ve been to both sides of Kashmir a few times. The Pakistani side does feel like Azad (“Free”) Kashmir. The Indian side is unmistakably Occupied Kashmir. This analysis is as good as it gets portraying what it means to live in IOK (Indian-occupied Kashmir).

BJP minions in India scream that Pakistan “illegally” designated Gilgit-Baltistan – or the Northern Areas – as a federally administered area. There’s nothing illegal about it. I was reporting in Gilgit-Baltistan late last year, following the China-Pakistan Economic Corridor (CPEC). Nobody was complaining about any “illegality”.

Pakistan officially said it “will exercise all possible options to counter [India’s] illegal steps” in Kashmir. That’s extremely diplomatic. Imran Khan does not want confrontation – even as he knows full well Modi is pandering to Hindutva fanatics, aiming to turn a Muslim-majority province into a Hindu-majority province. In the long run though, something inevitable is bound to emerge – fragmented, as a guerrilla war or as a united front.

Welcome to the Kashmiri Intifada.

Chile Despertó! Chile Has Woken Up! The Rising...