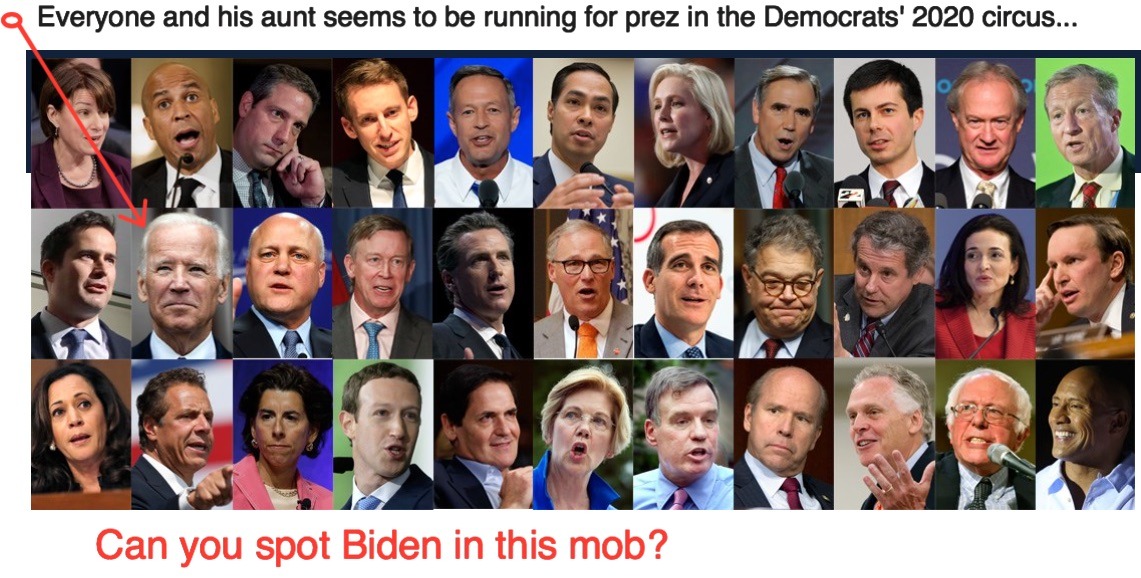 Literally all except for one (or maybe two) are complete sellouts and liable to do the bidding of their billionaire masters.

[dropcap]C[/dropcap]an one reasonably trust the campaign promises of Presidential candidates? Not at all! This isn’t only because the candidate might not be able to achieve his promises if elected, but even more it’s because in recent times, candidates haven’t been promising things that they actually intend to fight for if elected. Trump made a few progressive promises and also many conservative promises; and, as soon as he was elected, he dropped all of his progressive promises (such as restoring the Glass-Steagall Act, and such as reversing the Clinton-Bush-Obama policy of America serving as policeman — and judge, jury, and executioner — to the world), and implemented only the promises that Republican Party billionaires — his donors — either wanted or found acceptable to their own interests (such as locking up immigrants in private prisons). Similarly, Obama dropped his proposed “public option” the very moment he became elected, and he never fought for it, at all. The only promises that he did keep were the secret ones he had made to his biggest donors, such as when he secretly told the kings of Wall Street (major donors to his career), at the very start of his Presidency, “My administration is the only thing between you and the pitchforks. … You guys have an acute public relations problem. … I want to help. … I’m not out there to go after you. I’m protecting you.” And that’s exactly what he actually did do — also in secret. His public pronouncements were merely his personal propaganda. He was so gifted at lying, he fooled the Nobel Committee into granting him their Peace Prize — for his mere rhetoric.

The Economist/YouGov Poll August 3 - 6, 2019 - 1500 US Adult citizens 60B. Favorability of politicians — Joe Biden Do you have a favorable or an unfavorable opinion of the following people?

REMEMBER: All captions & pullquotes by the editors