Lenin Moreno’s Betrayal is “Worse than an Assassination”

August 8, 2019
Please make sure these dispatches reach as many readers as possible. Share with kin, friends and workmates and ask them to do likewise. 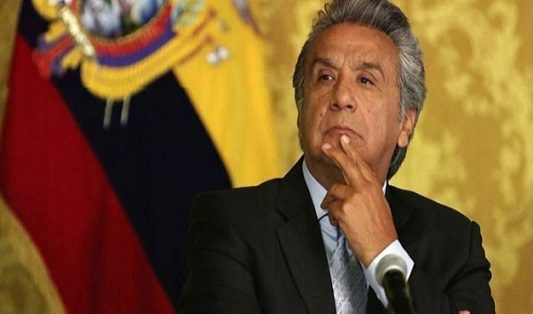 (Photo by the author)

I’ve tried to understand Lenin Moreno’s attitude since he became the President of Ecuador, or even better, I’ve tried to know if his behavior since he took office is new or if it has been normal throughout his life. The answer to this question is very important. Even though Moreno betrayed President Correa, the smallest problem in all this, what is highly relevant is the pernicious nature that led him to deliberately and purposefully deceive millions of Ecuadoreans who voted for him believing he would continue the Citizen’s Revolution project started in 2007, something that significantly changed the life in the country.

It should not be surprising either in these times of Donald Trump in the U.S.; Michelle Bachelet in Chile; Mauricio Macri in Argentina; Jair Bolsonaro in Brazil; Abdo Benitez in Paraguay; Alvaro Uribe in Colombia; Jose Mujica in Uruguay; Pedro Pablo Kuczynski in Peru; Enrique Peña Nieto in Mexico, and others. It is the simulation, tricks and using the population for private political ends that have now become the panacea for democracy that stopped being an instrument of usefulness for the people to becoming an instrument to use the people for individual purposes.

That is what Moreno has done. In the strict sense, he’s just a simple traitor. But it should be noted that his behavior as governor has maintained the stamp of what he has always been but cleverly concealed. In fact, his political career in public administration began under the corrupt government of Abdala Bucaram, who was removed from office, and continued years later during the not so innocent governments of Gustavo Noboa and Lucio Gutierrez.

Almost all the Ecuadorean governments of the first years of the 21 century suffered from the lack of a policy to develop cadre and political parties backing those governments. Instead they were more the individual leader considered almost infallible, who in turn fostered promotions to top level government positions based on a subjective basis of interpersonal relations, dismissing the history or political records of those individuals.

The press mob was silently doing its job as they ignored this weakness and fell in line by showing off the “qualities” of these outstanding candidates to rationalize and make them acceptable for their unilateral promotions.

Though Moreno betrayed Rafael Correa’s confidence and deceived the population, a strict analysis leads to conclude that he is not a traitor in terms of ideology. Betrayal is an attitude assumed against something you believe in and Moreno has never believed in anything but his personal glory. This is common of those who feel diminished and who grow insecurities through which they act defensively, with attacks and insults.

This is completely normal, what is not ordinary is that it is done by the President of a country. Moreno has managed to adapt his speech through time and styles. He was leftist when it was in style; he then took an entrepreneurial stance; continued with a social democratic turn to be more attractive for some sectors that supported him; to subsequently approach the Citizen’s Revolution project when the majorities embraced it. Now, in times of Trump, he is a neoliberal, pro-imperialist and anti-integration politician with those who go with the flow.

I’ve asked psychologist friends whether betrayal is a psychopathy. Some of them rejected the idea and commented that traitors almost always don’t perceive themselves as such; on the contrary, they think they are doing the right thing and that they are just misunderstood. According to other experts, betrayal is not a mental illness but a lack of capacity to handle internal tensions; that is to say, a personal defect. What is terrible in this case is that it occurs in the personality of a Head of State.

In this connection, well-known Venezuelan psychologist Alberto Barradas explained that betrayal is directly related to narcissism understood as “the excessive satisfaction of self-esteem,” causing a psychological tension between that “excessive self-esteem with the duty of maintaining loyalty.”

Barradas explained that traitors grow a “compensatory ability” given to a failure in their personality; thus, betrayal appears to correct that failure, usually turning it into intelligence and cleverness. Similarly, traitors usually have an obsessive personality in an attempt to handle with the struggle between loyalty and egocentricity, seeking to repress their low self-esteem but leading to a poor self-assurance and making themselves feel bad.

This fact would explain Lenin Moreno’s actions, which cannot be analyzed objectively or rationally. It is necessary to go beyond and be open-minded to note that we are facing a person who is acting obsessively to “compensate his pettiness” and that he “will not stop betraying because he can’t do it.”

We are able to understand then the fact that he handed over Julian Assange to the justice of the empire, even at the expense of his own country’s sovereignty; we can also understand why he signed an agreement with the International Monetary Fund (IMF), harmful to the interests of Ecuador because it entails a decrease on its GDP per capita and more macroeconomic instability affecting especially the poorest sectors; the same reasons why he is willing to give the Galapagos Islands, a U.N. world heritage site, for the United States to use one of its islands as a Southern Command air-sea base, with the immoral argument explained by Defense Minister Oswaldo Jarrin, when he said that “Galapagos is a natural aircraft carrier,” infringing on article 5 of Ecuador’s National Constitution banning the installation of foreign military bases in the country.

That obsessive personality to “compensate his pettiness” led Moreno to show no mercy for Jorge Glas, his former vice-president, when he gave orders to violate all his rights. A commission of deputies of the European Parliament is going to propose the expulsion of Ecuador from the Agreement with the European Union for human rights violations after they inspected the subhuman conditions in which the former vice-president is being detained and that his life is in danger. Glas was charged in a trial full of irregularities, his conviction has not been given a sentence yet as an appeal is still to be reviewed in September. Moreno has directly ordered that Glas be kept under prison conditions outside any law of its kind in a country that supposedly abides by the rule of law.

But the brave Ecuadorean people have started to wake up with strength from the lethargy of Moreno’s perfidy. The first sign of this was a mass national strike held in mid July that almost brought the entire country to a standstill. It mobilized the rank-and-file of the society and even of Moreno’s government. The strike also included community, indigenous, student, trade union, and transport organizations all of whom expressed their contempt against the agreement with the IMF, Moreno’s neoliberalism and his concession of the country’s sovereignty. Moreno’s response has been the only one he has, violent repression against the population.

A survey conducted in the cities of Quito and Guayaquil was released July 30 showing that 84% of the people polled now see the Moreno Administration in a bad light. When asked about if they liked or disliked Lenin Moreno as an individual, 75% percent expressed their dislike for him. This is normal. Nobody likes traitors.

It is worth recalling a quote from William Shakespeare’s “King Lear,” when the king is aware that his daughter Regan betrayed him he says it was “worse than an assassination.” That is the real dimension of Lenin Moreno’s macabre act as the President of Ecuador, becoming the assassin of his people’s confidence. 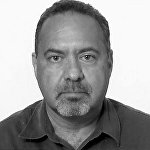 The War on White Supremacist Terror