Home ABOMINATIONS Bulletin For The Comfortable Class: Mass Murder Was Americana Before Trump Was Born!

Bulletin For The Comfortable Class: Mass Murder Was Americana Before Trump Was Born!

“The U.S. air war in Japan was one of the most ruthless
and barbaric killings of non-combatants in all history.”
—General Bonner Fellers:  MacArthur’s Intelligence Chief 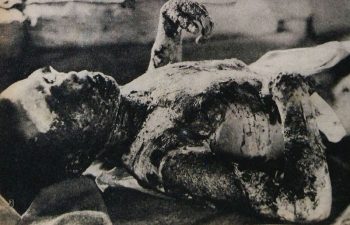 The recent anniversary of the mass murder that took place in Hiroshima, followed three days later by another mass murder in Nagasaki, would have dominated the consciousness of a nation in remorse for past horrors committed under the degenerate belief of justifiable homicide as long as its warfare. As the comment above helps make clear, these particular acts of dreadful violence were only unique in that one bomb was used for each city, instead of the thousands used to set fire to entire cities in Japan and Germany and immediately burn tens of thousands of their inhabitants to death. American ingenuity made it possible for an early and perverse form of one-stop-shopping as entire populations were slaughtered and cremated in one action, without need of camps, chambers, ovens or any other real or legendary forms of brutality. But hardly a moment was wasted on those past horrors given that America suffered tragedies occupying national consciousness due to what we’re told are Trump inspired outbursts of racist-sexist- madness, as usual having nothing to do with the political economics of blood profit capital but all about evil individuals and special categories of “identity groups” different from all other members of the human race. Somehow, this fanatic fundamentalism still works to keep us shopping, killing and destroying the environment in pursuit of ever greater personal fortunes for some, appalling poverty for far more, and majorities sinking into unpayable debt and facing planetary doom if radical transformation of the prevailing political economics are not performed for humanity’s sake and not just the pleasure of a minority identity group we worship: the rich.

With most of the nation under the control of mass media even more powerful than it was in the days of world war two, corporate mind management has us in a state of mourning over tragedies which cost the lives of 30 innocent Americans over a period of three days. Said to be murders committed by the mentally ill or fascists inspired by the evil trump, or both, the villains have some foaming at the mouth under around the clock bombardments of stories of the innocents, mourning by thousands and worst of all cries for vengeance against alleged fascism and/or white supremacy in a national racist mental ward counting deaths by identity group other than the human race and not noticing that most of the recent American victims were of the racist designated “white” group. 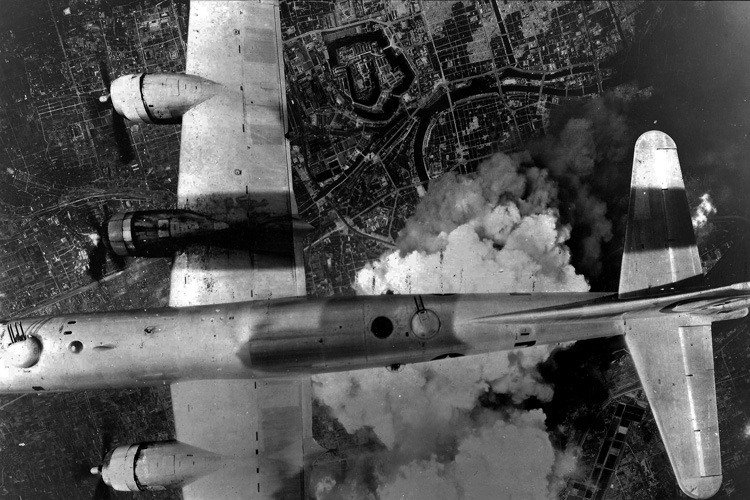 More than 3900 tons of high explosives and incendiary devices were dropped on Dresden. The city had no real urgent strategic value.

To put tragic deaths in perspective, while these poor souls were being murdered in Gilroy, El Paso and Dayton, some 200 other Americans, equally innocent of anything other than possible driving errors, died in the raging road wars of our overwhelmingly private profit transit system. It kills an average of 100 of us every single day and little if anything beyond a small notice appears in local newspapers with hardly anything said about the national insanity of such suffering inflicted on innocent people no more guilty of wrong than any of the poor souls murdered by affordable gun owning citizens in a nation with more than half a million humans who cannot afford the market force to enable them to find a place to live. That damned Trump! Oh wait…maybe it’s Putin? Or perhaps Oprah, Dracula or Joe Biden?
Those who think this nation was a Garden of Eden until the dreadful Trump became president need to learn their country’s history and not just that of one or another identity group somehow experiencing history in a vacuum of suffering or wealth while tens of millions of other people simply amount to works of fiction at best and matters of intense disrespect and outright bigotry, at worst. What is going on now isn’t even slightly new and blamed on one or another set of villains it displays a pattern in operation for generations and getting worse by the minute.
Trump is as much an aspect of our system as diversity, war, sex, jazz, TV, shopping, deceit, slander, pets, propaganda and love. All that is good and bad is hidden by some calling every American social disease since our founding as something of his creation. The continued divisions of Americans into racial categories in defiance of all science let alone common sense continues the work of individualism and racism that make us such a unique historic nation able to call itself a democracy while controlled by billionaires while millions of our children live in poverty, hundreds of thousands of our families live on the street and we spend trillions on war and billions on our pet animals. Is this a great country or what? Or at least it was until the vile Trump arrived, according to some who’ve been mentally murdered by the assault on consciousness conducted for generations but never quite as vile and all encompassing as at present, with the empire sinking faster and the danger to humanity growing at an even greater speed.
The American mass murders of the second world war in Japan and Europe were closely followed by mass butchery that killed millions in southeast Asia and our savage behavior towards humanity, under command and ownership of our royal 1%, has slaughtered more in the middle east over the last twenty years than we have sacrificed to profit making transit on our highways. This, while an upper class has expanded slightly, including what racism identifies as “people of color”, and some other groups previously trashed and treated as less worthy of life than what passed for “normal” have become acceptable members of the market hordes consuming more trash with less money. Meanwhile, our poverty and prison populations explode in this material land of over consumption for a minority that would make the originator of the term “conspicuous consumption”, Veblen, apologize for mincing his words in critique of capital.
We are told by legend and there is some material foundation for belief that in biblical times every few years there was a forgiveness of debt and it may have been easier for civilization, or what it was called then at a time long before the savage circus we call a democracy, to clearly see and react to a reality that could not go on without radical change. Of course, those poor souls didn’t have what we now are taught to call “social” media, which makes us so much smarter than those poor fools of the past that we can carry the burden of trillions in debt, the continued slaughter of human beings all over the planet including our own domicile, and rage against the latest white house pinhead in the fashion of the clients and crew of the titanic screeching about the lousy captain as they were about to drown on a sinking ship that, like everything else then and since, would never have existed without the motive of private profit, and the public good be damned.
We may be able to elect a new CEO of Capital Inc in 2020, if we don’t destroy even more than our electoral façade and sink in our own sea of political, social and environmental excrement before being able to vote. But if we simply choose another chairperson for the system of private capital and do not demand and execute a social revolution that puts all humanity before any single un-chosen figurehead, we will face far more than personal need for therapy visits or social prayers for divine intervention. All of us or none of us was the call much earlier in our history and it has never had more meaning than at present. In closing, the words of a truly great American sadly unknown to  many of us:

email: fpscott@gmail.com
ABOUT THE AUTHOR

Nothing Less Than a Revolution Can Save Us