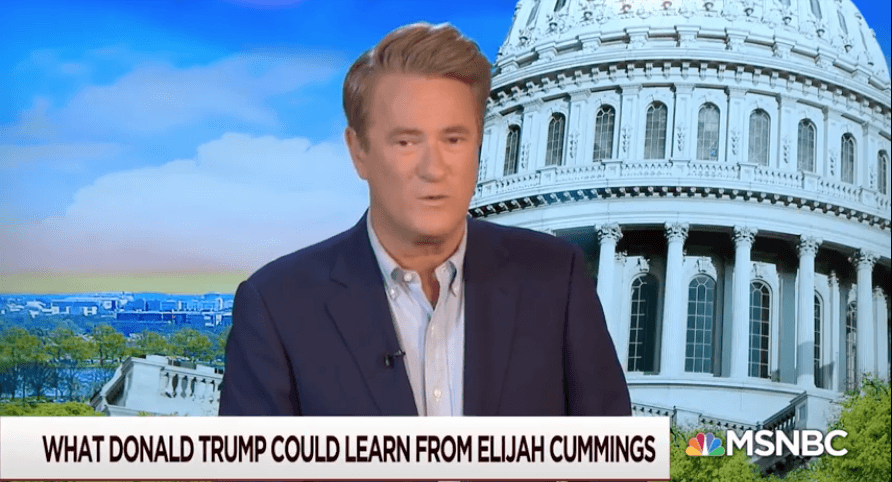 ABOVE:  MSNBC's Joe Scarborough: Corporate journo and part-time politico whose service to the plutocracy is as normal as it is indecent. People like him make careers in the media by shielding the 0.0001% from the wrath of the masses.

For decades many critics of broadcast television labeled it ' The idiot box'.  As Ed Norton said in a Honeymooners episode
"Maybe the phrase fits.'" Well, today, perhaps more than ever before, we all must be idiots to continue viewing it. 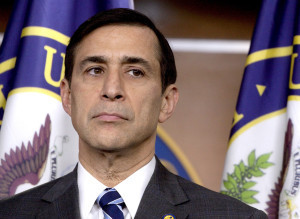 Multimillionaire Darrell Issa—His pet project is to privatise the USPS.

Let's first examine the news and news talk shows that seem to almost go 24/7 along with their cousin, the sports and sports talk shows. You stroll down the dial and you get mostly millionaire and wanabee millionaire pundits labeled as journalists, political analysts, Democratic or Republican strategists ( how I just love that term), or contributors  to their channel of servitude - usually CNN, Fox or MSNBC. Amazing how every single one of these people gladly and regularly serve the Military Industrial Empire! The only delineating factor is if they are with the Republicans or Democrats... period!

What in God's name could any of these wealthy people understand how we working stiffs, or worse than that , unemployed or homeless Amerikans are going through? Really! They sit there and pontificate on the subject of a Medicare for All ideal, always finding some fault in it, whether they be from either of the two corrupt and hypocritical parties. If anyone reading this is a millionaire, or goodness, a mega millionaire, paying out $ 15- $ 20 k a year for what they call a Cadillac Health Plan would be a drop in the bucket ( of course we taxpayers subsidize the plan our elected officials get gratis). So, how can they ever comprehend the stress that NOT having such a plan means? Ditto for paying rent to an Absentee Landlord when that figure eats up too large a portion of one's wages. Need I go down the list of the costs of raising a child or children on the wages most of us have to survive on? The faces we see on that idiot box do not , in most cases , have even a clue! 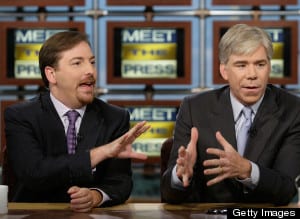 You turn on the sports talk shows, as I used to do too much of the time, and the dribble that comes out of the mouths of those sports journalists is overwhelming! This economic system is so skewed that any working stiff should now realize the futility of it all. All of these sports talk shows readily accept the fact that the pro sports like football, basketball and baseball pay these players mega millions of dollars. Imagine the debates that these sports talk shills have on about some  above average player demanding a salary of $ 300 million dollars over 10 years. They don't argue that the whole enchilada is ridiculous, when guys are earning that much to throw or catch a ball or make a basket while we suckers pay through the nose to watch. No, to these whores of the sports media the more these guys get paid, the more they can get paid as water carriers. Of course, to them and to the players this all is fine and dandy, because the owners  of both the teams and the media channels are raking in billions! Going to a game in person, with a couple of kids, will cost, just for middle of the road seats, at least hundreds of dollars! For one game! As a baby boomer, I can recall taking my two sons to a Met game in the 1970s and paying out maybe $ 75 for everything: parking , tickets, food and drinks and programs.

How about the people you vote to represent we working stiffs? This is from the 2018 Roll Call listing:

In 2018, to rank among the top 50 wealthiest members of Congress required a net worth of at least $7.5 million.

When you tune into that idiot box just remember that you are viewing a club of super rich people. It does not matter if it is news, politics, sports or any type of entertainment... these folks do NOT have a clue as to what you and your family and friends are up against each and every day. But above all, EVEN if they knew, in detail, what ordinary folks go through every day, chances are extremely high they would not care. Stunted or non-existent empathy is a prequalifier for this entire class of faux representatives, their billionaire puppetmasters, and the meretricious journos and pundits burnishing and propping up the legitimacy of their rotten system.

They all are NOT representative of anything worth appreciating. So, who are the real idiots here?

The Rise and Fall of ISIS