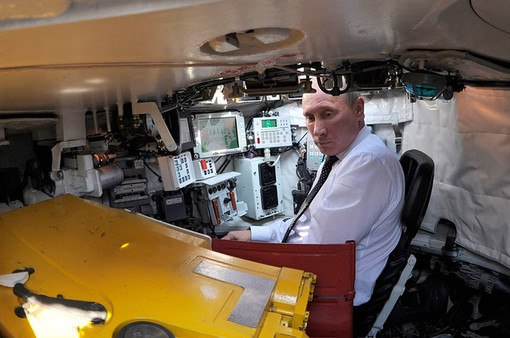 On Thursday August 8th, an explosion at the Nenoksa Missile test site in northern Russia during testing of a new type of nuclear propelled cruise missile resulted in the death of at least seven people, including scientists and was followed by a spike in radiation in the atmosphere.

Analysts in Washington and Europe are of the belief that the explosion may offer a glimpse of technological weaknesses in Russia’s new arms program.

The deeper concern, however, should be of the perilous consequences of the new Cold War and arms race that is developing between the United States and Russia.

In February, the Trump administration pulled out of the Intermediate Range Nuclear Forces Treaty (INF), an arms control treaty considered to be among the most successful in history by former U.S. ambassador to Russia Jon Huntsman, which banned land-based ballistic missiles, cruise missiles, and missile launchers with ranges of 500–1500 kilometers.

The United States accused Russia of violating the treaty, though did not wait for this accusation to be verified by international inspectors.

Russia previously accused the United States of violating the treaty through its adoption of drone warfare, and by stationing missile launchers in Deveselu Romania.

This summer, the Trump administration has given indications that it will not ratify the New Strategic Arms Reduction Treaty (START), which is set to expire in 2021.

Signed by the Obama administration as part of its “reset policy” with Russia in 2010, the New START treaty limits the number of deployed strategic nuclear warheads to 1,550 and number of deployed and non-deployed inter-continental ballistic missile (ICBM) launchers, submarine-launched ballistic missile (SLBM) launchers, and heavy bombers equipped for nuclear armaments to 800. 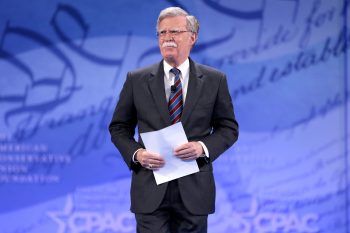 Warmonger Bolton basking in the public spotight. Proof that even repulsive sociopaths can reach "success" in a totally corrupt system.

Stephens wrote that “the problem with arms control treaties is that the bad guys cheat, the good guys don’t, and the world often finds out too late.” And now Russia, he says, is cheating again, although Stephens does not present any evidence in his article that would confirm this.

According to Stephens, U.S. presidents Jimmy Carter and Ronald Reagan set the standard for effective government policy by responding to the Soviet Union’s deployment of the SS-20, a medium-range nuclear missile that threatened military installations in Western Europe in the late 1970s by deploying hundreds of intermediate-range Pershing II and cruise missiles to Europe.

Stephens in turn believes that the Trump administration and its successor should respond to Russian and Chinese "provocations" today through similar arms buildups and deployments.

Besides painting a Manichean view of the world as divided between good and evil, one of the major problems with Stephens’ article is that he fails to provide adequate historical context to validate his main argument.

In the case of Cold War I, the Soviet Union only embarked on a large scale arms buildup after the United States had developed a massive nuclear stockpile of 22,229 warheads (or 10,948 megatons of TNT) by the early 1960s, which dwarfed that of the Soviet Union who felt they had to catch up.

A new mobilization is now urgently needed in favor of arms control which can be modeled on the nuclear freeze movement of the 1980s.

General Lee Butler, commander of U.S. nuclear forces in the 1990s, issued a mea culpa upon his retirement in which he rebuked the “grotesquely destructive war plans” and “terror induced anesthesia which suspended rational thought, made nuclear war thinkable and grossly excessive arsenals possible during the Cold War.” Butler added that “mankind escaped the Cold War without a nuclear holocaust by some combination of diplomatic skill, blind luck and divine intervention, probably the latter in greater proportion.”

Whether the same luck will prevail in the 2nd Cold War is not worth leaving to chance.

ABOUT THE AUTHOR
Jeremy Kuzmarov is the author of The Russians are Coming, Again: The First Cold War as Tragedy, the Second as Farce (Monthly Review Press, 2018).