Fight For The Future

Breaking : leaked documents show that the Trump administration is drafting an executive order that, if upheld by the courts, could essentially end free speech on the Internet. The draft order would put the FTC and the FCC, headed by its notoriously corrupt chairman Ajit Pai, in charge of monitoring and policing online speech on social media platforms, online forums, and more.

It would give these bureaucratic government agencies unprecedented control over how Internet platforms moderate speech by allowing them to revoke the essential protections Congress laid out in Section 230 of the Communications Decency Act (CDA). CDA 230 is the basic law that makes it possible for online platforms to let users post our own content, and to make basic decisions about what types of content they as private entities want to host. Every meme, every social media post, every blog and user-created video on the Internet has been made possible by this crucial free speech protection. 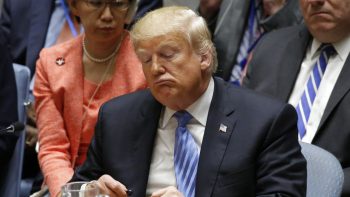 In practice, this executive order would mean that whichever political party is in power could dictate what speech is allowed on the Internet. If the government doesn’t like the way a private company is moderating content, they can shut their entire website down. The administration claims it’s trying to stop private companies from silencing speech—but this plan would create terrifying new censorship powers for the government to do just that. And the White House isn’t alone in promoting this misguided idea, some top Democrats have also called for weakening CDA 230.

The draft order has already been resoundingly condemned by First Amendment and free speech experts from across the political spectrum.  Regardless of your politics, regardless of how you feel about the president, this is a terrible idea that will have the exact opposite impact of its stated purpose of protecting free speech.

Sign the petition to tell the White House: “Don’t break the Internet with an executive order that makes the FCC and FTC the speech police. Uphold the First Amendment and leave the free and open web alone.”