Published: August 17, 2019Last Updated on August 29, 2019
Please make sure these dispatches reach as many readers as possible. Share with kin, friends and workmates and ask them to do likewise. 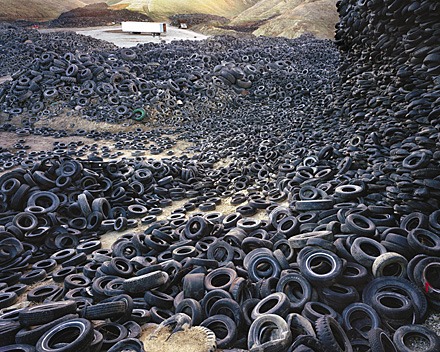 [W]hy do so many assume that a ‘Green New Deal’ won’t just empower those same forces that have run havoc upon the world for the past half century and just cause more death and starvation than has already been suffered under Globalization?
— Matthew Ehret, 2019

[dropcap]S[/dropcap]ustainable development, the concept, was advanced in 1987 by the United Nations in “Our Common Future,” aka The Bruntland Report, in which it was defined as “development that meets the needs of the present without compromising the ability of future generations to meet their own needs.” In truth, the Report, intended for “those who shape policy and make decisions that affect the course of development and the condition of the environment”, has served as justification for sustained growth: “A five to tenfold increase in manufacturing output will be needed”; “Painful choices have to be made.” In an alarming display of ecological ignorance, there was admission of guaranteed biological destruction: “Efforts to save particular species will be possible for only relatively few of the more spectacular and important ones.”

Not long thereafter, the concept of sustainable development was boosted by organizations with clout. The World Conservation Union (IUCN) produced in 1991 “Caring For The Earth: A Strategy For Sustainable Living,” a declaration of principles by a coalition of conservation organizations, supported by “sponsors” and “collaborators” that included national development agencies, the World Bank and the Asian Development Bank. The IUCN therein defined sustainable development as “improving the quality of human life while living within the carrying capacity of supporting ecosystems.” In the same year, the Trilateral Commission published a book, Beyond Interdependence, in which, in a chapter titled “The Growth Imperative and Sustainable Development”, the authors declared that “The maxim of sustainable development is not ‘limits to growth’; it is ’the growth of limits’,” a direct attack on the Club of Rome’s 1972 “The Limits To Growth.”

Sustainable development was quickly introduced into the educational system. In 1992, educators all over the U.S. were receiving a slick promotional brochure for a book, “World Resources 1992-93: A Guide to the Global Environment.” A few weeks later, the book was sent gratis to key educators. A publication of the World Resources Institute (WRI), it was promoted as “the overpowering challenger in the contest for primacy among environmental almanacs”. WRI described its goal as an organization “to help….. grapple with one of our time’s most pressing questions: How can societies meet human needs and nurture economic growth without destroying the natural resources and environmental integrity that make prosperity possible (emphasis added). WRI was supported financially by Corporate Property Investors, Mitchell Energy and Development Corporation, and foundations for Weyerhaeuser, Amoco and Shell Oil. A category “Corporate Associates” included Waste Management, Inc., Monsanto, Chevron and E. I. duPont de Nemours, with “cooperating organizations” including the World Bank, the Overseas Development Association, and other organizations devoted to growth and resource exploitation (current WRI support here).

The Federal Government championed sustainable development from the beginning. In 1992 the Environmental Protection Agency (EPA) sent a report (230-R-93-005) to Congress with “EPA is … assisting regional, state, and local efforts to promote sustainable development … The Nation can only achieve and maintain sustainable development when its citizens understand the concept and embrace it as a national priority.” President Clinton’s 25-person Council on Sustainable Development was co-chaired by Dow Chemical vice president David Buzzelli. Eight representatives had corporate ties (e.g., Chemical Manufacturer’s Association, the Committee for Economic Development, the American Petroleum Institute, and the Business Council for Economic Development), whereas the five environmentalists were administrators for “Big 10″ environmental organizations, themselves recipients of corporate largesse. And why be surprised? The Council just mirrored Clinton and his Vice President, as they expressed the view that “We will renew America’s commitment to leave our children a better nation … whose leadership for sustainable global growth is unsurpassed” (emphasis added).

In 1972, the Club of Rome published “The Limits To Growth” grounded on a study of five factors: resource depletion, industrial output, pollution, agriculture, and population growth, and the dynamics of their interactions. Conclusions of the study were a harsh warning regarding limitations that our beautiful home planet places on human activities, because system collapse was predicted for the middle of the current Century if a “business-as-usual” model were to be maintained, which, despite much political posturing, has been the case. There have been periodic updates of the study. Such “doomsday” talk has not been what industrial and financial interests have wanted to hear, and since publication there has been much criticism of “The Limits To Growth” from economists and the business community. However, a recent “40 year update”, a 2014 study released by the University of Melbourne, reveals that the business-as-usual scenario of The Limits To Growth “… aligns well with historical data that has been updated for this paper.” Data came from the UN and federal sources. That the gravity of this global situation is not front-and-center news is itself a reflection of media ownership.

Sustainable development, in sum, was captured early on by global financial forces the life blood of which is unending growth. As history confirms, it has proven to be a highly manipulable concept for a corporate/political/media network to normalize in the public mind. The suggestion of sustainability indicates things are going to be just fine, so it has been employed as a kind of mass tranquilizer. As the sustainability idea has advanced over the decades, discussions surrounding it have shifted easily, as required, between ‘development’ and ‘growth.’ Among the UN’s many laudable Sustainable Development Goals (SDGs), such as peace and the eradication of poverty, one also finds the advancement of “inclusive and sustained economic growth” in which “business and the private sector” are to play a key role, this expressed in its Agenda 2030. The admittedly “supremely ambitious” Agenda 2030 looks like 15,000 words of wishful thinking considering the profit-driven interests that have been — and that are intent on remaining — at the helm. The banking world certainly has lost no time in the creation of “green financial instruments” for the Green New Deal.

The prospect of the Green New Deal becoming morphed into Sustainable Development by another name is real, given the powerful forces so adept at co-opting and repackaging things to serve their own ends. The development/growth debate has long been dominated by business interests, economists, advertisers and corporate journalists, with biologists neglectfully absent. And yet, it all boils down to biology, for when species “overshoot” the capacities of their environments to support them, collapse is the result. Our species is certainly unique in the ability to modify ecosystems (typically at the expense of other life forms) as a means of staving off the impacts of our having exceeded — as we know we have — earth’s ability to support our resource-hungry billions. But we are not immune to natural laws, and this party cannot last forever. It’s not clear, exactly, how it will play out in the long run, but one thing is certain: Ultimately, we shall find out.

ABOUT THE AUTHOR
Bill Willers is an emeritus professor of biology, University of Wisconsin at Oshkosh. He is founder of the Superior Wilderness Action Network and editor of Learning to Listen to the Land, and Unmanaged Landscapes, both from Island Press. He can be contacted at willers@uwosh.edu. Read other articles by Bill.