Home BOURGEOIS FEMINISTS • Studies in Decadence: Bravo Real Housewives CAN be entertaining, but their pathological selfishness and infinite pettiness is eventually tiresome.

• Studies in Decadence: Bravo Real Housewives CAN be entertaining, but their pathological selfishness and infinite pettiness is eventually tiresome.

August 19, 2019
Please make sure these dispatches reach as many readers as possible. Share with kin, friends and workmates and ask them to do likewise.
This essay is part of a series on cultural, scientific and esoteric matters. 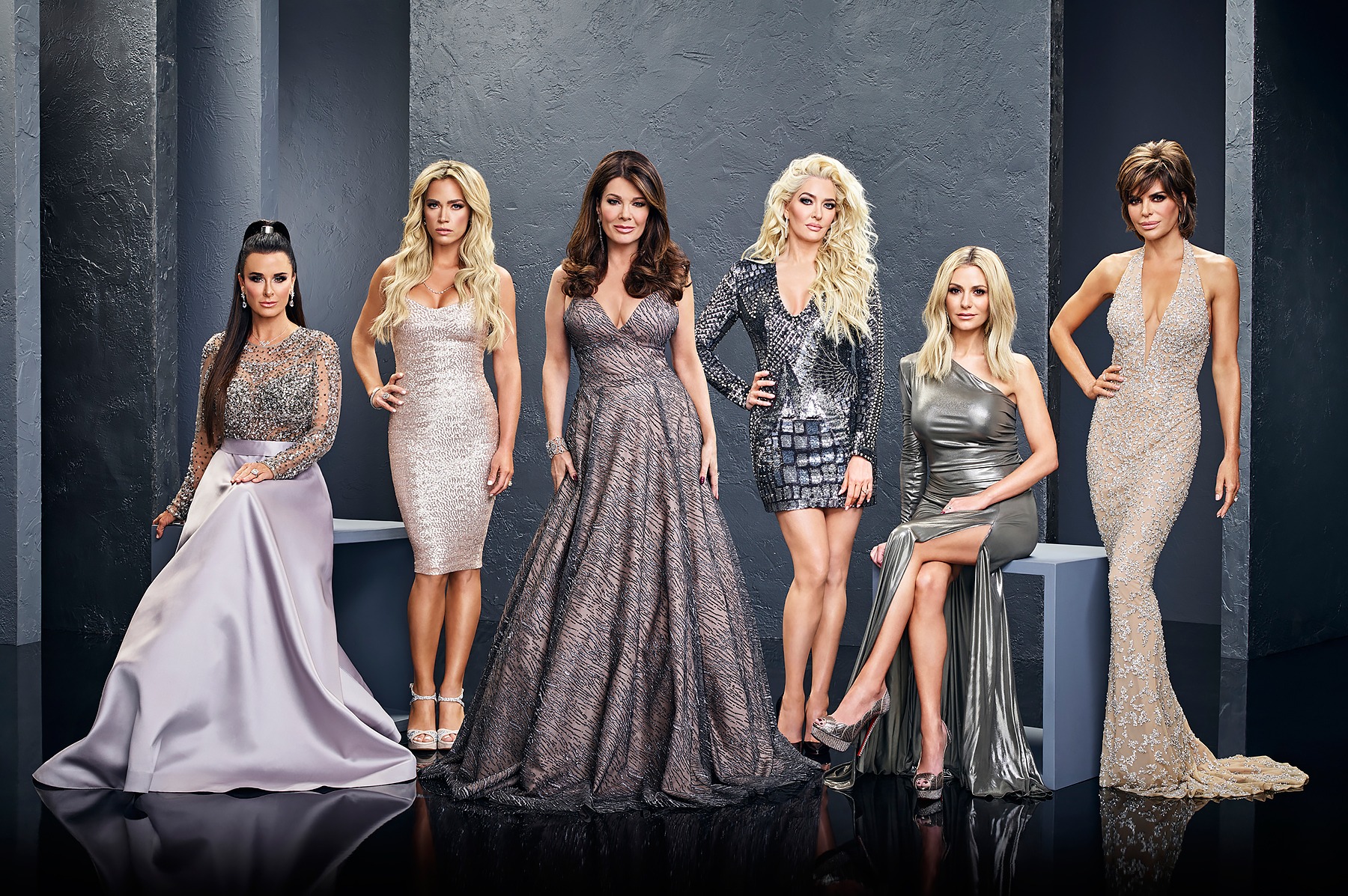 The current cast of the Beverly Hills housewives franchise, one of Bravo’s most successful shows. Lisa Vanderpump, a British restaurateur, and the only one with a visible social conscience, is third from left.

When you talk decadence in a world overrun by morally indifferent humans, Bravo’s shows, an NBC property nurtured by Andy Cohen, take the cake. This is particularly true for the Real Housewives franchise.

I admit watching them often: they CAN be entertaining. But what bothers me no end is how this bunch of mostly well-off people WASTE their celebrityhood in endless petty bickering punctuated by bouts of outrageous self-pampering. Their egos are so fragile, their vision of life so myopic, that the slightest real or imagined slight is cause for a feud that can last ages.

OK, I get it. That’s how the rich usually live (although the housewives lot hardly qualify as “the rich”—their average wealth puts them in the underbelly of the super-rich, where the real moguls live, the 0.0001% who own this country, its politicians, its media, and much of the planet. For example, none of these women are in the billionaire class (so you just can imagine THEIR excesses and character flaws), although some may eventally make that dubious grade. Kyle Richards and hubby Mauricio Umansky, for example, seem likely to make that dubious grade, as the guy, a real estate mogul in the making, is nothing if not an unrelenting money-accumulating machine.

That said, what gets me is that NONE of these women (except for Lisa Vandepump), EVER EXHIBIT THE SLIGHTEST interest in any of the multitude of urgent issues afflicting this planet, or its animals, for example. Yes, Bravo is not into actual realities, let alone the harsher ones that the audiences are probably trying to escape. American media is a a lying, escapist machine and Bravo is certainly no exception. Fine. But still, it’s supposed to be a reality show, which implies at least a semblance of reality.  If so, the obsessive pettiness is real; and it’s all about me, me, me and ME!  Seemingly around the clock.

Sometimes, for a heap of banal reasons, some of these housewives profess involvement in one of the fashionable issues of the day, like identity politics; being champs for “trannies” or some other LGBTQ category, and so on. But as anyone reading these lines probably knows, charity by the rich is normally a band-aid on the very problems they create. So it gets tiresome rather quickly. My remote hope is that if any of these moral pygmies ever got involved or learned about some truly urgent cause that reached them, that ignited their woefully small empathetic imagination, that they could apply their tons of free time and celebrity and money to pushing back against the crimes festering in this corrupt and desperate humanity. In the process I think they would grow in ways they can hardly envision. So let me toss something out: Have any of these “housewives” ever heard about the horrid plight of the Pangolin, for example? Just about the MOST endangered animal in the world. More even than elephants, tigers, lions, and rhinos. That or any similar cause would be a swell beginning, ladies. Give it a try!.

Moral atrophy is a cultural epidemic

The same plague of self absorption and moral indifference exists in other groups featured on Bravo, in varying degrees. After all, the channel is a peeping hole into what extreme bourgeois values are all about, something just about everyone in America, and certainly its corporate media, take for granted.  So have a look at the Southern Charm franchise for example. It would be difficult to find a group of more physically stunning people—both the women and the men. They are almost all uniformly gorgeous.  Magnificent specimens in their prime. Yet their shallowness—as a rule— is also breathtaking, a terrible contradiction, with some again standing out, like the apparently irredeemable Shep Rose, a poster boy for trust-fund babies, still too immature to see how a real man acts in life. Perhaps not accidentally, the notable (and wonderful) exceptions are mostly the women on this show, especially those who actually work in earnest for a living, in this case Madison LeCroy, Chelsea Meissner, and even part-time model Kathryn Dennis, whose decency, despite the deformations implanted on her by her social milieu, is palpably obvious.

BELOW: The Southern Charm crew. 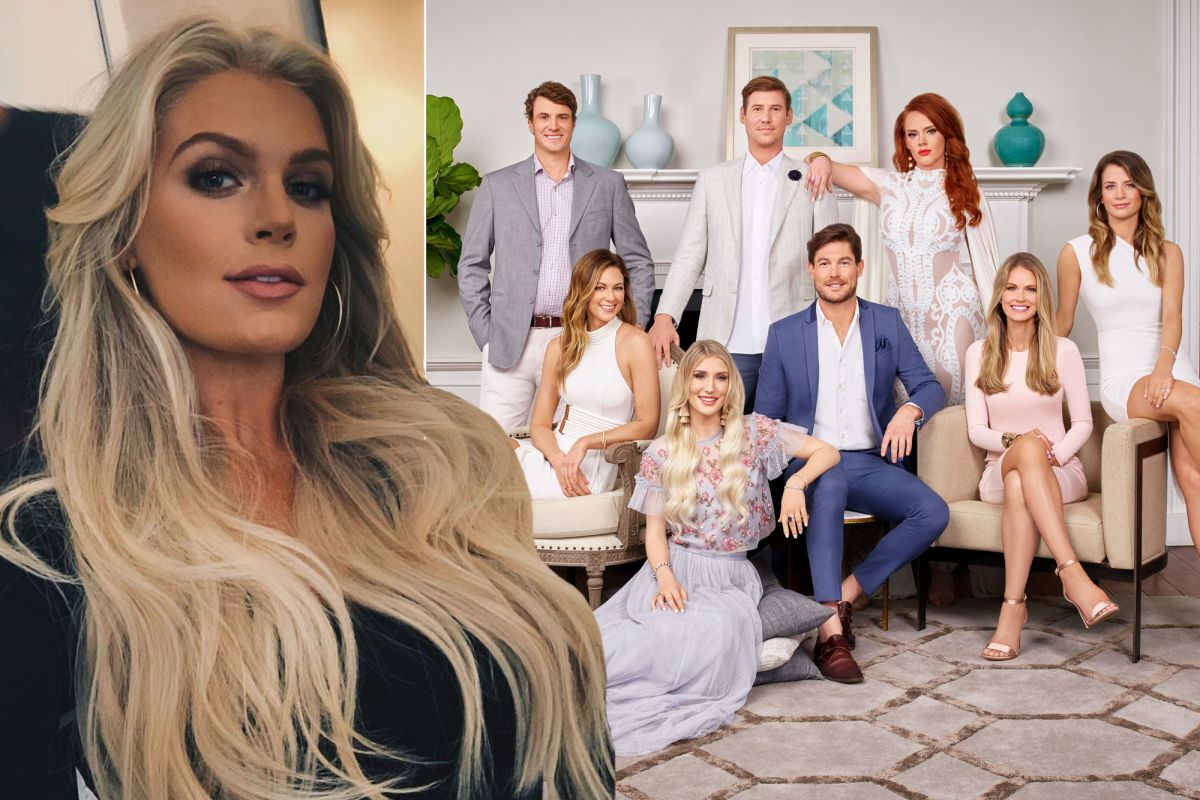 But I’m not writing these lines to berate these people for the hell of it. I’m not envious. I’m PISSED.

We are in an unprecedented global war against a multitude of crises, ecological, social, political, etc., and in this war information power is a precious commodity, especially when underwriten by a hefty bank account and social visibility. But this is an era when the tweets of a moron can reach tens of millions in a few minutes, while desperately needed messages go begging for attention.  Money and fame —singly and especially jointly—give you freedom to work on these issues. That these people, in general, do nothing of significance to improve this world, that they do not lift a finger to help a single creature, that they do not use their celebrity platforms to help move forward some much needed causes, is simply despicable. It is the biggest reason why their class and decadent ways are doomed to extinction—as they should be.

A Revealing Moment at the Democratic National Convention (Revisited)