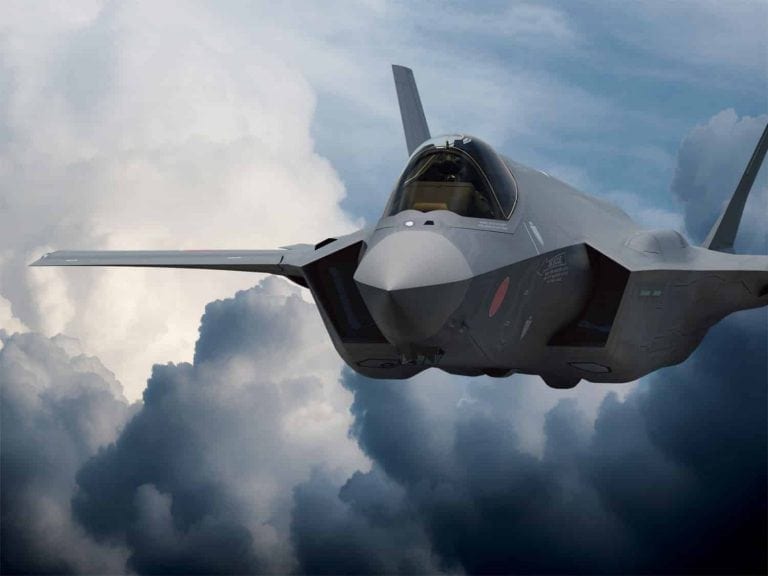 Israeli F-35s is supposedly the tool behind the attacks, assuming it's true, of course.

On July 30 we wrote No, Israel Did Not Attack Iranian Targets In Iraq. We MAY have been wrong with this:

From the last one:

The IAF used its F-35i stealth fighter jets to hit two Iraqi bases that were used by Iranian forces and proxies and for storing ballistic missiles, the London-based Saudi daily Asharq Al-Awsat reported on Tuesday.

Asharq Al-Awsat is owned by Faisal bin Salman, a member of the Saudi ruling clan. It is - like other Arab papers - often used to launder Israeli disinformation and propaganda that is then repeated in the Israeli press.

At that time there had been two alleged incidents in Iraq. An ammunition dump exploded on July 19. An official investigation blamed the incident on faulty equipment. A second incident was only rumored about but had not happen.

There have since been more ammunition incidents at bases of the Popular Mobilization Forces (PMF or Hashed): 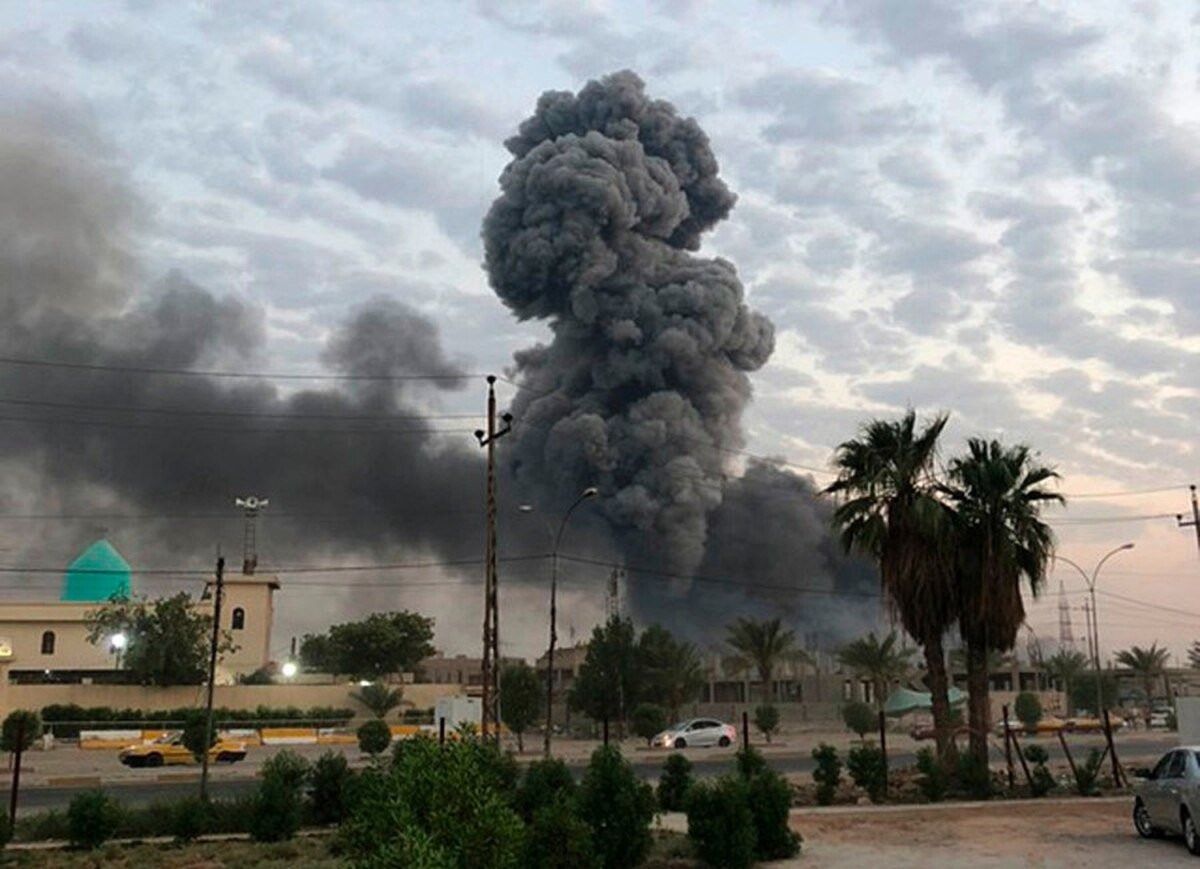 Ammo dump blast: who did it?

After the last incident the leaders of the PMF released contradicting statements:

The head of Iraq’s paramilitary forces supported by Iran on Thursday walked back a statement by his deputy the day before in which he blamed Israeli drones and held the U.S. responsible for a series of attacks on bases run by the militias.Faleh al-Fayyadh said the statement by his deputy, Abu Mahdi al-Muhandis, did not represent the view of the mainly Shiite militias known as Popular Mobilization Forces — or the view of the Iraqi government. Al-Fayyadh’s statement alleged the attacks on the bases over the past weeks “were the result of an act organized by a foreign side,” but refrained from naming that side.

American officials denied the U.S. had any role in the explosions.
...
A government investigation, a copy of which was obtained by The Associated Press on Wednesday, found the blast near Baghdad was caused by a drone strike.

Al-Muhandis, the deputy leader of the PMF who actually runs the shop, threatened U.S. forces in Iraq with retaliation.

It is likely that his statement caused U.S. officials to now tell the New York Times that the alleged Israeli airstrikes indeed happened:

Israel has carried out an airstrike on a weapons depot in Iraq that officials said was being used by Iran to move weapons to Syria, an attack that could destabilize Iraq and thrust it deeper into the conflict between the United States and Iran.
...
A senior Middle Eastern intelligence official said that Israel had bombed a base north of Baghdad on July 19.Two senior American officials, however, said that Israel had carried out several strikes in recent days on munitions storehouses for Iranian-backed groups in Iraq.
...
The Israeli attack on July 19 struck a base that the Middle Eastern intelligence official said was being used by the Iranian Revolutionary Guards to transfer weapons to Syria. The Israeli strike, which was launched from within Iraq, the official said, destroyed a cargo of guided missiles with a range of 125 miles.

The "Middle Eastern intelligence official" is obviously an Israeli source that may or, more likely, may not tell the truth.  Israel can only launch strikes from within Iraq if it has resources on a U.S. base or in the Kurdish controlled area. Al-Muhandis alleged that the strikes were launched from U.S. bases:

The statement from the Popular Mobilization Forces (PMF), the umbrella grouping of Iraq's mostly Shi'ite Muslim paramilitary groups, many of which are backed by Iran, said the United States had allowed four Israeli drones to enter the region accompanying U.S. forces and carry out missions on Iraqi territory."We announce that the first and last entity responsible for what happened are the American forces, and we will hold them responsible for whatever happens from today onwards," said the statement, signed by deputy head of the PMF, Jamal Jaafar Ibrahimi, known by his nom de guerre Abu Mahdi al-Mohandes.

The PMF statement came a day after several blasts hit a position held by a PMF group next to Balad air base about 80 kilometers (50 miles) north of Baghdad.

The U.S. has agreed to comply with Abdul-Mahdi's request, officials said Friday, as "guests within Iraq's sovereign borders."

The Israeli claim, that Iran is using the Iraqi bases to transport weapons to Syria and Lebanon, is dubious. Iran has for years flown weapons and ammunition directly to Syria, or transported them by ship. It has no need to store them on several bases in Iraq.

I am not yet convinced that these explosions were really caused by outer influence. The ammunition the Hashed received is mostly old. Iraq was recently extraordinary hot with temperatures above 49° Celsius (120 F). All explosions happened in the late afternoon. The ammunition was stored in shipping container or metal sheet warehouse without any ventilation. Three similar explosions happened in August 2018 near Karbala. In June this year a Kurdish Peshmerga munition depot in Erbil went up in flames. A Kurdish news site reported:

It is the third explosion in recent memory taking place at weapons and ammunition storage sites in Erbil. In Aug. 2017, a Peshmerga storage facility near Erbil International Airport (EIA).

Another Kurdish ammunition dump exploded on July 18. Are we to believe that Israel bombs the Pershmerga with whom it is long allied?

The whole information(?) operation, and its revealing now, seems designed to improve the reelection chances for Israel's Prime Minister Netanyahoo.

But it is likely that the incidents will have serious consequences for the U.S military in Iraq. Iraq's government will come under intense pressure to kick the U.S. out of the country. There was already talk in Iraq about acquiring Russian air defense weapons. Iran may also want to offer some appropriate systems. Iran and the Hashed will likely attempt to retaliate for the attacks.

Something in this whole story feels wrong.  Why would the White House let such an imbroglio happen? I see nothing the U.S. could win through it.

Why indeed. Like so much the US does, it is simply the actions of a sock puppet with a devious and duplicitous hand up it's bum. Whose hand is completely obvious for anyone with their eyes open, and becoming more so with every passing second.

Israel and its promoters are going to find themselves in a very interesting position when the yanks wake up en masse to how totally their country has been infiltrated. Trump is obviously a crypto Jew putting Israel first, but the only thing preventing the Dimocrits from lynching him for it seems to be the pictures of Bill and Hillary that Mossad are holding courtesy of their mate Epstain. Conjecture, I know, but as a theory it explains a lot of the behavior of those involved.

I see it as a covert means to escalate the anti Iran pressure campaign. Any retaliation will be sold in the MSM as "Iranian aggression" and not placed in the context of these prior strikes. It will then be used as justification for further action either in Iraq or perhaps even beyond its borders in Iran. Instead of US forces leaving Iraq, we may even see an increase to 'counter Iranian aggression'. Who knows how many Iraqi politicians they may need to buy, or threaten, but it's not like it hasn't been done before.

In a Neocon's mind anyway, that would make sense. The reality may of course be totally different, and as Mr B. mentioned above, it could in fact result in the US getting kicked out of Iraq. Not like the first time a US plan goes tits up and totally backfires on them, but one must see it through the Neocon "logic" first to actually understand the reasons for its implementation.

About the Author
"b" (supposedly "Bernhard" or "Gerhard"), is the nom de guere of MoA's editor in chief and principal writer. He is rumored to be a [former?] German intelligence analyst.

ALL CAPTIONS AND PULL QUOTES BY THE EDITORS NOT THE AUTHORS
Comment here or on our Facebook Group page.
Make sure many more people see this. It's literally a matter of life an death. Imperial lies kill! Share widely.
0
FacebookTwitterPinterestRedditEmail
previous post