August 31, 2019
Please make sure these dispatches reach as many readers as possible. Share with kin, friends and workmates and ask them to do likewise.

Medium Has Begun Banning Its Users For Disputing Pro-War Narratives

ABOVE: Rainer Shea's ominous void. The Empire's long hand of censorship in "freedom"is as shameless as it is transparent. Meanwhile, many liberals like Mother Jones' Shane Bauer, not only remain silent, they cheer the killers of free speech.

[dropcap]I[/dropcap]n February of last year, Mother Jones senior reporter and pro-war propagandist Shane Bauer publicly demanded for the popular blogging site Medium to ban anti-war journalists from its platform. Bauer, who tweeted that Medium should “reign in the garbage published on Syria by people like [Caitlin Johnstone]”, was unable to immediately get his authoritarian request fulfilled. Johnstone, the prominent anti-war blogger who Bauer wants to silence so badly, wrote right after Bauer’s tweet that “Medium has been good to me thus far and I have never had any issues with censorship there at all.” But Medium has now come after me for writing exactly the kind of truthful content that Bauer despises, so I should warn Johnstone and any other anti-war voices on Medium that they’re not safe anymore either. 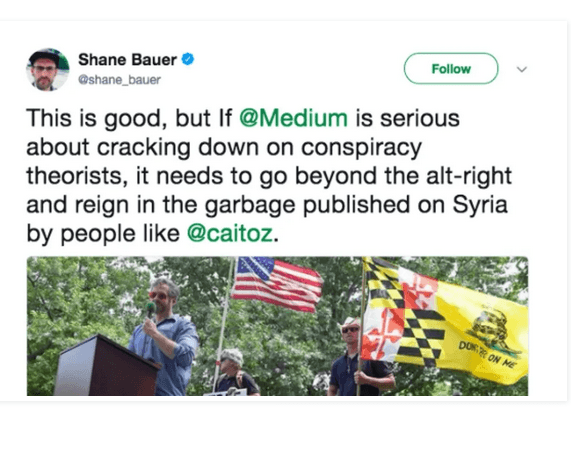 This May, Medium’s Trust & Safety Team sent me an email saying that they’d removed one of my articles from the site because they “found it to be in violation of site policies.” The article didn’t incite violence, encourage harassment, include spam, or check off any of Medium’s listed rule violations-aside from one rule that the site has expanded to function as an excuse to silence legitimate journalism. My article, which was published in September of 2018 and was titled “4 Reasons Why The White Helmets Are A Front For War Propaganda,” clearly drew Medium’s attention because it fit the site’s definition of “Conspiracy theories…which may foreseeably incite or cause harassment, physical harm or reputable harm.”

That how they got me: by labeling my entirely fact-based analysis of the White Helmets’ shady and illegal activities as “conspiracy theories,” Medium targeted me for harming the White Helmets’ reputation. Since Medium hasn’t censored any of its users who’ve tried to link Bernie Sanders to Russia or accused Caitlin Johnstone of antisemitism, the fact that they would dig up an eight-month-old article and remove it because it includes unflattering facts about a known terrorist organization tells us how they intend to use the “reputable harm” rule.

It was this incident of censorship that paved the way for Medium’s next action against me, one that’s resulted in what appears to be a permanent removal of all of my articles from the site. This week, I received another email that said: “After review of the account linked to this email address, Medium’s Trust & Safety team has found it to be in violation of site policies…As a result, it has been suspended from the platform.”

As explanation, they gave links to Medium’s general rules list. Given this statement that my account had been under “review,” and their lack of any specifically stated reason for banning me, it seems quite possible that they’d been examining additional articles of mine for more instances of me causing “reputable harm.”

Since multiple violations of Medium’s policies-legitimate or not-are to always result in permanent suspension from the site, I very likely won’t be able to publish on the site again or keep up any of the hundreds of articles I’ve posted on it throughout the last two years. I’ve also lost the 1000 or so followers who I’d accumulated on Medium.

Johnstone has said that she’s been able to bypass much of the online censorship that dissident journalists are in danger of by engaging in self-censorship, such as choosing not to make her points with too much aggression or crudeness. But now that Medium has started to censor people simply for stating the facts at the core of their theses, the precedent has been set for journalists to be censored simply for objecting to any pro-war, pro-corporate narratives. My White Helmets article stayed within the guidelines of civility, but Medium has used it to silence me all the same. This shows that on Medium-and potentially on other platforms-independent journalists like Johnstone aren’t safe from removal as long as they continue to do their job of telling the truth.

Does this mean that Johnstone’s vastly popular Medium account will be removed at some point too? Since she’s already attacked the White Helmets and other imperialist institutions and leaders many times, I’d say she’s at risk, and I advise her to work on building up the following of her own website in case such a thing happens.

I also hope you share this article so that my story can become widely known, and so that companies like Medium become more likely to feel the public scrutiny which is being put upon their censorious recent actions. Corporate censorship has been vastly escalating in recent years amid the West’s anti-Russian hysteria and the ruling class’ campaign to crack down on dissent. And if the rationale that was used to ban me from Medium becomes the norm among these platforms, the free press will be in big trouble.

End note: the banned White Helmets article is still accessible on my blog. Here’s the link to it.

If you appreciate my work, I hope you become a one-time or regular donor to my Patreon account. Like most of us, I’m feeling the economic pinch during late-stage capitalism, and I need money to keep fighting for a new system that works for all of us. Go to my Patreon here:
https://www.patreon.com/user?u=11988744
ABOUT THE AUTHOR 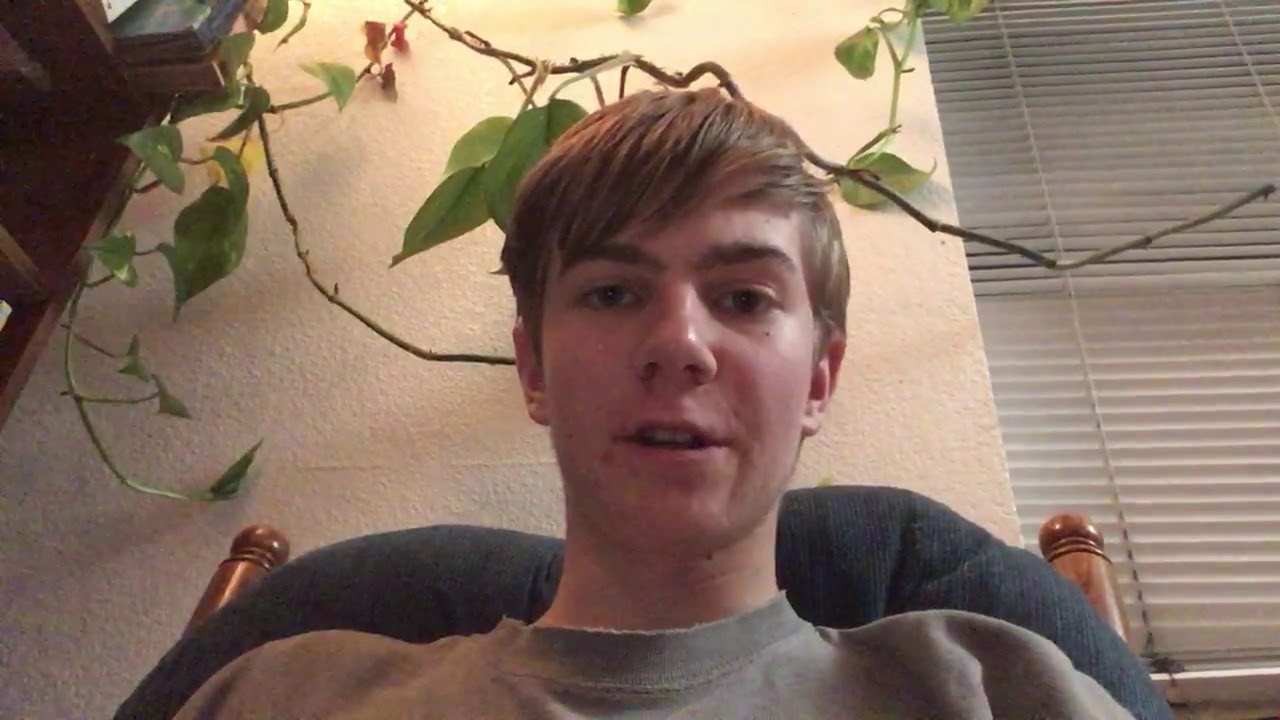 uses the written word to deconstruct establishment propaganda and to promote meaningful political action. His personal blog is at https://rainershea.com/