From the start of this publication, we have been warning that the rotten capitalist class running the US would lead the world into ecoanimal perdition, not to mention endless wars and the implosion of genuine democracy.  Now this is rapidly becoming a painful reality everywhere we look. And the criminals are still very much in power. 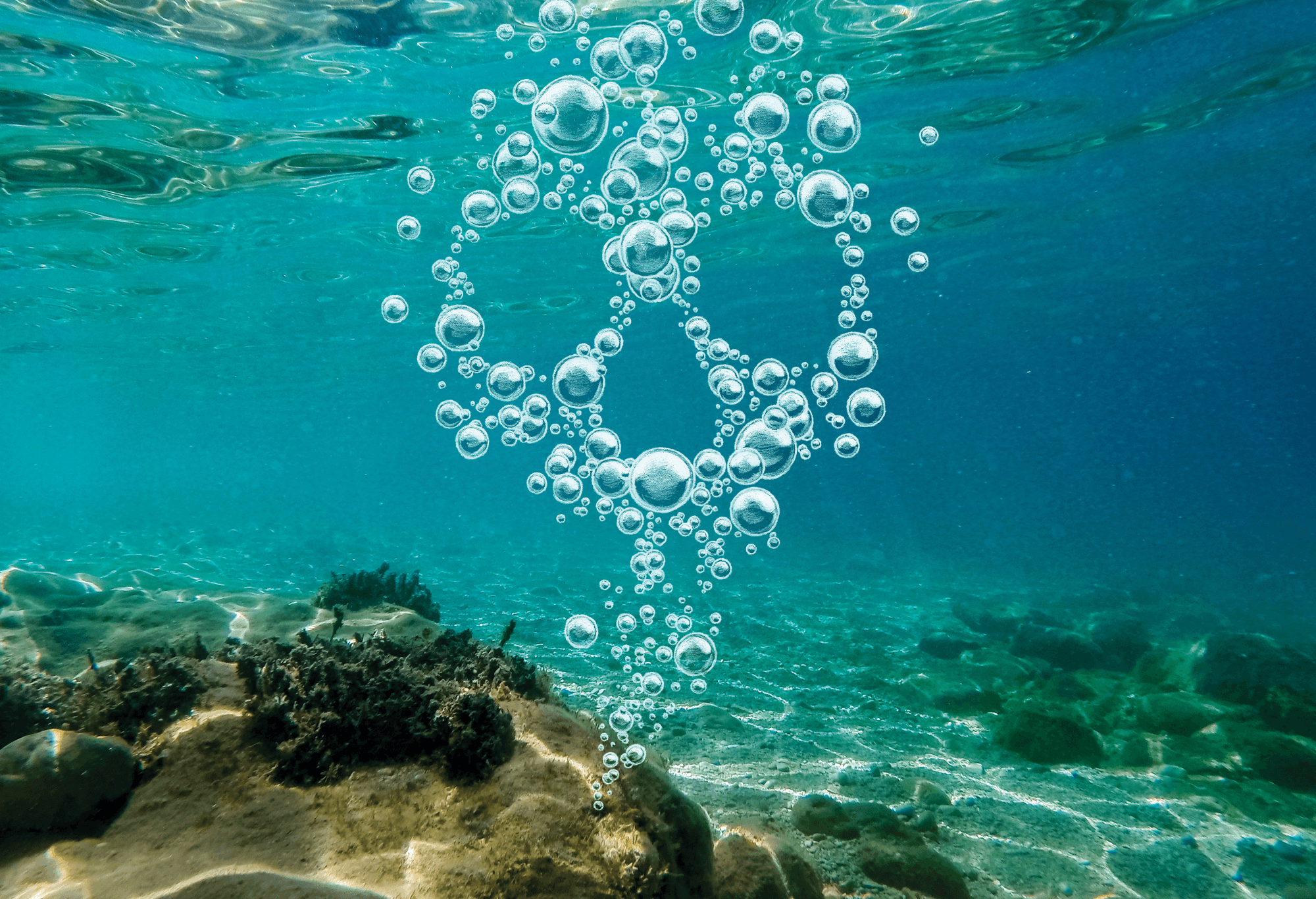 [dropcap]T[/dropcap]he oceans are “crying for mercy,” a fact that is starkly revealed in a telling 900-page draft of a forthcoming UN report due for release September 25th. The draft report obtained by Agence France-Presse (AFP) assesses the status of the oceans and cyrosphere. It’s a landmark UN report, and it’s not a pretty picture.

In the final analysis, the report amounts to self-destruction that’s largely ignored by most of the leading countries throughout the world. It’s all about greenhouse gassing as a result of human interference in the climate system. People are heat machines!

This Intergovernmental Panel on Climate Change “Special Report” states “destructive changes are already set in motion,” referencing loss of fish stocks, a 100-fold increase in super-storm damage, and hundreds of millions of people displaced by rising sea levels. A 100-fold increase of super-storms plus 100s of millions of displaced should draw immediate political action, like a WWII Marshall Plan to fight anthropogenic climate change, but will it happen?

Not only that, powerful evidence of the human link to radical biological shifts in the world’s oceans is poignantly described in Dahr Jamail’s brilliant book: The End of Ice (The New Press, 2019)

Most of the time, we treat sea animals with the respect we accord refuse.  We fish them to extinction in one spot and move on to the next.  Sharks are being wiped out in many places just to cut off their fins (which dooms them to slow and painful death). All to make shark fin soup—a morally idiotic cuisine choice.

Dahr describes a personal visit with Bruce Wright, senior scientist with the Aleutian Pribilof Islands Association and former section chief for the National Oceanic and Atmospheric Administration for eleven years, to wit:

By 1975, the water in the Gulf of Alaska had already warmed up 2c. At the time the entire biological system shifted, causing the Alaska Fish and Game Department to “shut down the fisheries to protect what was left… The dramatic shift across the biological system in the Gulf of Alaska in the 1970s was the first evidence of profound change that Wright witnessed and he attributed it directly to the waters being warmed by climate disruption.” (Jamail pg. 60)

Thereafter, Dahr fast-forwards to 2016 with shocking descriptions of the ravages of human-generated climate change, Jamail pgs. 60-64, as follows below:

“This last summer, the gulf warmed up 15°C warmer than normal in some areas,’ Wright told me, ‘Yes, you heard me right, 15°C. And it is now, overall, 5°C above normal in both the Gulf of Alaska and Bering Sea, and has been all winter long.”

“My head swam (Jamail). The biological shift that caused the fisheries to close in the 1970s came from a 2°C change in water temperature… Imagine what is going on out in the Gulf of Alaska right now,’ he said, giving several examples, including die-offs among fin whales.”

“We (Jamail and Wright) spoke about the declining numbers of halibut… The massive die-off of murres across the entirety of Alaska had been dominating the local news… witnessing the largest murre die-off in the state’s recorded history… starvation… striking numbers, by tens of thousands… the result of water temperatures so high that ‘we not only had extensive paralytic shellfish poisoning, we had a huge bloom of Alexandrium… sand lances had become toxic from feeding on marine PSP toxin… These toxins moved up the food chain. Nearly every animal, from salmon to whales to cod to diving birds, like puffins, auks, cormorants, and terns eat the sand lances or the larvae… Sea otters, steller sea lions, and northern fur seals have all seen shocking population declines across western Alaska… All of our oceans are being affected by these toxic, harmful algal blooms now.”

“Later that summer, National Geographic reported how toxic algal blooms (as a result of warming oceans) were spreading across the planet, poisoning both people and marine life.”

“Wright was certain the driving factor was climate disruption, which was warming the North Pacific and Bering Sea and leading to a dramatic increase in PSP. Anyone foolish enough to come to the Aleutians and eat forage fish is playing Russian roulette with their life, he said. Alaska Division of Public Health states clearly that ‘some of these toxins are 1,000 times more potent than cyanide, and toxin levels contained in a single shellfish can be fatal to humans.”

Meanwhile, “Earth’s oceans continue to absorb over 90 percent of the excess heat trapped by greenhouse gases in the atmosphere.” It’s that source of ocean heat that’s primarily extinguishing marine life.

As such, civilization in toto is subjecting itself to suicidal behavior by failing to listen to scientists and failing to enact emergency measures to convert fossil fuels to renewables. It’s a deadly situation, but still not resonating nearly enough to save the oceans.

Additionally, according to the aforementioned AFP report, without cuts in human-caused emissions, at a minimum, 30% of the Northern Hemisphere’s permafrost will melt this century, which would release billions upon billions of tonnes of carbon into the atmosphere, which is already filled to the brim with greenhouse gases, thereby accelerating global warming.

All in all, the overall tragedy of the ocean crisis prompts obvious questions: What does it take for world political leadership (especially in America, purportedly, the leader of the free world) to push the big red emergency buttons? Should political leaders be transported to see first-hand sea animal deaths? Should world leaders be “challenged” to eat Alaskan forage fish?

Mass sea animal deaths, year after year, are not normal!

The world community must hold its political leaders accountable for abject failure to react. If it were otherwise, meaning, listening to science and acting accordingly, then emergency governmental acts would be underway all across the globe… they’re not!

After all, it’s truly a life and death matter that is hidden from public view, as global warming hits hardest where the fewest people live but where the world’s most elementary and primary food chain is rapidly coming apart at the seams.

Imagine toxins 1,000 times more toxic than cyanide spreading throughout the world’s oceans. Actually, no imagination is necessary because it’s already started in Alaska. For Pete’s sake, first-hand evidence is readily available by simply talking to “locals,” similar to what Dahr Jamail did prior to writing his book.

At some point in time in the near future, it is highly probable that environmental degradation will “force the hand” of the public into open rebellion. Throughout history, it happens “out of the blue.” Ka-boom!

Postscript: The Trump administration is changing how the federal government “implements key laws” under the National Environmental Protection Act (NEPA). Henceforth, governmental agencies will be able to (1) “ignore” climate change implications of their actions as well as (2) “avoid” public disclosure of their scheming. This is extreme radical departure from the original “legal intent” of the NEPA.

"There are more fishes than birds, amphibians, reptiles, and mammals," says the video. "We are the village, they are the kingdom. 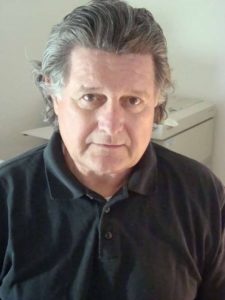 Robert Hunziker is a freelance ecojournalist (member in Pi Gamma Mu International Academic Honor Society in Social Sciences), with over 200 articles published, including several translated into foreign languages, appearing in over 50 journals, magazines, and sites worldwide. He has been interviewed on numerous FM radio programs, as well as television.

G7 – The Cost of Uselessness