Home AMERICAN BRAINWASH Venezuela: the Kind of “Freedom” the Chicago Boys Would Like

Venezuela: the Kind of “Freedom” the Chicago Boys Would Like

Thatcher with Pinochet (and his insufferabke wife): big pals of convenience, both ruthless in class warfare. Thatcher would soon implement some of the "neoliberal" doctrines tested in Chile, at bayonet point.

After the Sakharov Prize for freedom of expression was awarded by the European Parliament to the Venezuelan Nazis and coup leaders in 2017. And after Michelle Bachelet’s embrace of Lorent Saleh, a Hitler admirer turned into a “free voice against the Maduro dictatorship”. Now comes another pearl from the right wing intelligentsia: the Freedom Prize 2019 to María Corina Machado, of the Venezuelan Vente party.

Perhaps not everyone in Europe knows the profile of this woman of the Venezuela extreme right, who gained the well-deserved epithet of “Maria of violence” for her habitual inclination for the coup. Perhaps not everyone remembers her participation in the main destabilizing plans organized against Bolivarian socialism, both with Chávez alive, when Machado led the organization Sumate, and later with Maduro.

In the last twenty years, the former pro-US congresswoman (who takes great pride in her photo taken with George W. Bush) has really tried everything to sabotage Bolivarian institutions from the inside, placing herself at the head of mercenary violence (the guarimbas), and from abroad, trying to forge a role against the interests of her own country. In 2014, her parliamentary immunity was stripped away for agreeing to be Panama’s “alternate representative” to the Organization of American States (OAS).

Venezuela's Maria Corina Machado—Photogenic, plenty of upper class aplomb and fiercely counter-revolutionary. A natural hero for all US and western media, and a valuable US subversion asset.

At that time, the multi-faceted attack against Bolivarian Venezuela was being considered, which began to develop after Chávez’s death, and which has developed into an international plan to become one of the main battlefields. Through Venezuela’s expulsion from multilateral organizations, the foundations were laid for the farce of the “parallel government,” backed by purpose-built artificial institutions, which this year would have led to Juan Guaidó’s “self-proclamation”.

In her own way, Machado has been at the vanguard in all the plans that Washington has attempted in twenty years against Bolivarian socialism: from the open coup to the masked coup, from the attempts to implement the “color revolutions”, to the invention of a “Syrian model”,  all of it designed to impose a parallel government. In all these cases, Machado’s manifest anxiety to be able to somehow direct all operations has always been frustrated by her own godparents and by other factions of the right, who are not willing to make room for her.  However, this does not mean that this woman does not enjoy solid economic support, inside or outside the country.

The award is called LIL Freedom Prize and will be presented in Buenos Aires during the fifteenth anniversary of the RELIAL (Red Liberal de America Latina, the Latin American Liberal Network), which defines itself as the “main prize in Human Rights”.  Machado’s award is due to “her dedicated efforts over many years to bring democracy to Venezuela, despite the risks involved.” The photo accompanying the announcement leaves no doubt about the methods applied by the former congresswoman to “bring democracy” to Venezuela. She can be seen emerging from the smoke and flames wearing a Vente Venezuela t-shirt, surrounded by hooded men who are throwing incendiary devices during the 2014 guarimbas (39 dead and more than 800 wounded, almost all belonging to the Chavista camp) and in 2017 (more than 100 dead and more than 1,000 wounded, again predominantly among the Chavistas). 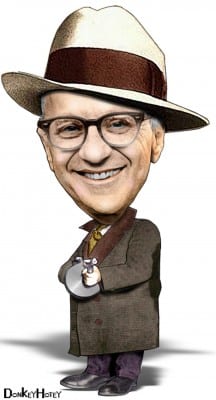 In addition, the Relial Red website leaves no doubt about its notion of “freedom” and human rights disseminated by this powerful international network, created in 2004 “with the support of the Friedrich Naumann Foundation for Freedom in Latin America” and sponsored by CIA-affiliated agencies such as the National Endowment for Democracy (NED). At the center of the site, in fact, is Milton Friedman’s phrase: “Economic freedom is an essential requirement of political freedom.”

It is worth remembering that Friedman (left), a theorist of neoliberalism fiercely opposed to  any state intervention in the economy, inspired the policies of Margaret Thatcher in Britain and Ronald Reagan in the United States at the time, and had a decisive influence on the devastating economic choices imposed on Chile during Pinochet’s dictatorship. This is why he was called “the anti-Keynes”. He was professor emeritus of economics at the University of Chicago from 1946 to 1976, when he received the Nobel Prize.

His Chilean students, referred to as the “Chicago boys,” guided Pinochet through the implementation of the reforms step by step. And Friedman himself personally endorsed that plan by responding to a letter from the Chilean dictator in 1975, and then going to meet him in Santiago.

Friedman is considered the founder of monetarist thinking, and the theories of the “Chicago School” continue to be taught in Venezuelan universities as well, and even influence monetary policies, whose main objective, as we know, is price stability. In 2012, a verbal confrontation between Machado and Hugo Chávez, took place in the Venezuelan parliament. It was a clash over nationalizations, expropriations, state property and private property.

The congresswoman had clearly expressed her idea of “freedom” as being the freedom of capitalism to seize the country’s resources without restrictions, compressing the labor force to the maximum. Chavez had responded in kind, accepting the debate, but with the premise that “the eagle does not hunt flies”. The buzz of those flies, however, has increased over the years, amplified by megaphones from the economic potentates at the international level, and also supported by the fifth columns that have made inroads into the “Bolivarian laboratory” to sabotage the road from within.

A buzz that has turned into a 2.0 roar by a media war aimed at reversing the terms of the conflict for their own benefit. Today, social networks are also producing grotesque news “content,” that is widespread, such as the one that says Guaidó has authorized the use of military drones on the border between Colombia and Venezuela. And with what authority could he do so?

A deception, evidently, but as the lie spreads, the money stolen from the Venezuelan people flows into the pockets of the thieves; those who promise more booty to the U.S., as it has filtered through telephone conversations of the alleged ambassador to Britain appointed by the “self-proclaimed”, regarding the sale of the Esequibo. But now comes Julio Borges’ statement, another dirty piece of the “transitional government”. Maduro, he says, has already sold the disputed territorial waters between Venezuela and Guyana … to the Cubans.

Then, to keep the fiction running high, space is being given to the news that the self-proclaimed would go to New York to participate in the Concordia forum, scheduled for September 23 and 24, along with other members of the Popular Will Party. A meeting organized to counter the one at the UN General Assembly, which President Maduro should attend on September 26. Last year, Maduro had pronounced a harsh indictment against U.S. imperialism and its vassals, who propose again a simple but well-held scam; that the unbridled freedom of capitalism would also bring freedom for all. Claims being denied by the growing number of excluded in countries governed by bourgeois democracy. Declarations that the Bolivarian revolution seeks to dismantle every day, building a different direction than those like Chile’s Sebastián Piñera’s and Mauricio Macri in Argentina, where Machado will receive her “freedom prize”. 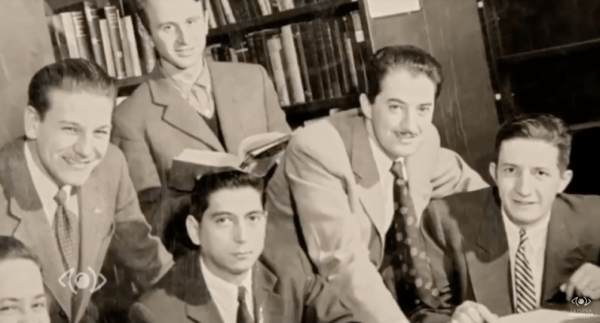 A superb Cuban documentary (in Spanish), Los "Chicago boys" y la mano visible del mercado, looks at the spawning of the Chicago Boys through US scholarships to study at Chicago's "monetarist" school, and their nefarious influence in Pinochet's Chile, and later around the world. (Photo: Chilean economics students from the reactionary Catholic University chosen for "advanced study" in the United States.)

ABOUT THE AUTHOR
Geraldina Colotti writes for Resumen Latinoamericano, an independent publication focusing on the struggle of Latin America to free itself from US imperial control.