Home AMERICAN BRAINWASH The United States tried to create opposition forces in Cuba during the 1960s. Why did it fail to build enough support to counter Fidel Castro’s power?

The United States tried to create opposition forces in Cuba during the 1960s. Why did it fail to build enough support to counter Fidel Castro’s power?

The author answers a few pointed questions about the Cuban revolution and its deliberately muddied history. 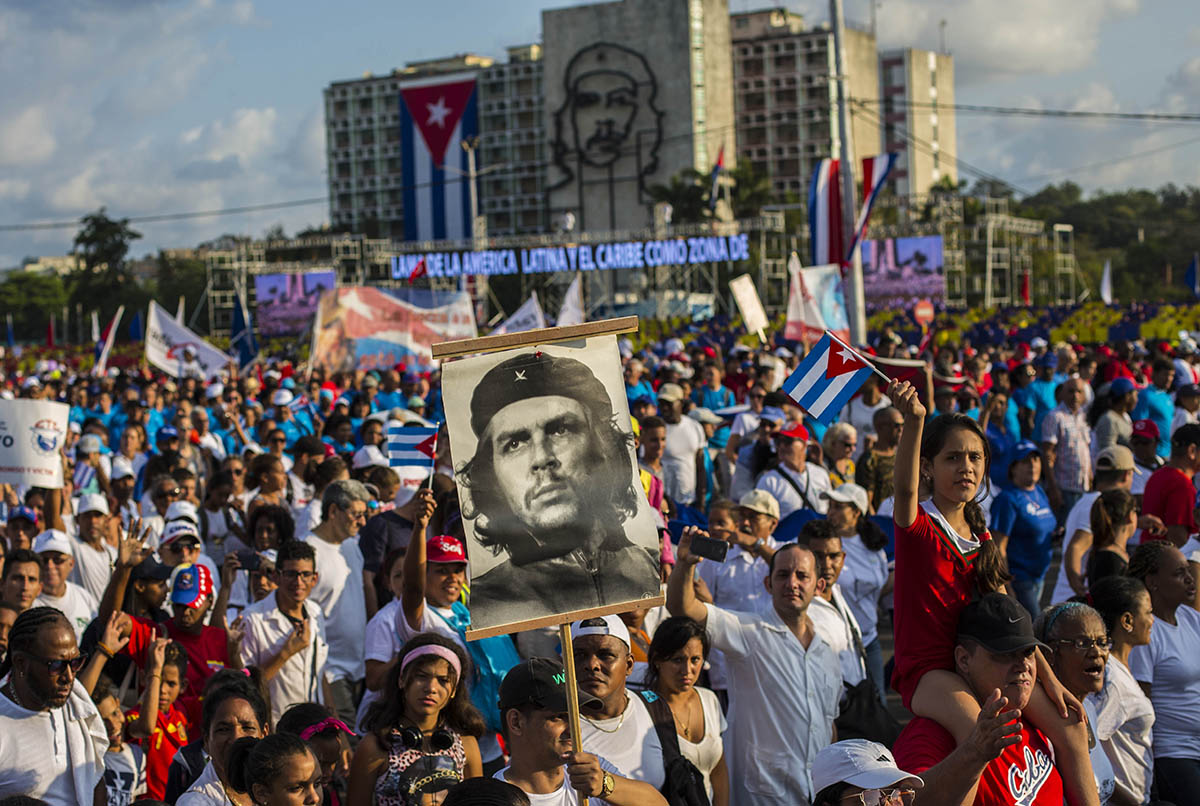 Cubans file past, one holding a poster that depicts revolutionary hero Ernesto "Che" Guevara, in the annual May Day parade at Revolution Square in Havana, Cuba, Tuesday, May 1, 2018.  The reverence for Che Guevara, and for Fidel, has not diminished

Revolutionary Cuba was blessed at birth with unusual circumstances.

Comes the Revolution, the displaced ruling class immediately starts organizing a counter-coup and lots of unpleasantness ensues, including mistrust between people.

But Cuba’s ruling class, and its psycho sadist enforcers, were intertwined with both the leading civil criminals, the Mafia, the leading underground criminals, the CIA, and the politicians, of a large country only 90 miles away that rolled out the welcome mat.

When they were infiltrated back into Cuba, they could not show up inconspicuously, and wound up terrorizing peasants and young volunteer literacy teachers in the Escambrays until the last nest was cleaned out.

The Americans passed a special law, the Cuban Adjustment Act, to make it possible for any Cuban to be landed in the U.S. and get an instant, automatic green card. Cubans could not be admitted as refugees because the qualification for that status is that the applicant has a reasonable belief that he will be persecuted at home. No Cuban could credibly have such a belief, so the requirement had to be waived.

No need for purges. The criminals and crazies, the greedy and predatory, the violent and depraved, all went to Miami voluntarily on their own dime. Subverting the American government and crime in America generally was so obviously easier and more profitably than trying it in Cuba that those who aspired to it voluntarily rushed to embrace self-imposed exile.

There were a few apparently sane, intelligent people who rose to leadership in the CIA-founded NGOs on the island, but when the U.S. crossed a red line and tried putting together a coup, 25 years in, they surfaced to testify in court and it turned out they were all G2 officers.

Why do people celebrate Che Guevara even though he was a murderer who killed in the name of Communism? 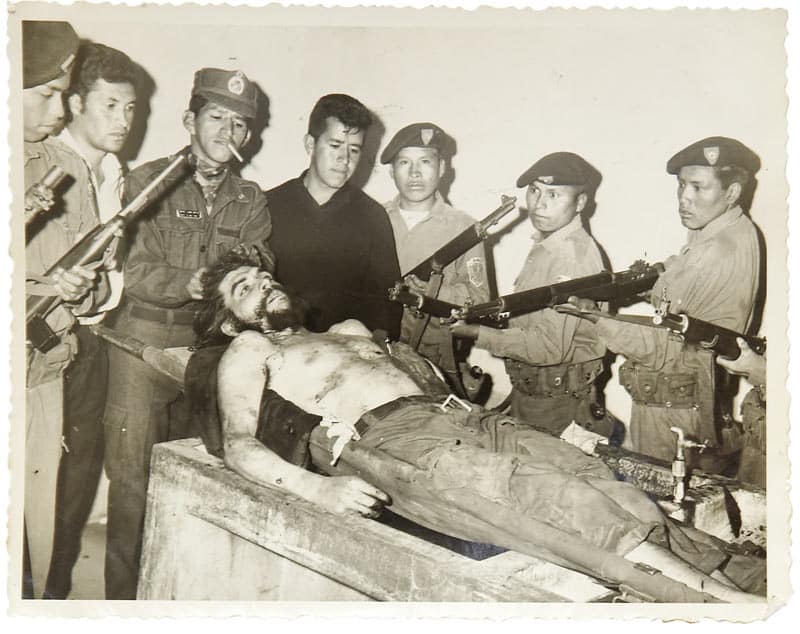 Che lying on an improvised mortuary table in La Higuera, Bolivia, where he had been brought by CIA-trained Bolivian soldiers. He was murdered on October 9, 1967 on orders from Washington.

Che is celebrated for his soul. Che was a diarist, self aware and open. Read the diaries. You will find yourself coming to know him.

From some of the quotes I’ve seen from the mobsters who fled Cuba after the triumph of the revolution, there may be a forged set around. Look for an early publishing date. Ocean Press should still be selling the genuine article.

Che Guevara was not a murderer.

Che was also the JAG of the Revolution, responsible for overseeing the trials of the torturers and murderers who had been too slow in leaving for Miami. (I have searched for pictures of them clinging to rising helicopters but couldn’t find any.) Perhaps they missed the last plane out trying to get their money out of a bank that was closed. Perhaps they were so used to being untouchable they couldn’t imagine anyone coming to power they couldn’t bribe.

Jon Lee Anderson, by far the most hard-working and thorough of Che’s biographers, looked long and hard at all cases where Che was supervising and concluded that all were charged with a crime that was internationally considered a capital crime at the time, and none were innocent. The Mafia, death squads, torturers and police who hung mutilated corpses from the lamp posts had impunity in Batista’s Cuba. They didn’t hide their crimes, they bragged about them.

They all had a trial, an opportunity to present a defence, and an opportunity to appeal. (97% of Americans charged with a federal crime do not get a trial.) There were, by Anderson’s estimate, around 500 of them.

When the earlier dictator Machado fled Cuba, unarmed mobs swarmed through the streets hunting for security police in their homes, and killed them with their teeth.

When Batista fled, Fidel’s forces were at the other end of the island. Radio Rebelde immediately began to run a looped tape:

People of Cuba, we are coming.

We will give you justice.

ABOUT CASS DEAN
I am a dissident intellectual writer, but unlike many of those, I do not think the treatment of dissident intellectual writers is the most important thing about a society. I would put the kids ahead of that, for one thing.  And, btw, it’s Cassandra, not Kas for Kastiel.  Back in the 60s and 70s there was an anthology used in a lot of university courses entitled Writing in U.S. Imperialism. The cover listed the authors alphabetically down the front. The list in part read: Castro • Dean • Debray • Guevara.  I’m the one with no equivalent of “clickbait” there. My contribution, Scarce Resources: the dynamic of American imperialism, began life as an M.A. thesis and was anthologized three times that I know of. No copyright. I put it in a bottle and tossed it into the waves of  The Movement. (I may have invented Creative Commons.) It’s still listed with some antiquarian booksellers.

How Predatory Capitalism Made America the World’s Dumbest Country