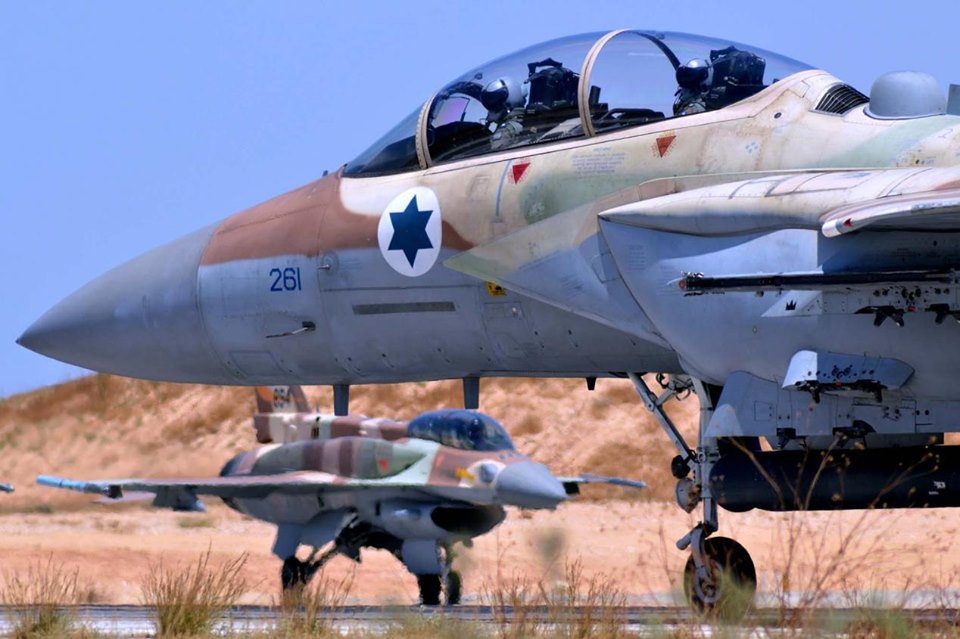 Note: We wish to commemorate this amazing event which, unfortunately, did not lead to a wider rejection by IDF members of Israel's criminal policies against Palestinians. This account, by the Boston Globe's Dan Ephron, is one of the best we could find.

A group of Israeli airforce pilots declared [in September 2003] that they would refuse to fly missions which could endanger civilians in the West Bank and Gaza Strip.

This is an excerpt

JERUSALEM -- Twenty-seven Israeli air force pilots, who are considered the most elite servicemen of the Israeli Defense Forces, pledged in an open letter published yesterday that they no longer would take part in raids on Palestinian population centers in the West Bank and Gaza Strip, describing them as "illegal and immoral."

The letter, published on the websites of several Israeli newspapers, appeared to give new impetus to the movement of several hundred soldiers who refuse to serve in the West Bank and Gaza Strip on moral grounds. It also marked the first time a group of air force pilots, who could face ouster or military trials, have banded together to take such a stand.

Among those who signed were a brigadier general who took part in Israel's 1981 raid on an Iraqi nuclear facility, two colonels, and four lieutenant colonels. About half of them fly warplanes and attack helicopters in reserve duty, while the rest are inactive, according to a senior air force officer.

Military officials described the letter as politically motivated and insisted that the Israeli military goes to great lengths to avoid harming civilians, even when Palestinian militants hide in their midst. One analyst said the letter carried symbolic weight, but would be significant from an operational standpoint only if dozens of other pilots refused to serve.

"We veteran and active duty pilots . . . are against carrying out illegal and immoral attacks of the kind that Israel is conducting in the territories," the letter reads. "We . . . refuse to take part in air force attacks on civilian population centers.

"We [pilots], who feel that the Israeli Defense Forces and the air force are an integral part of us, refuse to continue attacking innocent civilians," said the letter, which also condemns Israel's occupation of the West Bank and Gaza.

Several pilots who signed the letter could not be reached for interviews.

Air force pilots have had a large role in the fighting between Israelis and Palestinians that erupted three years ago, most controversially in track-and-kill missions against key militants. Israel has assassinated scores of militants in missile strikes and bombing missions in crowded areas of the West Bank and Gaza, but scores of innocent civilians have also been killed and wounded in the raids.

In one particularly devastating attack in July 2002, Israel dropped a 1-ton bomb on a building in Gaza where Salah Shehadeh, a top member of the Islamic militant group Hamas, was hiding. He was thought to have orchestrated attacks that killed dozens of Israelis. The bomb killed Shehadeh, his wife and daughter, and 12 other civilians.

Reuven Pedatzur, a former fighter pilot who is now a defense analyst for the Israeli newspaper Ha'aretz, said the Shehadeh assassination was a turning point for Israeli pilots. "I think that was the moment many pilots began asking questions about what they're doing and why civilians are being killed," he said.

Pedatzur said the letter was significant because air force pilots are the military's "cream of the crop" and because pilots have never protested collectively in such a manner. But a top air force commander said that the protesters represented a small minority of fighter pilots and that most of them had not been taking part in missions during the past three years of fighting.

Ido Nehushtan, an air force brigadier general, said pilots participating in missions against Palestinian militants had the complicated task of trying to thwart terrorists who operate in civilian centers. He said that pilots have the authority to abort missions if they believe civilians might be harmed, but that the air force could not live with a situation in which individual pilots decide not to take part in a whole category of operations.

"I can tell you with full confidence that we do everything possible to avoid harming civilians," Nehushtan said late yesterday, hours after the letter was published.

He said the pilots published their letter in the media without first presenting it to their commanders.

Pedatzur said the Air Force must decide between ousting the pilots from their units or trying them for insubordination. Military judges have jailed dozens of reservists in ground forces who have refused to serve in the West Bank and the Gaza Strip.

"This is a serious dilemma, because these aren't just privates in regular units; they're air force pilots," Pedatzur said. "If you put them on trial, the atmosphere in the air force could become very sour, and this wouldn't be good for the military in general."

READ THE REST OF THIS REPORT HERE