September 28, 2019
Please make sure these dispatches reach as many readers as possible. Share with kin, friends and workmates and ask them to do likewise. 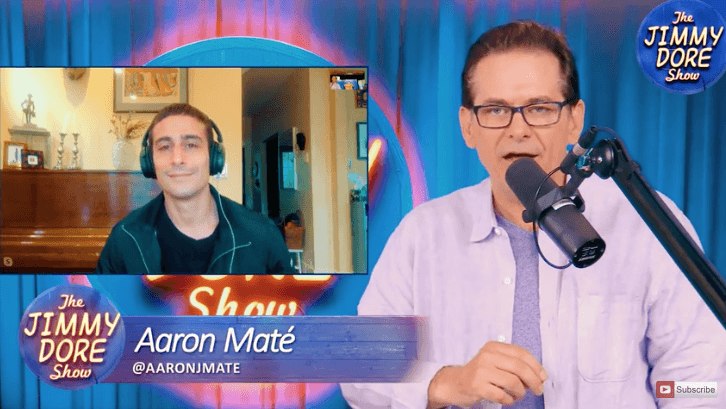 This is easily one of the BEST programs produced by Jimmy Dore, in a long roster of superior examples of vital journalism and remarkable lucidity in interpreting events. Note that Jimmy is often passionate in his presentations, as it should be, when contemplating genocide, ecocide and power-enabling hypocrisy and organised global corruption of colossal dimensions—none of which is ever reported or commented on by the humungous media machinery owned and built by the world’s billionaires.  And never will be.

As we have said before, the world would not even remotely be in the miserable state it is if the media—even a fraction of the corporate media—was doing a merely decent job. Decent, mind you, not even superior, the way Jimmy and his ilk, including this humble website, and Aaon Maté’s The Grayzone, and the small group of genuine dissident sites demonstrate that it can and should be done.

As always, we ask that you DISSEMINATE this post as widely as possible. We need to deflate and ideally nip  this scandalous fraud in the bud (hard as that is to imagine given the prevailing Trump derangement syndrome Jimmy refers to in his own presentation and the abject, wholesale prostitution of the corporate media, and many supposedly non-establishment venues).  Fact is, there are intelligent and principled people out there, and they are not just a puny group that you can squeeze into a telephone booth. We are tens of millions. Maybe far more. But our voices are consistently negated and ghettoised by the mainstream media and the establishment’s numerous shills, all of whom think and speak publicly only within the confines of a rump spectrum extending all the way from the ultra right to the center left.

As many of you know, the official media’s deficits and vices are legion, and that’s when we critique the problem only on its “horizontal” aspects. Don’t get us started on the “vertical” deficits of “professional journalism”, American style.

About the author(s)
Patrice Greanville is a media critic and founding editor of The Greanville Post.

Want To Save The Environment? De-Fund The Pentagon.