October 1, 2019
Please make sure these dispatches reach as many readers as possible. Share with kin, friends and workmates and ask them to do likewise. 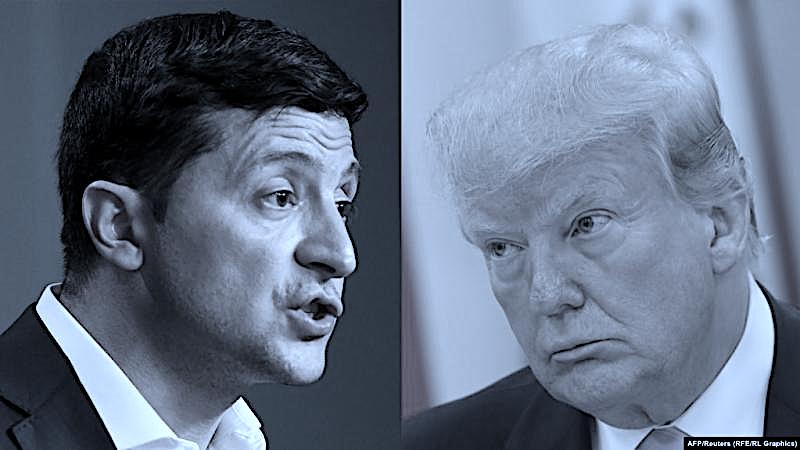 Trump is on the horns of the legendary dilemma, guilty if you do and guilty if you don’t, says the author, but either way the equally corrupt Democrats may end up hurting their prospects in 2020.

Should Trump have pursued justice even though the outcome could have politically helped him, or should he have neglected his legal responsibilities to do so because of the same?

The Ukrainegate scandal was sparked by Trump asking his newly elected counterpart in the country to look into accusations of corruption by former Vice President and current Democratic frontrunner Biden related to the latter’s 2016 openly acknowledged threat to withhold $1 billion in aid unless the supposedly inefficient state prosecutor who was also coincidentally investigating his son’s company there was dismissed. The recently released “whistleblower” complaint makes it abundantly through publicly verifiable and meticulously collected evidence that Trump and his team were aware of the accusations against his rival and were seeking to find out whether or not they were true. Therein lies the ethical dilemma, however, because some argue that Trump was right in pursuing justice by asking Zelensky to investigate those rumors even though the outcome could have politically helped him while others believe that he should have neglected his legal responsibilities because of the same.

The first-mentioned perspective is that Trump has a legal obligation to look into the corruption claims and that failing to do so would be a dereliction of his presidential duties. This is even more so the case because of his campaign pledge to “drain the swamp” and hold elected officials (whether currently serving or previously in such a position) to account. Along the same line, Trump wants to get down to the bottom of the fake Russiagate scandal too, so it makes sense why he’d ask his counterpart about Crowdstrike and the DNC’s servers. Once again, the outcome of these inquiries could very well have a positive political effect for him if it’s indeed concluded that some foul play had transpired. Fearing this, the “whistleblower” (who some suspect is actually a partisan Democratic sympathizer) rushed to file an official complaint in order to preempt that scenario and turn the dynamics around against Trump in a last-ditch measure to prevent him from discrediting the Democrats.

The second view, however, is altogether different. Its proponents assert that Trump should have ignored the claims about Biden’s corruption (however credible they are and despite the former Vice President himself bragging that he used $1 billion in aid as leverage for meddling in Ukraine’s political affairs) specifically because the outcome of any investigation could have helped him. Although the “whisteblower” documents the instances where Trump and his team publicly commented on these claims and showed that they were aware of them, supporters of this version of the story say that he should have pulled the good ‘ole “hear no evil, see no evil” argument and looked the other way. To them, it’s evidently more important that this issue not be legally raised again by a foreign country because of the discrediting effect that it could have on the Democrats, so justice should be forgotten and the entire scandal swept under the rug.

The ethical dilemma is that both sides really do have their respective points. Trump has a right to request an additional investigation by Ukraine into the seemingly separate but possibly interconnected accusations of corruption against Biden and his son, but it’s also true that he must have known that any evidence that emerges in support of those claims would have a powerful political impact at home in the context of the upcoming elections. Had Biden not been portrayed by the Mainstream Media as the Democratic frontrunner, then there probably wouldn’t have been any ethical questions at play (whether real, imagined, or exaggerated), but that’s obviously not the case so any such discussion is purely theoretical at this point. As it stands, however, it’s extremely difficult to prove beyond any reasonable doubt that Trump had corrupt intentions by inquiring about Biden’s admitted blackmail and Ukraine’s former anti-corruption investigation into his son’s company.

Barring any completely unforeseen development that results in the discovering of a so-called “smoking gun” proving the aforementioned, the move by the Democrats to impeach Trump is nothing more than pre-election political spectacle. His opponents probably believe that the mere move to begin impeachment proceedings against him will have a similar effect on the electorate as Comey’s reopening of his investigation into Hillary whereby voters will automatically assume some degree of guilt on his part and therefore judge him at the polls. That said, while both situations do have some structural similarities, they’re mostly entirely different from one another for a variety of reasons and are therefore incomparable. Still, that apparently hasn’t dawned on the Democrats, who are desperate to repeat the Clinton context against Trump as the ultimate form of revenge, though this risky gambit might just be their final undoing because of the high chance that it backfires on them.

ABOUT THE AUTHOR
Andrew Korybko is an American geopolitical analyst.