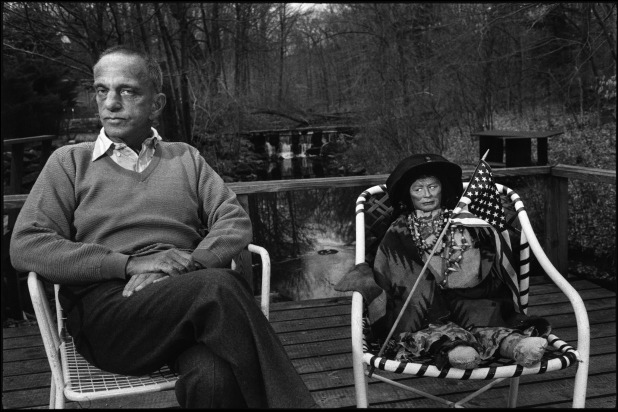 Roy Cohn, one of McCarthy's most notorious legal henchmen, and a shady operator, political blackmailer, fixer extraordinaire, and self-hating closeted gay, is in the news again with two new documentaries about him,  Bully. Coward. Victim. The Story of Roy Cohn, by Ivy Meeropol, granddaughter of Julius and Ethel Rosenberg, and the sure to be more successful, the more mainstream produced and distributed  Where’s My Roy Cohn?, by Matt Tyrnauer. In view of this, we thought you might want to have a look at this film.

THE VERDICT: This is an interesting movie—directed by the outstanding Frank Pierson (Dog Day Afternoon)— with an equally compelling performance by James Woods (an actor who in real lfe has been all over the place politically), about one of the scummiest slithering creatures to crawl out of the American ruling class swamp in the 20th century.

BONUS FEATURE
A look at the real Roy Cohn—

And, a discussion on Democracy Now!

(Remember that everything you see these days on Democracy Now! must be treated with extreme caution. Stay sharp and alert for possible pro-establishment and/or Democrat party/ CIA propaganda.)

Democracy Now!
https://democracynow.org - Former Trump campaign adviser Roger Stone, who was arrested on Friday, and Donald Trump share a unique history: Both were heavily influenced by the infamous attorney Roy Cohn, who served as a chief counsel to Senator Joseph McCarthy during the Red Scare in the 1950s and would later become a leading mob attorney. Cohn represented Trump for years and once claimed he considered Trump to be his best friend. Cohn is the subject of a new documentary at the Sundance Film Festival titled “Where’s My Roy Cohn?” We speak to the film’s director, Matt Tyrnauer.