Home AMERICAN BRAINWASH Will the Russians Ever Learn?

Will the Russians Ever Learn? 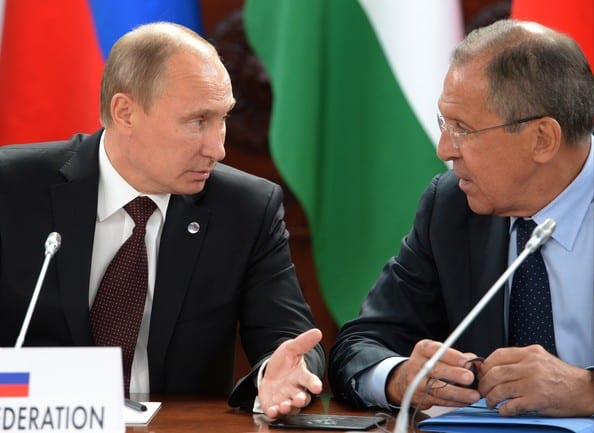 First iteration October 7, 2019
Insult after insult after insult, and the pathetic Russian Foreign Ministry still asks, “do the American authorities have no wish to normalize the dialogue?”  https://www.rt.com/russia/470312-fbi-questioning-russian-mp/

Of course they don’t.  How much evidence does the Russian Foreign Ministry need?  The Americans arrest the son of a Russian lawmaker abroad far outside any legal US jurisdiction—they kidnapped him—and brought him to Washington for a Kangaroo Court trial.  The Americans  arrested a Russian woman in the US, Maria Butina, falsely accused her of spying and sentened her to prison.  It goes on and on.  Now the Americans have detained for questioning Inga Yumasheva, a member of the Russian Parliament, who was invited to the US to participat in the Fort Ross Dialogue forum, an annual event in which Americans and Russians can talk directly to one another.

After Washington violated diplomatic immunity and seized control of the Russian consulate in San Francisco and trade offices in New York and Washington, how can the Russians not know that the US is a gangster state?  How does Russia have normal relations with the US gangster state? Is the Russian government incapable of recognizing obvious facts?

There is no reason whatsoever for Russia to be so afraid of the United States, a bankrupt, socially degenerating country that after two decades has proved unable to defeat a few thousand lightly armed Taliban in Afghanistan, just as the cowardly Israeli army, good only for killing women and children, has been chased out of Lebanon twice by a small Hezbollah militia.

Why does the Russian government invite scathing adverse publicity everywhere in the world by enabling US and US vassal provinces in Europe to finance NGOs that are subversive organizations run by the CIA inside Russia to cause protests and disruptions such as the recent Moscow protests that undermined the performance of the ruling parties in the Moscow elections?  The drop in the vote that supports Russian independence, rather than accommodation to Washington, was not from the success of the American propaganda.  It resulted from disgust of patriotic Russians that their government will not protect Russia from American interferrence in Russian elections.

Russia, China, and Iran seem unable to come to grips with the fact that Washington is a dangerous adversary that intends to exercise hegemony.

About the author(s)
A former establishment insider, Paul Craig Roberts is now a wide-ranging critic of the anglozionist imperial structure.

Will The Clintons Destroy The Democratic Party?