October 21, 2019
Please make sure these dispatches reach as many readers as possible. Share with kin, friends and workmates and ask them to do likewise. 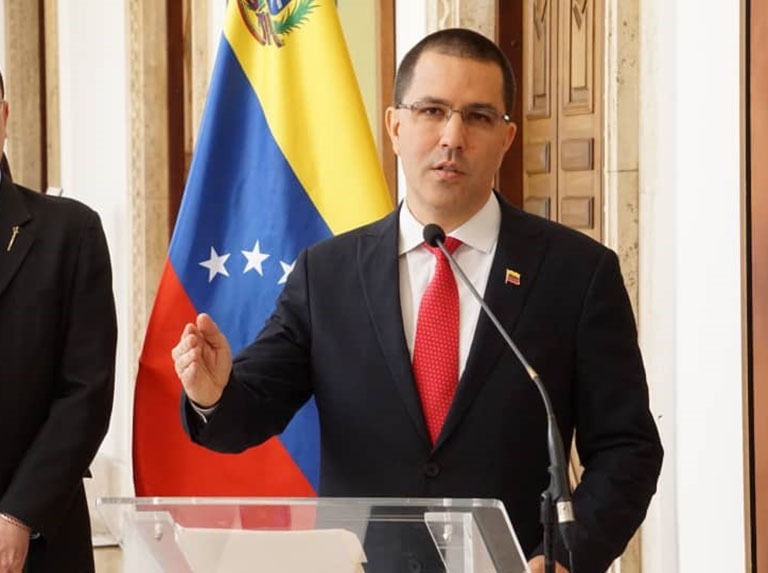 ABOVE: Foreign Minister J. Arreaza, widely seen as one of Latin America's most gifted diplomats.

[dropcap]A[/dropcap]s Venezuela became a member of the United Nations Human Rights Council for the term 2020-2022 on Thursday with the votes of 105 countries out of 193 member States, Foreign Minister Jorge Arreaza characterized this election as historic.

“We came to celebrate once again a victory of the Bolivarian Diplomacy of Peace at the U.N. We are looking at a victory that we describe as historic,” Minister Arreaza said.

“We have a multilateral rigorous contribution to make to the United Nations Human Rights System. We are working to prevent more violations, prevent that countries continue being blockaded, the imposition of sanctions, bombings, to prevent that the human rights of economic equality be violated around the world… During the coming three years there will be Venezuela as one of its full members,” Arreaza said.

The Venezuelan Diplomat denounced that his country was the victim of a brutal and fierce campaign on behalf of the United States and its allied members to prevent this election a great response.

“This is a historic victory because we faced a fierce and brutal campaign on behalf of the United States and its satellite governments aimed at preventing Venezuela to be elected today by the United Nations member States… The U.S., despite disregarding the United Nations and not even being a member of Human Rights Council, launched a fierce campaign,” Arreaza commented.

Venezuela defeated Costa Rica 105 to 96 in a secret ballot vote inside the UN General Assembly. Arreaza claimed it was a “historic mistake,” for them to run just to prevent Venezuela from being elected. “Multilateral diplomacy is made through proposals to build collectively,” he added.

A Panicked Israel Is a Dangerous Israel

Russia is Fighting a War of Self-Preservation

The Death of the “Lima Group” and Re-birth...

Random Reflections on the Divine Imperium...

Russia Warns US of Unpredictable Consequences;...