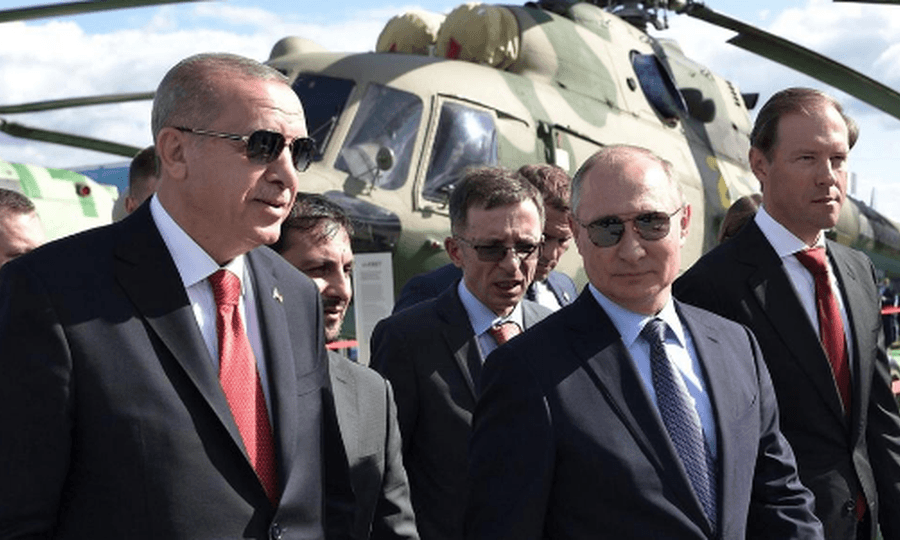 Less than 48 hours after US troops were pelted with tomatoes and stones as they abandoned their former Kurdish allies in northeastern Syria, Russia has moved in as the region’s new referee.

Russian President Vladimir Putin, after marathon six-hour talks with his Turkish counterpart, secured an agreement to halt a Turkish invasion of the border area – instead offering joint patrols with his forces in specific border towns.

Turkish Foreign Minister Mevlut Cavusoglu acknowledged the joint patrols would not apply to the Syrian city of Qamishli, where Syria’s armed forces have maintained an airbase throughout the war.

Kurdish YPG/YPJ forces are to withdraw 30 kilometers from the Turkish border in the span of one week – thus cleaving them from their sister group the PKK in Turkey.

The Moscow-sanctioned patrols, however, will only be allowed ten kilometers deep into Syria, in keeping with Moscow’s guiding principle of sovereignty.

“In general, stable and long-term stabilization in Syria can only be reached if the country’s sovereignty and territorial integrity are adhered to,” Putin said Tuesday, in comments published by Russia’s Tass news agency.

“Most importantly, our Turkish partners share this approach,” he added.

The US presence in Syria is now essentially limited to a base in the far east of the Syrian desert, even as US President Donald Trump has mused about leaving a number of troops in eastern Syria to seize oil fields.

Prior to the Sochi meeting, Erdogan emphasized that “Turkey does not have an eye on any country’s territory” — calling such an accusation an “insult.”

Turkey last year backed a military incursion into the northern Syrian city of Afrin, sending its largely Kurdish and minority Yazidi community fleeing under artillery fire, and then bussed in defeated Arab rebels and their families to settle in their homes.

Syrian President Bashar al-Assad, during a visit to the front lines in the northwestern province of Idlib on Tuesday, said the Turkish leader was the number one threat of the day.

“Erdogan (…) is a thief who steals wheat, petroleum, and factories, and now he is trying to steal land,” Syria’s state news agency quoted Assad as saying.

Idlib is dominated by a former Al-Qaeda affiliate, whose leader has worked to remain in the good graces of Turkey – publicly backing Ankara’s operation against Kurdish forces further east.

The status of Idlib and its 3 million residents – half of whom have been displaced multiple times during the conflict – was likely a key topic of discussion at the Sochi meeting.

Following their talks, Erdogan and Putin agreed to continue their efforts to find a political solution in Syria – not through the UN but via the Russian-backed Astana process.

Eastern Nations Prefer Russian Weapons to US Ones