November 6, 2019
Please make sure these dispatches reach as many readers as possible. Share with kin, friends and workmates and ask them to do likewise. 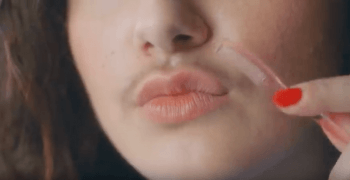 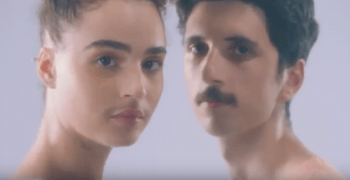 Editor’s Note: With a society in free-fall morally, permeated by lies and hypocrisy, the powers that be are endorsing peripheral and ultimately dubious forms of “liberation”, plunging everyone ever closer to an absurdist chaos in which the obsession with an ill-defined ideal of self realisation reaches truly destructive dimensions. In the name of freedom, must confusion rule all social interactions?

Should women unashamedly wear mustaches? Should men abandon their masculinity because it’s ‘toxic’? This is all just a smoke screen capitalist overlords use to hide real issues and stay in power, philosopher Slavoj Zizek believes.

In one of the latest anti-objectification messages, women’s razor brand Billie ran an ad timed to Movember (the annual ‘mustache month’ event), proclaiming that “women have mustaches too” and should not be ashamed to grow them out. It looks like a step in the right direction of gender (identity) equality – but is in fact a drive fueled by the big corporations that do not want people to challenge the existing status quo in more substantial ways, world-renowned philosopher Zizek believes.

Here are his further thoughts on the issue:

I think this is a part of a larger phenomenon, which follows this logic: if women try to be beautiful or to obey the models of beauty in a traditional sense they objectify themselves for men. So women should re-appropriate their bodies in the sense of admitting them in their everyday ugliness – hair, fat, whatever – to de-mystify their bodies, to show that a woman’s body, especially sex organs, is not what they are for the gaze of men but has its own positive function that should be appropriated by women because women cannot be reduced to being objects for men.

“As once heterosexual standards were imposed oppressing other identities, now, if you read all these texts, in some of them you find the idea that if you are still within the traditional heterosexual sexuality you are somehow retarded. To be truly free, you have to play with your identity and blur all the lines…”
On the one hand, I agree with the women’s feeling of oppression but I see a problem with this logic. Let’s face it: sexuality as such involves a certain degree of self-objectification. For example, when I engage in sexual activity, when I embrace a naked person that I love, I abstract (and that is the imminent logic of sexuality) from all the nasty things that are part of the human body – bad odors, remains of dirt etc. I minimally idealize, in a way, the other’s body. Without this, we approach de-sexualization.

In spite of all the talk about free sexuality liberated from binary heterosexual restraints, what we are basically dealing with here is an attack on sexuality as such.

Push for imaginary sexual freedom will only lead to worse oppression

We all know that human sexuality is not just something biologically predetermined – as the traumatic experiences of transgender people prove. In your psychological identity, you can be a woman trapped in a masculine body, and you are ready to suffer quite a lot to change your body so that it fits your inner psychological identity. All this happens. There is no direct biological determination here. 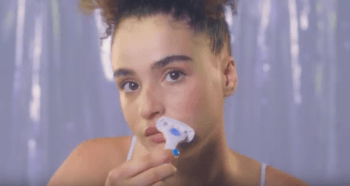 Yet, to make a big jump from here to a claim that sexual difference is just one among the oppressive constructs of those in power and that we should playfully engage in multiple sexual identities, that it is just a game, and that everything is open and that if we just get rid of the binary heterosexual oppression we will enjoy full free sexuality, is a great mistake. It obliterates the basic lesson of Freudian psychoanalysis, which is that sexuality in itself is something pretty dark.

It is not a happy domain. It is a domain of deep traumas, masochist reversals and so on. That is why it is not enough to claim that if we get rid of this big masculine-feminine gender duality and, to paraphrase Mao Zedong, who said that thousands of flowers should blossom in us, to say that thousands of identities should blossom and all will be happy and live a satisfied sexual life. No, human sexuality, again, is inherently traumatic. It is a big mess, there is no simple formula here.

As experience with political correctness demonstrates, if you try to liberate sexuality in this simplistic sense and get rid of this heterosexual normativity and let all the different forms proliferate, you end up in an even worse oppression.

Everyone should be free to objectify themselves

As it is usual with such events, we should not underestimate the degree to which this is a relatively marginal phenomenon. Be sure, most women will not want to grow a mustache and if they want to – let them do what they want. I often detect in these transgender new identities something that I do not like. It is that as once heterosexual standards were imposed oppressing other identities, now, if you read all these texts, in some of them you find the idea that if you are still within the traditional heterosexual sexuality you are somehow retarded. To be truly free, you have to play with your identity and blur all the lines.

I do not agree with this. This idea of freely rearranging, changing your body and playing with identities is something that perfectly fits today’s consumerist capitalism with its infinite dynamics. There is a chance that big companies are already playing these games. Probably some of our readers remember a Gillette ad from about a half a year ago, where a father helps his ex-daughter, who is now a boy, to shave herself for the first time with Gillette. There is absolutely nothing subversive in this ‘play with different identities, experiment with yourself’ attitude. It is simply a perfect form of sexuality for the late consumerist capitalism.

A lesson that we should take from all of this, not just from commercials, which are then sold to us with a progressive twist, but also the fact that – remember two or three years ago transgender movement exploded in the US with this big campaign for toilets that should be open to all sexual identities, not just masculine/feminine – how the entire big corporate US – all the big names like Tim Cook or Zuckerberg – all passionately followed this path and supported it. Unfortunately, this type of struggle for free sexual identities is something that can easily be used as a part of capitalist machinery to oppress more dangerous popular demands, even and especially the authentic feminist protests.

On the one hand, (and I wholeheartedly celebrate and support this) there is some kind of awakening of women. There are forms of feminine subordination, which are part of our tradition from even before class societies, from tribal societies – like woman is passive, subordinated to men. As it is always the case, the establishment tries to redirect this awakening in such a direction that it will not really change power relations. We will get a quota for women, women will be presented in the media more respectfully. But the same power relations will persist in our society. That is what all these fighters against patriarchy do not often get.

In the developed West, the ruling ideology is no longer a patriarchy. It is a kind of false openness which also functions as a way to avoid radical mobilization and radical solutions. When we are focused on whether a woman can wear a beard or a man can put on lipstick, no one wants to talk about the continuing terrifying oppression of women, of the exploding rape culture in  Mexico and South Africa. Let’s focus on the struggles in which the real freedom of people will be decided.

About the author(s)
Slavoj Zizek is a cultural philosopher. He’s a senior researcher at the Institute for Sociology and Philosophy at the University of Ljubljana and Global Distinguished Professor of German at New York University.