Home ACTIVISTS & HEROES Why I Do Not “Celebrate” Veteran’s Day 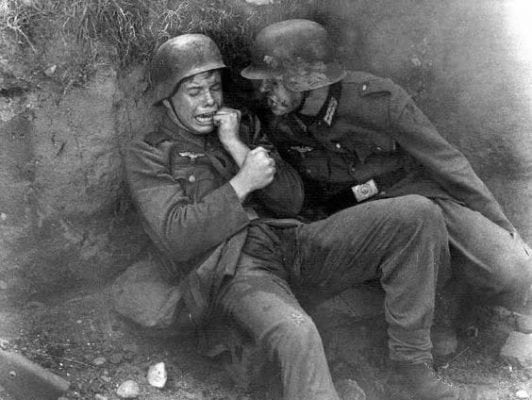 Dateline: Saturday, November 9, 2019
What we now know as Veteran's Day, was originally begun at the end of WW1 and known as Armistice Day- a misnomer, really. The armistice was simply a temporary cessation of hostilities in order to allow combatants a chance to negotiate a real end of the war. It was a day set aside to celebrate peace and an end to World War 1- The War To End All Wars which we now understand as, while being optimistic, a total disaster. The war had helped to create a wealthy class of elites. Corporations found it worthwhile to pursue war; instigate it if necessary. Eventually, there came a time when waging war took the place of waging peace. Peace, after all, didn't turn a profit. And there were other reasons. More importantly, the conditions of the so-called 'peace treaty'- the Treaty of Versailles- set the stage for the rise of Adolf Hitler and the beginning of perpetual war. It left Germans in horrific, abject poverty. In this climate- fighting back seemed their only option. The Treaty of Versailles was signed on June 28, 1919, seven months after Armistice Day. Fighting continued. People died. People starved.
Is this how we want to remember those who gave their lives and time believing they were acting in good faith to protect something intangible? All the while they were brainwashed, hoodwinked, fooled into believing their lives - ours and the people they were sent to 'liberate'- would be safer? War in 1918 and War in 2018 have only 3 things in common: people die, the earth and waters are poisoned, the wealthy become wealthier by virtue of their (sometimes unknown) relationship with war and the preparations for war. 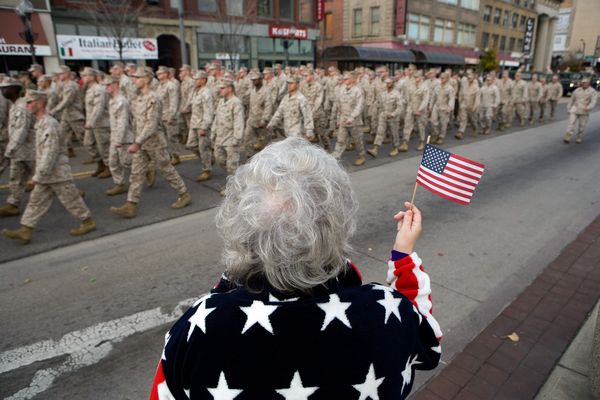 Not for me anymore.

I do not believe in war. Saying that I do not believe in war is not the same as saying "I don't support the troops". That is a ploy to make those who are against war seem like unpatriotic ingrates. What it means is- I don't believe in subsidizing young people to go halfway across the planet to kill other young people and unarmed civilians who are, today, 80% of casualties in 'modern warfare'. This counts for armed drones being guided to their destinations by "pilots" in "game rooms" in Colorado. This includes dropping bombs from the air. It also includes all armies-for-hire and mercenaries. However, there are plenty of veterans who continue to support war- they love war! They believe the Empire is doing God’s work.
The fact is- it also puts veterans in a bad spot if they don't appear pleased and ingratiated by your 'thanks for your service' comments. After all, if they've seen combat- they know the ugly truth. Why be 'thanked for that?
I am unchanged from the time I was old enough to understand war. I grew up in a military family and loved everything about it... until I learned the truth.
To those people who have joined the various branches of the military believing they are protecting me and my "freedoms" - I'm letting you off the hook. You don't have to feel obliged to protect me. I'm fine if you stay home, get an education, learn a trade, join the community, marry, raise a family and help contribute to the greater good. Same to those who have not taken that step; who are pushing back recruiters in their high schools. DON”T SIGN!
Don't risk your life for me.
To those of you who already took that step...I don't know what to say to you except, I hope you came back in one piece, that you never have to go again and that none of your children ever experiences war.
In peace.
—Bonnie J. Caracciolo
**There were 37 million casualities in WW1, both military and civilian. Of that number, 16 million were deaths, 21 million were wounded. The total figure is just under the entire current population of California.***(from 2014)

About the author(s)
Bonnie Caracciolo is a Boston-based peace activist.

Narrative Managers In Overdrive After Death Of White Helmets Founder