Home AMERICAN BRAINWASH Elizabeth Warren backpedals on “Medicare for All”

In the face of attacks by billionaires, Obama—

[dropcap]D[/dropcap]emocratic presidential candidate Elizabeth Warren released her “Medicare for All” plan November 1 to much fanfare. Her proposal, titled “Ending the Stranglehold of Health Care Costs on American Families,” is a version of the legislation she co-sponsored with Senator Bernie Sanders of Vermont.

Medicare for All, as put forward by the senator from Massachusetts, would do away with private insurance and end employer-sponsored coverage, making the federal government the sole insurer and creating what is called a single-payer system. Warren says the plan would cost $52 trillion over a decade and require $20.5 trillion in new funding after other savings are taken into account. 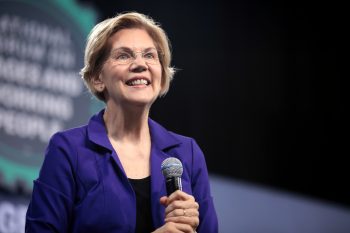 She immediately came under fire from billionaires such as former New York mayor Michael Bloomberg, Microsoft founder Bill Gates, JPMorgan CEO Jamie Dimon and hedge fund owner Leon Cupperman, who denounced her inclusion of a six percent “wealth tax” on holdings above $1 billion. Despite the fact that Warren’s Medicare for All plan doesn’t stand a chance of being passed by Congress or signed into law, the billionaires are outraged at any suggestion that they sacrifice a portion of their fortunes in new taxes.

Signaling that she had received the message, Warren on Friday released a “backup” plan for her Medicare for All proposal. She presented it as a “transition” to the full-blown plan. 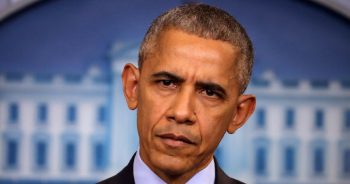 Obama: One of the smoothest charlatans in history. Now busy cautioning against "radical policies".

In reality, it exposes all of her proposals to overhaul the health care system as a fraud. With her “Plan B,” Warren is backtracking on virtually all of the components of the plan she announced just three weeks ago. She also announced that she would not even introduce her full Medicare for All program until the third year of her presidency.

Warren’s backpedaling exposes the basic deceit of all promises of progressive reform within the framework of the capitalist system. Whether it is Warren, who says she is a “capitalist to my bones,” or Sanders, who calls himself a “democratic socialist,” those politicians who claim the oligarchic ruling elite will agree to any significant incursion into their wealth and that such changes are possible through the corporate-controlled two-party system are lying. Were they to come to power, they would follow the example of Syriza in Greece, dropping their empty promises and doing the bidding of Wall Street.

Warren’s original plan had nothing in common with socialized medicine. It would not provide high-quality universal health care and would not do away with the for-profit health care industry. It would expand on the current Medicare plan for seniors, which is underfunded and provides substandard health care services.

Warren says her backup plan would be designed to pass with only a majority of Senate votes instead of the 60 votes needed to defeat a filibuster. During the transition period, private insurance coverage would be preserved for those who choose it, while people would be given the option of buying into a Medicare-type plan.

Warren claims she would also utilize her executive authority to implement changes to the health care system much in the way the Trump administration has acted to undermine components of the Affordable Care Act (Obamacare). She would return funding to Planned Parenthood and other reproductive health groups that provide abortion services. She would do away with new requirements on Medicaid recipients introduced by Trump, including work requirements and premiums. The sale of so-called short-term health plans, which do not follow all of the Affordable Care Act’s rules, would be restricted.

Warren also says she would offer subsidies to new groups of people to help them buy health insurance, including documented noncitizen immigrants. She would also seek to add a dental benefit to Medicare and write new rules requiring insurers to cover mental health care in the same way they cover other medical care.

Finally, she would employ government authority to rescind existing patents on medications that were developed with the help of government funding. The giant pharmaceutical industry can be counted on to challenge such moves. All such executive actions would face court challenges that could drag on for years.

Warren’s backup plan places her Medicare for All proposal in perspective. Her transition plan would in no way challenge the giant health care chains, drug companies or health insurance industry, as accommodations could be made with all of them to protect their profits.

As with any of the social crises confronting the working class today—from education to housing, poverty and income inequality—there is no way to address the urgent problem of health care without directly challenging the grip over society exercised by the corporate-financial oligarchy.

ABOUT THE AUTHOR
Kate Rendall writes for wsws.org, a socialist publication.

RELIGION & THE TREATMENT OF GOD’S...