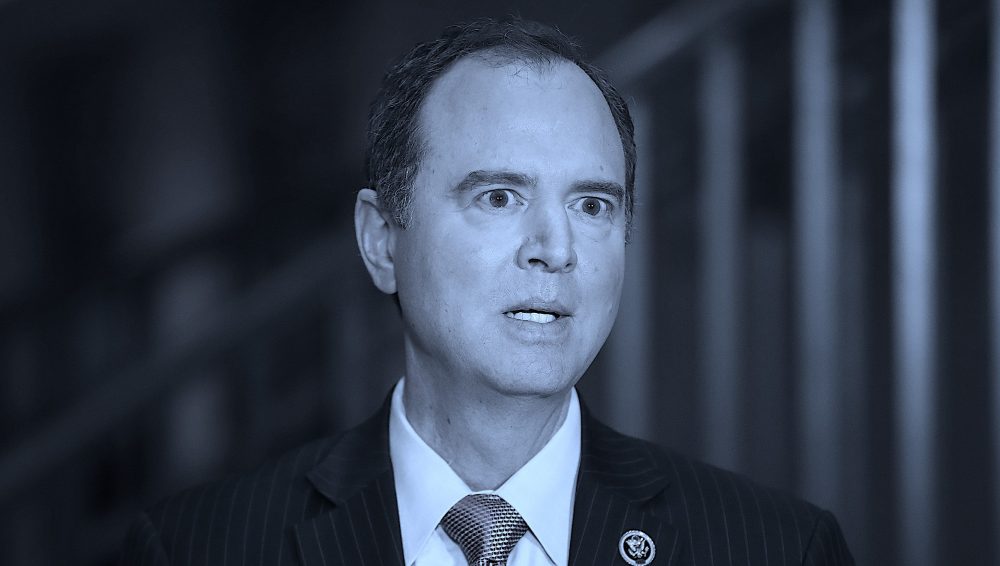 Power-hungry and repugnant warmonger and russophobe Democrat Adam Schiff: Setting records for hypocrisy and corruption. A dangerous man for the US and the world. Unfortunately all too common in the US political class.

[dropcap]A[/dropcap]fter several days of unremarkable testimony by assorted State Department functionaries the Democrats continue to struggle with ferreting out a legally defensible impeachable offense to warrant the three ring circus currently being conducted by Rep. Adam Schiff, Chair of the House Intel Committee.

On a railroad through the Intel Committee, the impeachment inquiry into President Donald Trump’s alleged attempt at a Quid Pro Quo (QPQ), Dems are no closer to a sure-fire ‘we got him now’ piece of evidence than when the inquiry began as they shift gears to widen the probe into “bribery’ and/or ‘extortion,’ whichever shoe fits.

At the outset, it is essential to recognize that the debate surrounding Trump’s impeachment is not to protect the Republican status quo as a preference to the Democratic status quo – as both have failed the American people when trusted honorable people of quality were needed. Today’s assembly of House Republicans opposing Schiff et al provide a glimmer that perhaps such individuals may yet exist. The opposition to the Democrat’s impeachment inquiry is, more importantly, an effort to preserve what remains of a constitutional democracy and the rule of law on the outside chance that a true patriot of unimpeachable, exceptional character may arise from the ashes.

Once Schiff agreed to take the behind-closed-doors witness depositions public, HR 660 was approved to establish new ground rules favorable to the Democrats to determine

“whether sufficient grounds exist for the House of Representatives to exercise its Constitutional power to impeach.” Those new rules invest Schiff with an insatiable power to rein in Republican committee members when and how he sees fit – limiting the ability of the minority to question witnesses, limiting due process for the accused and to deny Republican requests for witnesses unfavorable to Schiff like the alleged WB himself.

The first day of hearings began with Schiff opening statement inserting Russia into the fray with a totally inaccurate portrayal: “in 2014 Russia invaded US ally Ukraine to reverse that nation’s embrace of the west and to fulfill Vladimir Putin’s desire to rebuild a Russia empire.” What Schiff conveniently omitted was the role of Victoria Nuland, Assistant Secretary of State in Kiev in February, 2014 to effect the US overthrow of Ukraine’s democratically elected President Viktor Yanukovych when he refused to join the EU in favor of a trade agreement with Moscow.

In his statement, Schiff, known as the Dems most bold prevaricator on Russiagate, omitted any mention of the alleged WB/CIA operative who filed the Complaint and, after public promises to the contrary, is not expected to testify on the matter as neither is Hunter Biden whose presence on the Burisma Board is central to the inquiry. 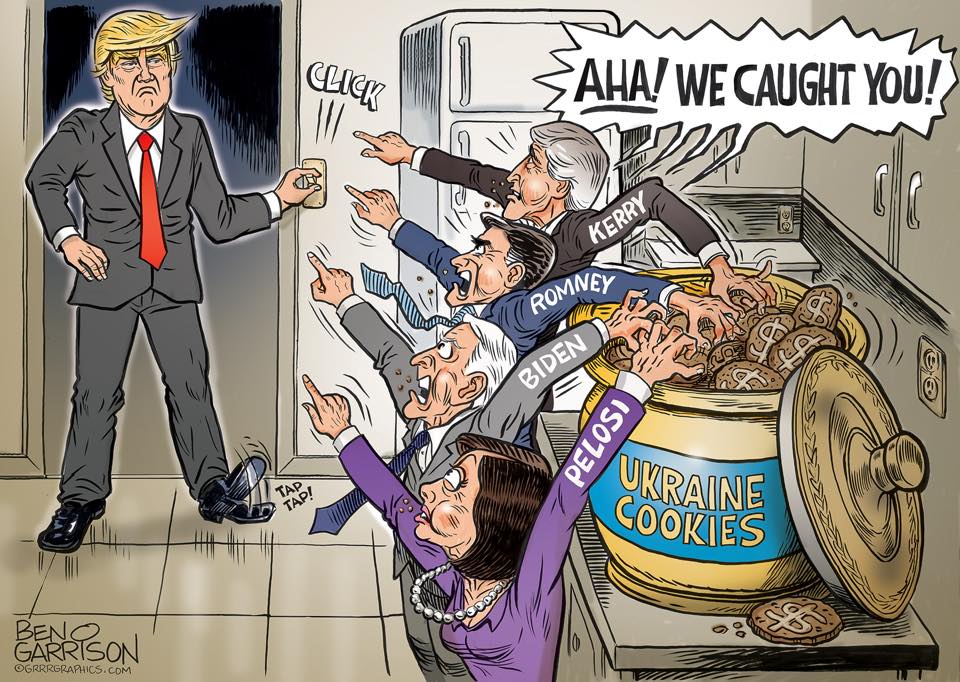 The rotten duopoly: a case of boundless hypocrisy.

During Day One, two career State Department officials, known as Ambassadors, pontificated on their version of how foreign policy should be conducted as if their experience entitled them to special decision-making authority above and beyond an elected President of the United States. Both remained ignorant and indifferent to the fact that unelected, embedded bureaucrats do not conduct their version of reality different from what an elected President has determined. Neither offered any incriminating evidence of wrongdoing, no bombshell of misbehavior or any compelling revelations besides scant meaningless trivia that had already been stated. All State Department testimony is against the background of the US State Department role in the 2014 coup what former President Obama referred to as ‘brokering a transition.”

Deputy Assistant Secretary of State George Kent then proved his own agenda in conflict with Trump’s objective that Ukraine is not vital to US interests when he reiterated Schiff’s earlier comments regarding the 2014 coup as a “popular revolution of dignity in 2014 forcing a corrupt pro Russian communist to flee to Moscow – after that Russian invaded Ukraine, including the Crimea and the Donbass territories currently occupied by Russia.” What neither Schiff nor Kent mentioned was that Volodymyr Zelensky was overwhelmingly elected President of Ukraine over US puppet Petro Poroshenko with 73% of the vote and the stated goal of cleaning up corruption, resolving the conflict in the Donbas and normalizing relations with Russia. Putin and Zelensky are scheduled to meet in Paris on December 9th.

Kent went on to describe having a “front row seat” in early 2015 when he “raised questions with the Deputy Prosecutor General about why the (Burisma) investigation had been terminated. Later he said he ‘became aware that Hunter Biden was on the Burisma board and soon after, in a briefing call with the National Security staff of VP Biden’s office in 2015”, he “raised concerns that Hunter Biden status on the Board member could create the perception of a conflict of interest.” In other words, if it was permissible for Kent to raise questions of the younger Biden’s presence on Burisma, the President of the US would have an even more legitimate reason for concern.

Kent confirmed that ‘there are and always have been conditionality placed on our sovereign loan guarantees for Ukraine; the IMF does the same thing.” which sounds like an administration using political incentives as a negotiating tool to achieve political objectives. In other words, it is common practice for any administration to provide loan guarantees with strings attached.

On Day Two, former US Ambassador to Ukraine Marie Yuvanovich testified for longer than was necessary since she had nothing relevant to contribute except how her feelings were hurt as she was summarily dismissed from her position. Soon after Yuvanovich made a controversial statement calling for the removal of Ukraine’s special anti corruption prosecutor, she was told the President had lost faith in her and that she would be dismissed. Any President has the constitutional right to dismiss any State Department diplomat or any other political appointee at any time.

Rep. Chris Stewart (R-Utah) inquired of Yuvanovich "Do you have any information regarding the President of the United States accepting any bribes?" Yovanovitch responded: "No.”

Stewart again inquired “Do you have any information regarding any criminal activity that he has been involved with at all?” Again Yovanovitch responded "No." Period. End of Story.

NSC staffer Lt. Col. Alexander Vindman testified this week and offered his opinion athat the President was “inappropriate” or “improper” but was unable to provide Ranking Member Nunes with a factual basis of wrongdoing or to questions as Schiff interceded on behalf of the WB.

By the end of day three, former Special Envoy to Ukraine Kurt Volker testified that he saw no QPQ and no evidence of bribery or extortion. Tim Morrison, former National Security staff testified he did not agree with Schiff’s interpretation of the Trump Zelensky July 25th transcript.

On day four, another Star Witness former Ambassador to the EU Gordon Sondland also failed to provide Schiff with the necessary clincher to provide an irrefutable impeachable offense.

What was inescapable during the hearing was the absence of parliamentary courtesy or simply personal gracious conduct on the part of Chair of the Committee who was consistently intrusive as he overstepped his role with arbitrary, prejudicial violations of Roberts Rules of Order. Schiff routinely ruled Points of Order to be out of order with an inflated sense of magisterial presence. His demeanor proved to be classless and boorish as if he had been granted special dispensation from the House of Representative’s Code of Conduct to treat his colleagues with disdain and contempt. Schiff routinely refused to ‘recognize’ a Member, liberally gavelled his authority to cut off debate and at times, badgered Republican witnesses and further treated Republican Members, who are his peers, as second class citizens in what was once regarded as a collegial body. Once the dust settles, the House Ethics Committee may ultimately weigh in on Schiff’s character and the manner in which he conducted the Committee’s business. 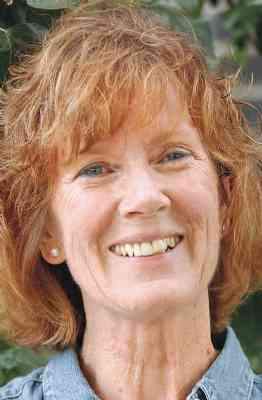 Renee Parsons has been a member of the ACLU’s Florida State Board of Directors and president of the ACLU Treasure Coast Chapter. She has been an elected public official in Colorado, an environmental lobbyist with Friends of the Earth and staff member of the US House of Representatives in Washington DC. She can be found on Twitter @reneedove31.

Hate For the Indian

I got my programmed ATM card to
withdraw the maximum of $5,000 daily for a maximum of 30
days via (wesleymarkhackers@gmail.com).
I am so happy about this because I have used it to get $150,000. though it is illegal but it
is something very nice helpful. He also give loans at 2%.
you can also benefit by contacting him now.