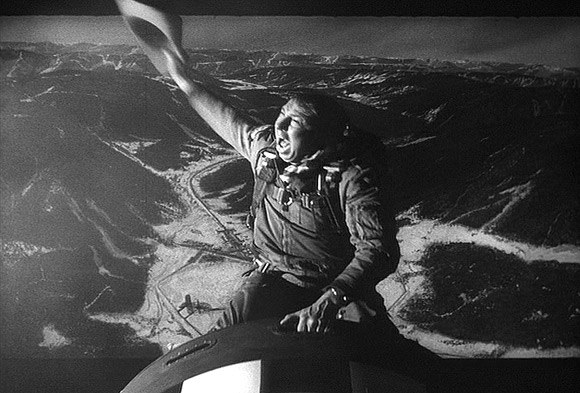 The Rolling Stones' 1969 hit song ' Gimme Shelter' kind of said it all:

Oh, a storm is threat'ning
My very life today
If I don't get some shelter
Oh yeah, I'm gonna fade away

We still live inside of an Amerikan empire that celebrates the super rich and the use of war to control things. Look at how many phony wars were perpetrated since the last real war we were in, that being WW2: Korea ( 1950- 1953) to Vietnam (1961-1973), Dominican Republic (1965), Lebanon (1982), Grenada (1983), Panama (1989), Iraq (1991), Somalia (1993), Haiti (1994), Bosnia (1994), Kosovo (1999), Afghanistan ( 2001-), Iraq ( 2003-) and now Syria ( 2014- ) .Our troops have always been sent into areas we had and have NO business being in! Yet, it seems the suckers... sorry, the voters, don't seem to care. So what that over HALF of their federal taxes goes down that rabbit hole renamed MILITARY SPENDING? You watch those empire orchestrated (via a compliant and embedded media) debates and hardly ever hear any real ' give and take ' about this obscene military spending. The newest mantra, actually orchestrated by Mrs. Clinton while Secretary of State, and our current CIA influenced Congress ( with CNN and MSNBC lending full support) , labeling Russia the ' Evil Empire' and Putin the most recent ' Hitler'. Wait a second! I thought that communism was dead and buried for over 30 years. How can this be? Are we living in some Woody Allen flick? 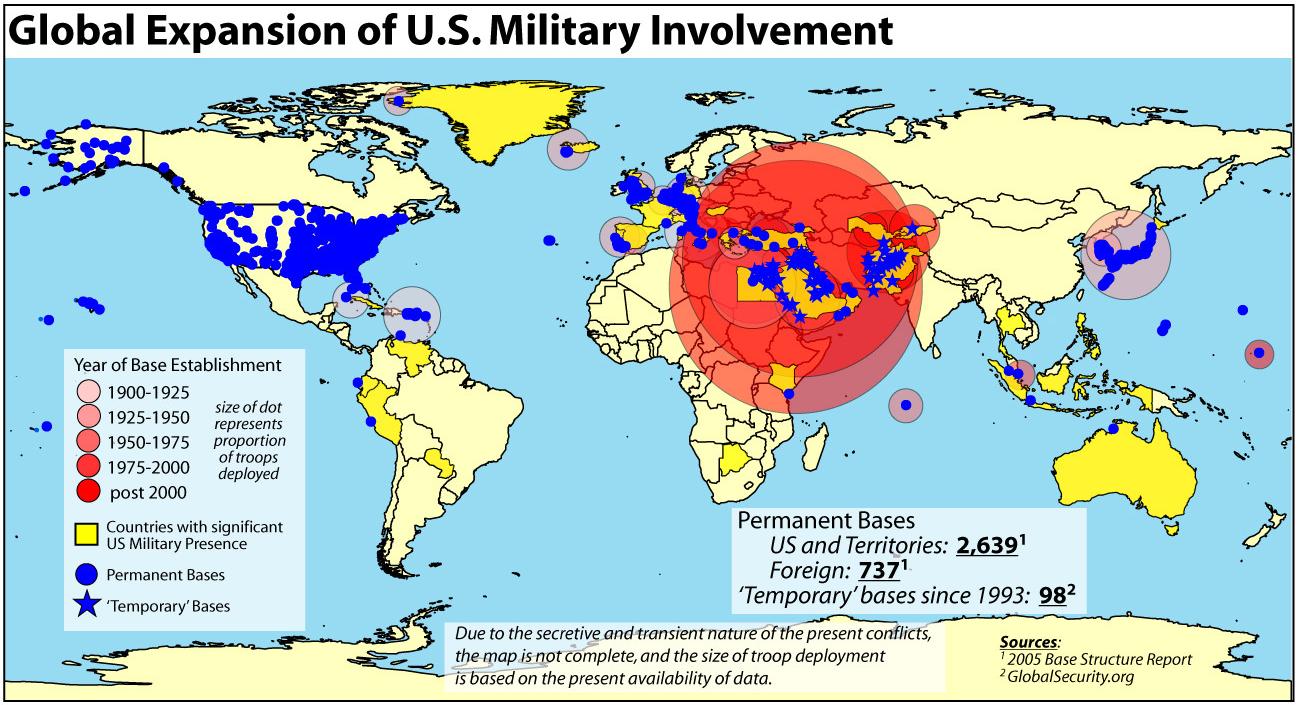 US/NATO have been busy encircling Russia for generations, always in pursuit of US demented strategy of "first strike capablity". This important topic is practically never discussed on the US whore media.

If you ever watched Roger Donaldson's 2001 film Thirteen Days about the 1962 Cuban Missile Crisis, you would understand what is going through the mind of Russia's leaders. In that film JFK echoed the feelings of just about every American in regard to Soviet missiles in Cuba being  able to reach most major US cities, including of course Washington DC. They just had to go! Well, how do you think the Russians feel about NATO countries that border them having that same capacity? The Ukraine borders Russia, actually was a major part of the former Soviet Union, and is hostile towards Russia, They are currently being run by a group that would make Hitler's Nazis proud. One must understand what Germany did to the Soviet Union during WW2. It took upwards of 25 million dead of their citizens to finally thwart the Nazi onslaught. We here in the USA never had to face the uncertainty of being invaded and then occupied by a foreign adversary. They did!!

Which brings me to my real reason for the title of this column: Shelter. Having personally experienced being at the mercy of absentee landlords, in plain English the whole concept sucks! The true goal of the absentee landlord, or as they refer to it as ' Owner of investment property, is to earn as much money as possible ( AKA ' Return of investment ) from another's need for shelter. They usually do this for as little an expense as possible. Too many times, in far too many instances, this writer has seen the turmoil from living in housing that never is truly up to snuff. The term itself, Landlord ( AKA Land Lord) comes right out of Feudalism. After the housing bubble burst of 2008, many who once owned a home became renters in the very homes that were once theirs. As when the sharks circle their next meal, corporate and individual predators took advantage of the bleak times and became absentee landlords. Large corporations like The Blackstone Group have bought up, at fire sale prices, millions of  foreclosed homes and turned them into rentals. The real crime is that the rents are much higher than if the renter was able to afford a down payment and pay a lower price for a mortgage on the same property! Something is sick about that whole scenario!

Imagine if the aforementioned obscene military spending was cut by half, which would come to a minimum of $ 360 billion a year and that is not counting the Black Budget even Congress is not privy to.  The 1000+ military bases overseas would be see half of them closed and those soldiers, sailors and airmen returned home. The overkill nuclear weapons arsenal and other WMDs would be reduced, along with the need for all those planes and tanks and Apache Helicopters ( which cost over $ 20 million each) and who knows what else the Pentagon has a blank check for. One thinks that some of that almost half a trillion dollars saved could be used to institute a real Medicare for All  without the need for the private insurance bandits. We could also see local communities, being subsidized by Uncle Sam, to take over rental property from private interests through eminent domain and charge tenants a fair price. Then, with help from the federal government,, local communities could open up  Non Profit Mortgage Banks charging but overhead. Tens of millions of us would no longer have to be renters when mortgage rates would be much less than HALF of what they currently are.

This Amerikan empire needs to be told that it cannot keep us in this ' Two Party/One Party' food fight. The phony wars and celebration of the super rich alongside this LIE that we are a democracy must be challenged. All working stiffs nationwide need to demand the shelter of what Mark Twain labeled the purpose of politics: " To protect us from the crooks and scoundrels."

Can Russia (or Iran) survive without China?