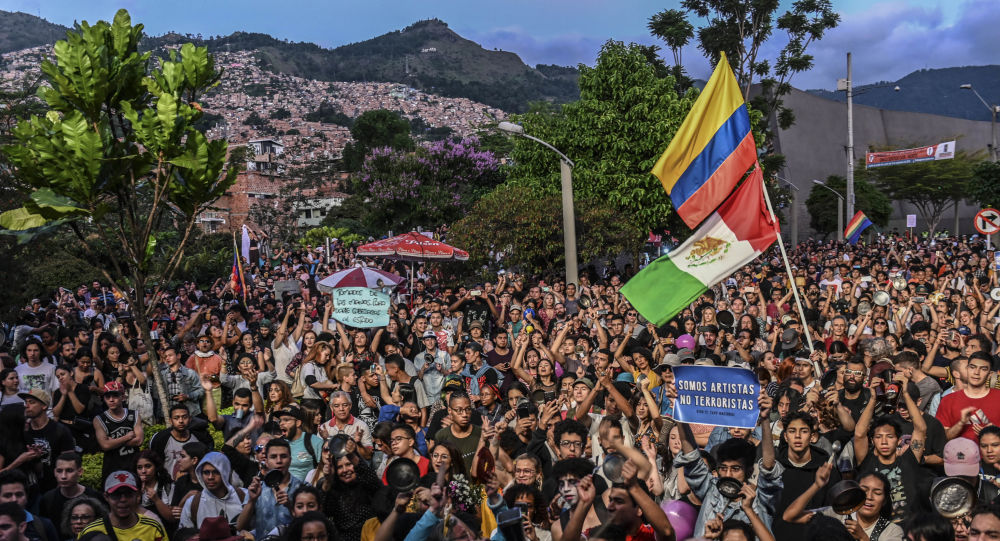 People have to realise that fighting back against the suffocating symptoms of a criminal and rotten system is good, but getting rid of it is better. —Editors

The protests started in Colombia last week after the government headed by President Ivan Duque had announced a pension reform.

People are taking to the streets in Bogota as part of the third national strike against the government's policies.

The protesters demand an increase in salaries, more jobs and more funding for public education.

The first wave of protests started last week after the government led by Ivan Duque announced a reform of the pension system. At least four people have been killed in the protests and hundreds more were injured in clashes with the police.

Now be sure to share this article with friends, kin and workmates! Fighting the empire starts when you neutralise its shameless lies.
About the author(s)
THINK!