Home ABOMINATIONS Some Truth About The War On Afghanistan

Some Truth About The War On Afghanistan 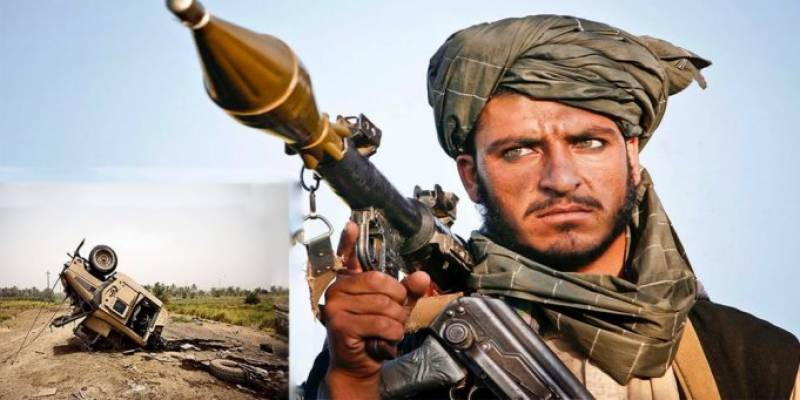 The Washington Post liberated some 2,000 pages of more than 400 interview transcripts and summaries from the Office of the Special Inspector General for Afghanistan Reconstruction (SIGAR). The interviews were with officials and soldiers involved in the war on Afghanistan.

Reading through the three part series on the papers is depressing. The opinions and narrations of the insiders are, as could be expected, devastating:

“We were devoid of a fundamental understanding of Afghanistan — we didn’t know what we were doing,” Douglas Lute, a three-star Army general who served as the White House’s Afghan war czar during the Bush and Obama administrations, told government interviewers in 2015. He added: “What are we trying to do here? We didn’t have the foggiest notion of what we were undertaking.”

Since 2001 the U.S. has spent more than $1 trillion on Afghanistan. Most of the money has flown back to 'contractors' in the United States. A significant part, whatever bribes and corruption would generate, was invested by Afghan officials in real estate in Dubai.

In public, U.S. officials insisted they had no tolerance for graft. But in the Lessons Learned interviews, they admitted the U.S. government looked the other way while Afghan power brokers — allies of Washington — plundered with impunity.
Christopher Kolenda, an Army colonel who deployed to Afghanistan several times and advised three U.S. generals in charge of the war, said that the Afghan government led by President Hamid Karzai had “self-organized into a kleptocracy” by 2006 — and that U.S. officials failed to recognize the lethal threat it posed to their strategy.

Little of the money reached the common people of Afghanistan. Where it did it was wasted on projects that Afghanistan will never be able to sustain. The corruption is one reason why many Afghans tolerate or even favor Taliban rule. (The areas the map shows as 'contested' are in fact Taliban ruled.) 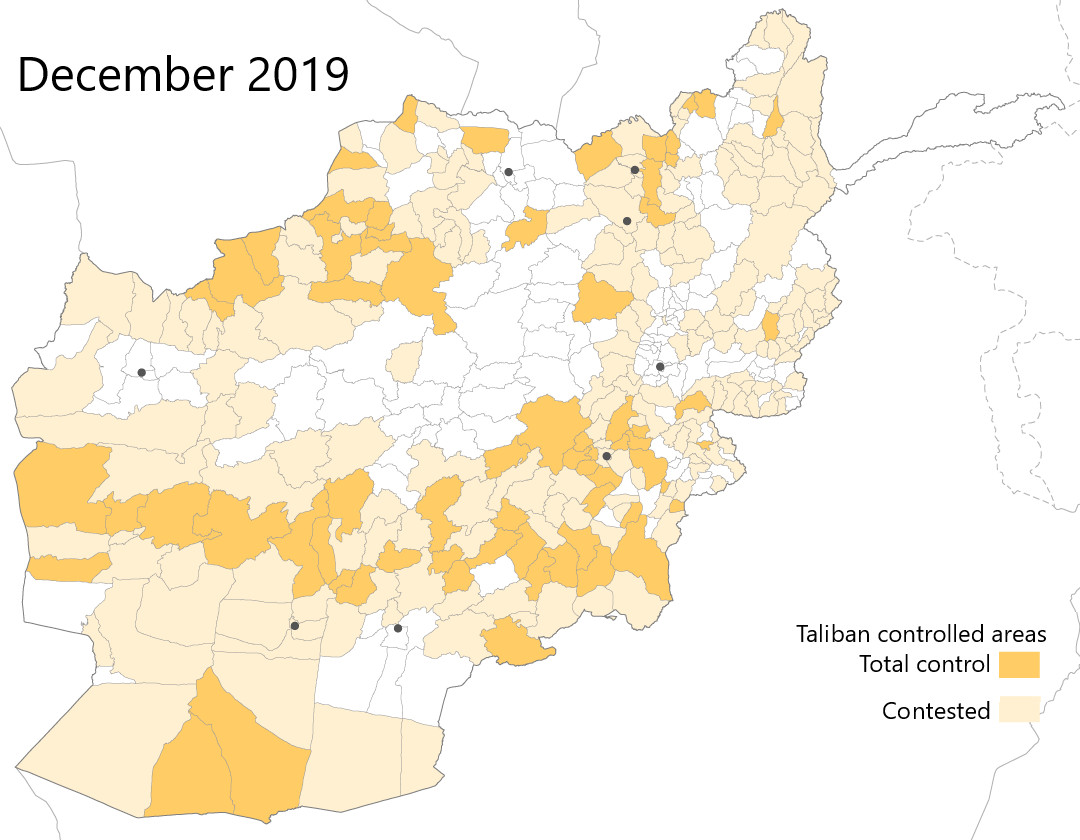 The war was and is completely unnecessary to begin with:

“Why did we make the Taliban the enemy when we were attacked by al-Qaeda? Why did we want to defeat the Taliban?” Eggers said in a Lessons Learned interview. “Collectively the system is incapable of taking a step back to question basic assumptions.”

The war was and is a racket. It has no purpose but to move money from the taxpayer towards special interest. To justify the theft politicians and military commanders have lied to the public again and again:

Several of those interviewed described explicit and sustained efforts by the U.S. government to deliberately mislead the public. They said it was common at military headquarters in Kabul — and at the White House — to distort statistics to make it appear the United States was winning the war when that was not the case.

“Every data point was altered to present the best picture possible,” Bob Crowley, an Army colonel who served as a senior counterinsurgency adviser to U.S. military commanders in 2013 and 2014, told government interviewers. “Surveys, for instance, were totally unreliable but reinforced that everything we were doing was right and we became a self-licking ice cream cone.”

The ice cream cone continues to lick itself.

Presidential elections in Afghanistan were supposed to be held in March of this year. They were moved twice and finally took place in September. The results were supposed to be announced in October but that date was moved to November. Then the election commission decided to delay the announcement a second time, indefinitely.

The positions at the top of the Afghan government are extremely lucrative. None of the leaders will make room for another.

The Trump administration is now again talking with the Taliban to negotiate some peace deal. The conditions the Taliban set are clear. They will not allow foreign troops in their country. The U.S. military and the CIA are unwilling to agree to that even as the 12,000 U.S. soldiers there serve no recognizable purpose.

The only way to leave Afghanistan is to leave Afghanistan. Trump should just order the troops out. All of them. Unconditionally and as soon as practically doable. The bigwigs in Kabul will move to Dubai, the Taliban will take over Kabul and will, within a few months or a year, pacify the country. Only then, when Afghanistan is ruled by hopefully non-corrupt leaders, will it be possible to sensibly develop the country. A lot could be done with less than 1% of the money that is currently spent on the war.

But that only makes sense and will therefore not happen.

(This is a Moon of Alabama fundraiser week. Please consider to support our work.)

Comments Sampler
- The US invaded Afghanistan because it would bring US troops closer to Russia, Iran & China. And that's the reason why the US won't ever withdraw its troops from that country. But it will be a matter of time before the US will be FORCED to pull out their troops from Afghanistan. "Financial problems" at home (in the US) will be the driver to do so.
- Trump won't withdraw US troops from Afghanistan because doesn't dare to resist the Military-Industrial-Congressional complex.
- One Johan Galtung predicts that the US Empire will collapse in/around the year 2020.

Willy2.
Good question: When will the dollar, as Putin put it recently, "collapse"? Presumably, a collapse would come in connection with uncontainable, interconnected financial crises and would cause a whole lot of Afghan-style military ops all over the world to come to a screeching halt.

Been reading M. Armstrong recently. Would be interested to know Mr. Bernard's take on how the looming financial crisis in the West will push geopolitics over the net 20 years:

"With all the disinformation circulating around about this Repo Crisis, one must question can they really be that stupid? This is really the Mother of all Financial Crises, which will impact everything it touches. This will make the 2007-2009 financial crisis look like a trial run. There is no politician who will stand up and talk about this crisis nor will they dare to even ask pertinent questions for fear of what will be revealed." - Armstrong.

The U.S. Campaign To Weaken Iran’s ‘Axis Of Resistance’ Is Failing