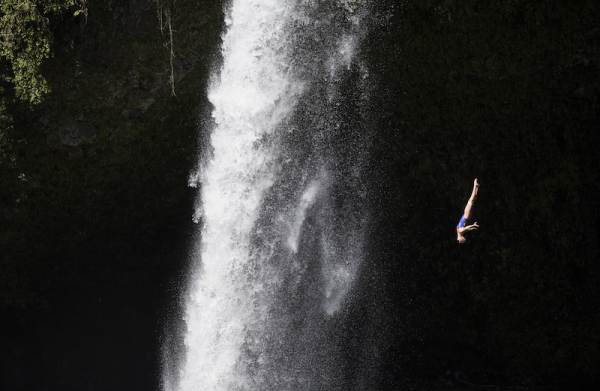 If humanity is to turn away from its murderous, omnicidal, ecocidal, oppressive and exploitative trajectory, it will necessarily involve a sharp, drastic deviation from all its previous patterning.

You would think that this would go without saying; obviously a drastic change in behavior will look drastically different from the behavior which preceded it. This is self-evident. Yet when you look at the arguments that people are making today, there’s almost universally a built-in assumption that humankind’s salvation will in some way involve a continuation of its previous patterning.

Most people with an ear to the ground understand to some extent that the collective behavior of our species is unsustainable. Where they differ in opinion is on what should be done to address this problem. Where they unify in opinion is on the assumption that the solution will look like their own personal ideology winning out over all the others. Capitalists believe that capitalism will provide technological solutions to the problems that capitalism has created, and that this will happen more quickly and efficiently if the fetters on capitalism are removed. Socialists believe that socialism will solve the problems that socialism has been powerless to provide this entire time, if only this consistent pattern of socialism’s inability to obtain dominance is magically deviated from somehow. And so on.

But if you really think honestly about it, how can that possibly be? How can any preexisting ideological pattern possibly create a deviation in patterning? Any ideology you are bringing to the table will almost certainly be one which has been a part of humanity’s collective patterning for generations, and probably for centuries. How can an ideology which has been promoted in more or less the same patterns for generation possibly lead to a pattern deviation?

Believing you can create a sharp change in direction by shoving in a direction people have already been shoving for generations is like believing you can dry yourself off using water. The old patterns cannot create new patterning any more than water can create the state of dryness. It is against their inherent nature.

Because of our limited lifespans and our cognitive inability to perceive everything at once, it’s difficult to see the big picture of humanity’s plight as a whole. It’s difficult to give due significance to the fact that the ideological tug-of-war game which seems to be presenting in one particular election in one particular location we’re particularly passionate about has actually been going on all over the world since long before we were born, and all that it has gained us is the situation in which we now find ourselves. The shoving of your one preferred ideology is inseparable from the whole of our total collective patterning, and it always has been.

What this means is that if there is to be any deviation from our species’ self-destructive trajectory, the cause of that deviation will come completely out of left field. No one will expect it, because it won’t come from a direction that we have been conditioned through our experience to look. Our unpatterning will necessarily come from a completely un-patterned direction. A collective movement in an unprecedented direction will necessarily have an unprecedented antecedent.

So in what way is what I’m saying useful to you? If the only hope for humanity lies in the arrival of conditions you can’t possibly predict, then it makes no difference what you think or do because those conditions will either arrive or not regardless of your conditioned patterning, right?

Well, yes and no. Obviously there’s nothing you can do to create the conditions of a change agent you can’t possibly anticipate with your learned mental patternings. So in that sense you may as well keep fighting the bastards in whatever way seems best to you in order to keep them at bay for the time being (and also because fuck them). But one thing you can do in order to help grease the wheels of drastic change is to prepare yourself and the world for a leap into the unknown.

Because that’s necessarily what a drastic pattern deviation will look like: a leap into the unknown. The precipice of the changes we all intuitively sense are on our horizon is the precipice between the known patterns and the unknowable unpatterning. The annihilation that many are predicting will look like literal human extinction may well end up actually presenting as the annihilation of our conditioned patterning. Which is, experientially, a kind of death.

So what you can do on a personal level is let go of your attachment to the known. Sell off all stocks you’ve invested in your conditioned mental patterning and begin doing the hard inner work necessary to embrace the unknown and unknowable. Begin surprising yourself, and opening doors to allow life to surprise you. Take chances on new and unpredictable situations instead of taking refuge in the known and the familiar. Give less and less interest and attention to your conditioned, looping mental narratives and more and more to the uncontrollable present moment in which literally anything can be born.

You can carry this embrace of the unknowable out into the collective level by creating and expressing from it. Make art which comes from an unpatterned direction. Do things which make people question how reliable their patterned expectations are. It may sound cliche, but there is immense wisdom hidden in the saying “practice random kindness and senseless acts of beauty”.

Making this your way of life can help create little gaps in our patterning, so that if and when the change agent for humanity’s evolutionary transcendence of its self-destructive patterns arrives, you and those who’ve encountered your unpatterning dance in the world will be better able to improvise along with it, without fear or inertia.

Freedom Rider: Propaganda and the Defeat of Jeremy Corbyn

Not to worry, we are witnessing the new Space Squadron by the US, whereby they foresee Extraterrestrial wars between the ever aggressive US and Russia/China. Once humanity is penetrating clear skies with atom foolery we are well doomed to burn.