Home AMERICAN BRAINWASH Oops for Google Apps? Huawei seeks an alliance with other Chinese firms to push US giant out of Asia

Oops for Google Apps? Huawei seeks an alliance with other Chinese firms to push US giant out of Asia

December 28, 2019 6 minutes read
Please make sure these dispatches reach as many readers as possible. Share with kin, friends and workmates and ask them to do likewise. 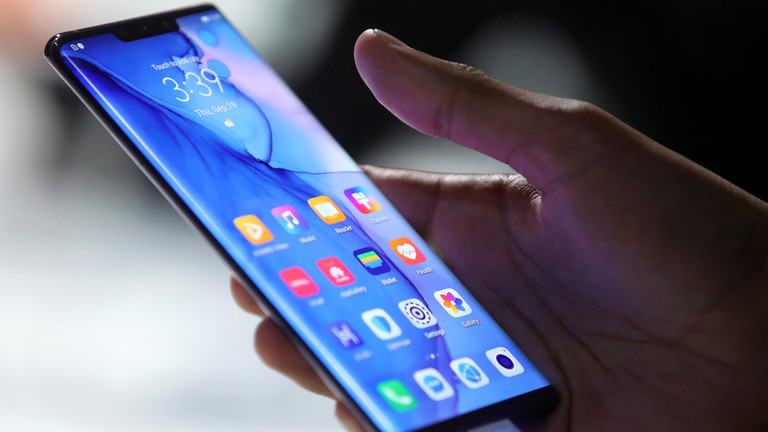 Seems like Google, a corporate giant that has eagerly collaborated with the US government in fighting "fake news" (read: silence dissident anti-imperialist news), and was happy to apply Trump's trade sanctions on China is now reaping the whirlwind, as it richly deserves.

TECHNOLOGY—
[dropcap]C[/dropcap]hinese giants Huawei and Oppo plan to create an alternative to Google mobile services and seek cooperation with Indian developers. Their success may spell an end to Android’s market domination in Asia, and possibly beyond.

For now, the global dominance of the Google-owned Android mobile operating system (OS) may seem to be without challenge. It comfortably holds a share amounting to a whopping 76 percent of the mobile OS market worldwide. But clouds are already gathering over the US company and, if it gets shoved out of a massive segment of the market, it will only have itself to blame.

Google’s positions are about to be challenged by none other than China’s Huawei – a telecommunications giant and smartphone manufacturer which has recently become a target of constant US pressure. The company, which once used Google’s Android itself on its smartphones, was forced to develop an alternative after the US tech titan rushed to comply with Washington’s sanctions in May and became one of the first American companies to cut Huawei off from its services.

Being cut off from the world’s most popular mobile OS and being left with its open-source version at best was a blow for Huawei – but the split between the two tech giants is a sword that is capable of cutting both ways.

Just months after Google’s decision, Huawei unveiled its own Harmony mobile OS and rolled out a new flagship smartphone without any proprietary Google apps. It vowed to finalize the development of Huawei Mobile Services (HMS) – a replacement for popular Google apps – by the end of the year.

The Chinese giant did not stop at that, and entered into negotiations with India’s top 150 app developers to convince them to publish their products on HMS, which itself could offer up to 150 'own apps' to customers all over the world.

It is also worth remembering that it is not just Huawei that might lose customers after being stripped of access to the proprietary Android OS. Google is also about to lose a fair share of the smartphone market simply because Huawei holds it. The Chinese company is the second most popular smartphone producer; it controlled about 19 percent of the global market in the third quarter of 2019 – up from around 15 percent during the same period the previous year.

Benjamin Chiao, a co-author with Nobel Laureate French economist Jean Tirole, believes that Huawei – together with other Chinese companies – has every chance to challenge Google’s dominance with this new strategy.

“Google has a first-mover advantage with a lot of loyal customers, but an alliance of Chinese companies will change it,” Chiao, a professor at Shanghai International Banking and Finance Institute and the Academic dean for Asia programs at the Paris School of Business, told RT.

In October, Forbes reported that Huawei, as well as other national tech titans, pushed Samsung – the world’s most popular smartphone manufacturer – out of China’s market. Most recently, it was also reported that Huawei and another Chinese company – Oppo – had joined their forces in talks with the Indian app developers.

“Google is already being replaced in China but not yet in Asia, as it is still highly competitive. Yet, it definitely won’t be dominating anymore,” Chiao said.

China is currently the world’s biggest smartphone market while India is the second and, for that matter, the fastest growing one. If Huawei manages to further solidify its positions in both of these markets, it could be very bad news for Google.

Genie is out of the bottle

“Huawei Mobile Services that is being developed right now is about to have a set of 150 apps, which already far outnumbers Google Apps,” German Shekhovtsev, a partner at leading Russian consulting company Althaus Group, told RT. “There is a fair chance that the Chinese manufacturer will succeed” in creating a viable alternative to Google services, he added.

Oleg Bogdanov, a senior analyst at the QBF Group – a Russian investment company operating in various markets all over the world, including the US stock exchange, warned that Huawei’s plans actually “pose a serious threat to Google.”

Also on rt.com US tech companies to lose $40 billion as China’s Huawei takes its business to Europe

“In the future, Chinese companies might push the American one from the entire Asian market,” he told RT. “Huawei’s indigenously developed services might soon replace Google services like Gmail, YouTube, and Google Maps. Then, the US company will be in real trouble.”

In fact, Google might have virtually shot itself in the foot in its rush to comply with Washington’s political demands. By stripping Huawei of access to its services it was using for years, it harmed its own positions in two ways: the US giant lost its clout over its former customer and forced it to challenge Google’s positions on the software mobile market.

Huawei may become the world’s largest smartphone-maker, despite its hurdles with #UShttps://t.co/uMbAgrU80B

Now, the American tech titan might yet realize that it has let the genie out of the bottle – particularly because Huawei’s growing influence is unlikely to be limited only to Asia. Chiao believes it would spread to the four corners of the world, while the Western companies would hardly be able to do anything about this.

“China is unstoppable now. The huge size of the Chinese market provides the finance and all the opportunities the Chinese companies need to grow. Perhaps they will beat American companies in a very competitive way in a very short time.”