Home AMERICAN BRAINWASH How LOW Can You Go?

How LOW Can You Go?

January 1, 2020
BE SURE TO PASS THESE ARTICLES TO FRIENDS AND KIN. A LOT DEPENDS ON THIS. DO YOUR PART. 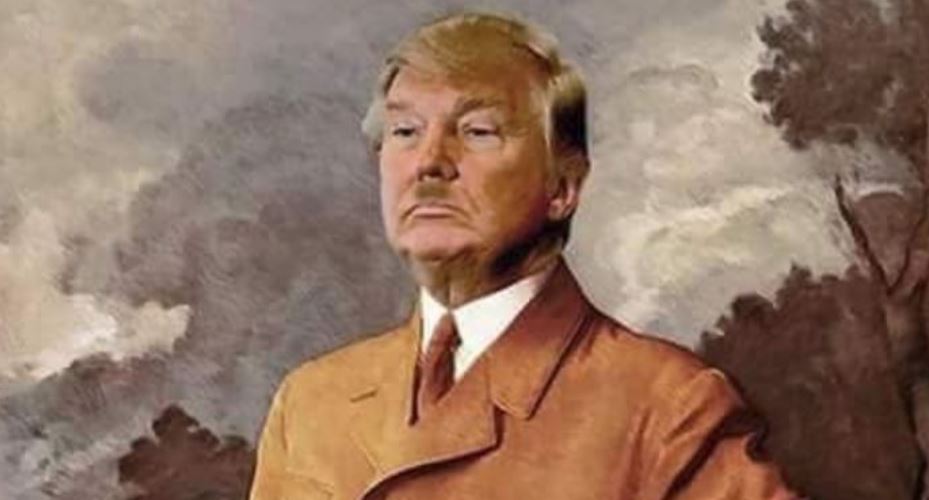 How far are the caricatures from reality? Trump is pretty bad, embarrassingly so, dangerous, too, in his narcissistic impulses, but he did not create the horrid mess we are in. He is a symptom of a rotten capitalist establishment and the betrayal of democracy by millions of liberals.

This writer has always been told, since childhood, that I was a ‘ funny guy’. I was, and is, able to bring humor to everyday occurrences. Having attempted at times to do ‘ Stand Up comedy’ way back when, the thought of making a career of it always crossed my mind. In 1992, with my college buddy, Jay D. securing the ‘ Morning Man ‘ spot on WABC Radio in NYC, I did some improvisational bits live on air. My character , Dino, a ‘ wiseguy’ boss of a Brooklyn crew who happened to be married to a domineering Jewish wife, went over well. So well that many who listened to the interplay between host Jay and myself figured that the creator of the Sopranos HBO series , who happened to be from the metro NYC area, must have gotten his ideas from us. Who will ever know?

Fast forward twenty years. Having heard of a amateur comedy contest in Saint Augustine Fl, one hour’s drive from my home, I decided to ‘ take the plunge’. I signed up for the contest and was told that each contestant would have 8 minutes on stage. Being a writer and always looking for some bits of truth entangled in humor, I wrote my shtick. One such segment would be based upon my own experiences with needing a slew of dental work. In my bit I explained how, with the fact that so many of us have no dental coverage or very little of it, this is how a visit to a dentist’s office in the very near future would look:
Dentist (while surveying my mouth, to his dental assistant who is taking notes): Ok, number 10 $ 350, number 21 $1100, number 19 $1100 plus another $1000. The night in question soon arrived, and I was nervous, having waited 30 years in between comedy club gigs. I got to the place and surveyed the crowd. There were 37 people sitting at tables around the stage. The MC met me and told me that I would be the first to go on… not the best of situations. He assured me that he himself, a professional comedian, would ‘ warm up ‘ the audience before introducing me. I sat on a bar stool off to the left of the audience, sweating profusely. The MC began, doing strictly ‘ Tit and Fart jokes’. The audience was in stitches! I knew that I was in trouble… and was I! He finished up, introduced me for my 8 minutes and on I went. Well, one lady, sitting up front to my left, just laughed at everything I tossed out. The other 36 people…. dead silence! My mouth was so dry I was surprised I could last the eight minutes. I did, went back to my bar stool, sat for ten minutes and got the hell out of there!

There has been an epidemic throughout our nation that is more deadly than any flu or opioid addiction. Simply said it is this low brow culture that has inculcated all walks of life. With a carnival barker in the White House, nastiness and insults flung far and wide, Amerika is the laughing stock of the industrialized world. Moe, Larry and Curly are the linchpins of what was once the most humorous of nations. If Mort Sahl ever attempted to go on stage nowadays he would most likely be tar and feathered! The cerebral humor of the late George Carlin, while still cherished by those of us who actually study history and appreciate such dissent, is not what the doctor ordered anymore. We are now a totally low brow nation with some exceptions. Poking fun at weaknesses in human beings replaces weaknesses in character of those in power. Howard Stern and the late [mean-spirited] Don Imus made this pathway to a low class country their focal points. Locker room humor, something many of us, this writer included, love to inject in private interplay, is now front and center. President Cheetos is only another ( and terrible) symptom of this tragic loss of high culture. Those who stand with their stupid red MAGA baseball caps and signs, shouting obscenities in response to his own, are the ‘ bastard children’ of this low class Amerika. As with those fools, thugs and assholes in 1930s Germany, wearing their brown and black uniforms, Zig Heiling as they destroyed Jewish citizens, their businesses and synagogues, so too are we approaching that Rubicon… maybe even in 20/20.

After millions strike Nov. 21, Colombian people stay in the streets

Yearend dispatches from Andre Vltchek: I NEVER SAW A WORLD SO FRAGMENTED!