The External Costs of Human Activity Are Killing the Planet

January 3, 2020
Please make sure these dispatches reach as many readers as possible. Share with kin, friends and workmates and ask them to do likewise. 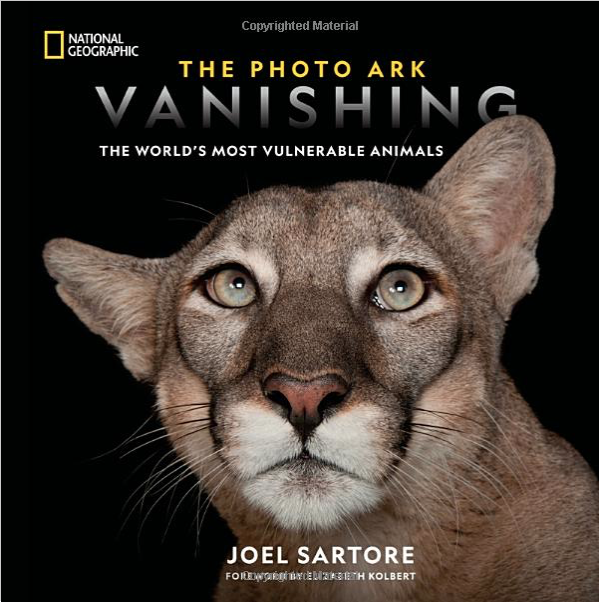 [dropcap]H[/dropcap]umans are exterminating themselves by exterminating other life forms. As a person committed to free thought, I sometimes catch myself wondering if what is really needed is a form of Borg Star Trek mind control to stop us from destroying the planet for the sake of profits for the few.

External costs are neglected by economists, and the unintended consequences of laws and political decisions—indeed, any decision, even those that seem highly rational—can be surprising. I am convinced that the external costs of capitalist production exceed the profits and in instances exceed the value of the output. The most carefully considered law and the most carefully planned corporate undertaking can result in disastrous consequences. Essentially, when humans make decisions, they seldom have any idea of what they are doing. 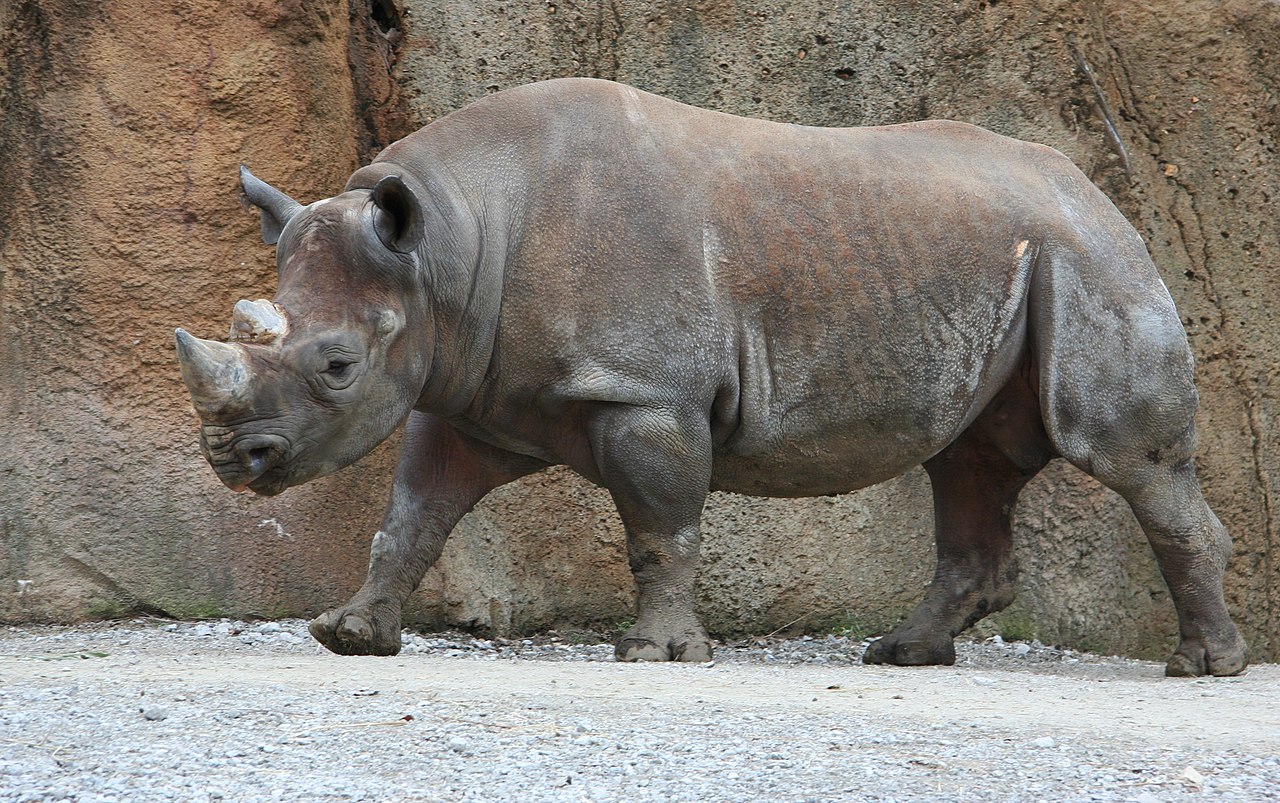 Ignorant and selfish traditions, combined with poverty and a lack of government interest in the issue, are dooming animals like the rhinoceros, one of the truly magnificent mega mammals on our planet. (1)

The situation worsens when a financialized, jobs offshored economy multiplied by other economies doing the same thing finds that it is more profitable for public corporations to buy back their own stock, even indebting the corporations for the purpose of decapitalizing the corporations, than to invest in new plant, equipment, and labor. Buy-backs are the main use of corporate investment today in the US. In recent years, the entirety of corporate profits and borrowing has been used for stock buy-backs, which reward executives and shareholders. Central banks in Japan and the European Union now support equity prices by stock purchases. The Japanese central bank is the largest holder of Exchange Traded Funds (ETF). I am convinced that the Federal Reserve prevents crashes of the US stock market by purchasing S&P futures.

The loss of jobs destroys the ladders of upward mobility, thus increasing social and political instability, and the concentration of all wealth and income gains in corporate executives and shareholders skews the income distribution to that of the aristocracy and serfs in pre-modern times. The elevation of stock and bond prices from central banks injecting liquidity creates asset bubbles that are accidents waiting to happen.

I was reminded of this when I received as a Christmas gift a copy of Joel Sartore’s magnificent photographs of Earth’s vanishing species. It is heartbreaking, and it makes one wonder why God gave dominion to humans who have no regard for the disastrous consequences of their actions. Consider the extinct and vanishing species of animals, insects, reptiles, birds. Why did we do this? For no other reason than a few rich people could be a bit richer. They didn’t need the money that erased animals, plants, forests, clean water, fish and marine life, birds, butterflies, bees and large numbers of insects.

Ever since Dick Cheney was US Vice President, effectively President, the Environmental Protection Agency has been an agent for mining, timber, and energy interests. Most other environmental and wildlife protections have also been set aside. National forests are being cut down, national monuments are being defaced, wolves are being slaughtered, and rare species are being poached and trophy hunted. It seems humans won’t be happy until every species is exterminated.

The private environmental organizations are now so dependent on corporate money and corporate trustees that they are largely ineffectual. They can’t effectively lobby against their corporate donors’ interests in Washington. 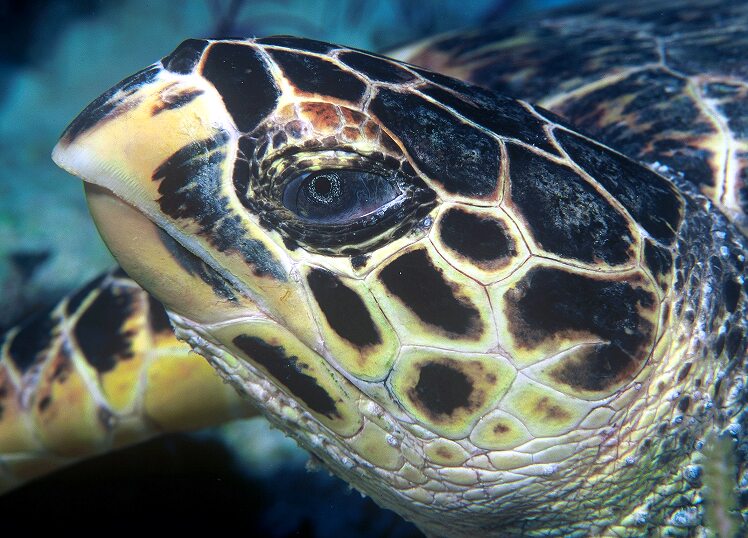 The Hawksbill turtle is also critically endangered, but few care or even know about it. While hundreds of thousands of media hours are dedicated to ephemeral distractions like sportscasts or celebrity gossip, vital issues remain orphans. And that's not even considering the huge lies underlying all reporting on political and social issues, the real engine behind all this insanity.

Consider the Pebble Mine. A Canadian mining company, Constantine Metal Resources, has, with US EPA approval, received a permit to begin a mining operation at the headquarters of Bristol Bay in Alaska, an American state. These waters are the place of salmon spawning and where Eagles and Grizzlies that exist on the salmon find their food. As the clothier, Orvis, makes clear in its ads, what is to be gained from the Pebble Mine is foreign company profits, 2,000 temporary jobs, and a measly 1,000 full-time jobs during operation. What is to be lost is a $1.5 billion fishing industry and the 14,000 associated jobs, 417 square miles of pristine habitat, 4 world-class fishing rivers, 60 lineal miles of prime salmon spawning habitat, and the destruction of pristine waters by 360,000 gallons of toxic effluent daily passing into the Chilkat River, bringing with it the destruction of salmon, eagle, and grizzly life along with that of 14,000 people.

When capitalism is seen in the real light of its operation and not in the romanticism that free market economics paints it, it is seen as a destructive force. The less regulated it is, the more destructive force it is. But can it be regulated? All efforts have failed. University of Chicago economist George Stigler said that all regulatory agencies become the captives of those they are supposed to regulate, and, thereby, the regulatory agencies become the agents of those they are supposed to control.

The Amazon rain forest is being destroyed by people who, in effect, are criminals destroying a world resource and only get in exchange one or two crops from the denuded land. The corrupt Brazilian government put into office by Washington to serve American interests is a party to the crime against life on earth. The same thing is happening in Indonesian forests thanks to Chinese timber corporations. Good-bye Sumatran Tiger. Good-bye native populations dependent on the forests.

In the Foreword to Santore’s Vanishing Animals Elizabeth Kolbert makes the point that humans today are the equivalent of the asteroid 66 million years ago that wiped out the dinosaurs, only we are wiping out everything, ourselves included.

When we wipe out an animal or an insect, a species’ genome is lost. In effect, we are wiping out libraries, making ourselves more ignorant.

It seems to me that the advocates of diversity could do much more good if they redirected their emphasis on replacing white people to saving the life of diversity on planet Earth. But this would require intelligence and empathy for all life, traits that are not abundant in the human population.

Notes
1. Rhinoceros are killed by some humans for their horns, which are bought and sold on the black market, and used by some cultures for ornaments or traditional medicine. East Asia, specifically Vietnam, is the largest market for rhino horns. By weight, rhino horns cost as much as gold on the black market. People grind up the horns and consume them, believing the dust has therapeutic properties.[2][3] The horns are made of keratin, the same type of protein that makes up hair and fingernails.[4] Both African species and the Sumatran rhinoceros have two horns, while the Indian and Javan rhinoceroshave a single horn. The IUCN Red List identifies the Black, Javan, and Sumatranrhinoceros as critically endangered.

EXTREMELY dangerous development in the Middle East (UPDATES COMING IN)