Home IRAN Western Intel Gets it Right – For a Change

Western Intel Gets it Right – For a Change 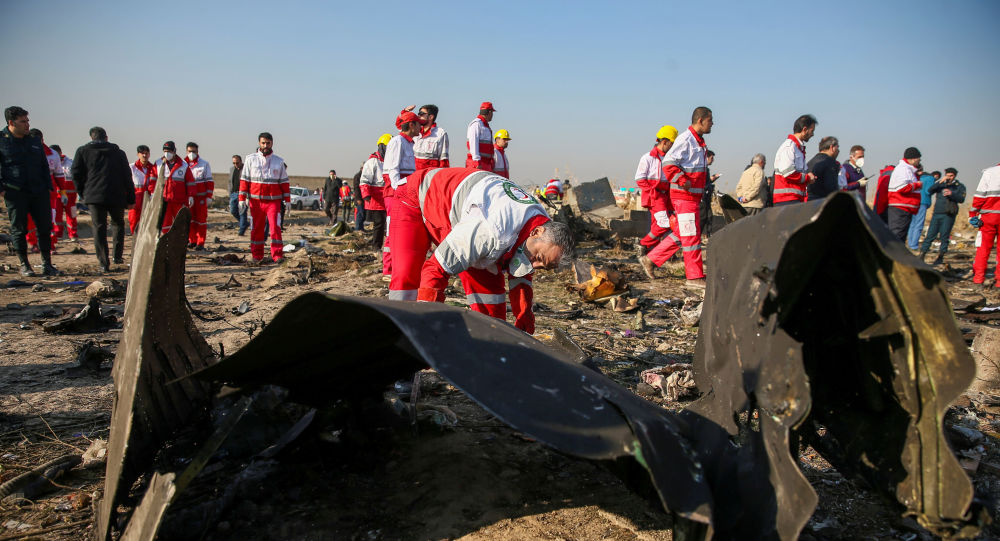 Being "correct" for once (although it could have been a simple coincidence given Western intel and its myriad cutouts, including people like Canada's Justin Trudeau, are always ready to play along with the empire to automatically accuse Iran or Russia of any imaginable perfidy) is now given such hybrid war agents undeserved credibility, as the author points out. ( © RIA Novosti . Wana News Agency)

Western intelligence claims about the airliner shoot-down by Iran have been proven correct – after the Iranian authorities owned up to the disaster.

Iran’s air commander General Amir Ali Hajizadeh delivered the grim news that a defense battery had fired two missiles at the civilian airliner in the genuine, but fatal, belief that the aircraft was an incoming enemy cruise missile.

Given the heightened war-like tensions over the past week between the US and Iran it is understandable that such human error was made. All 176 civilians onboard Flight PS 752 were killed when it crashed near Tehran on January 8 after being hit by two missiles.

Iran’s leadership expressed heartfelt apology and condolences to the families of the victims, most of whom were Iranian, as well as Canadian, Ukrainian, British, Swedish, German and Afghan.

Initially, Iranian aviation officials dismissed Western claims of an errant missile strike by Iranian air defense. They said they believed the crash was due to a technical problem onboard, such as engine failure.

Some Western media are now reporting that Iranian officials were trying to cover-up the cause, even lying to their own people. More likely, the conflicting initial explanation was due to the chaos amid such a calamity.

Iran’s leadership has commendably done the right thing by quickly admitting the truth of the terrible event and loss of so many innocent lives. At least the grieving families will not have to agonize over a endless claims and counter-claims.

In such a difficult time of adversity and hostility towards Iran from the US and Western media, it took courage and integrity for the Iranian authorities to own up.

It’s a double shame that Western intelligence which has brought so much conflict and grief may now be emboldened to double down on their nefarious work from seeming to have been vindicated about the air crash.

We can be sure that if the shoe were on the other foot, the Americans would not have done likewise. In 1988, when a US warship shot down an Iranian airliner over the Persian Gulf killing all 290 onboard, the Americans dissembled for years and never provided a formal apology or admitted liability.

Also, what will not be forthcoming is an acknowledgement from the Trump White House that it shares onerous blame for the latest tragedy. The relentless aggression and pressure by the Trump administration towards Iran has ratcheted the country into a constant, nail-biting state of alert for war. Any wonder then that the shoot-down of Flight PS 752 occurred.

One unfortunate outcome is the undeserved boost it may give to the credibility of Western intelligence and their media tools. American intelligence in particular is an international disgrace given the lies and fabrications it has spun to enable countless US criminal wars. However, having got the cause right about the Iranian shoot-down this week, there is an exasperating danger that Western intel and its media organs will exploit propaganda value.

Two issues in particular could be casualties. First is the fatal shoot-down of Malaysian airliner MH17 in 2014 over eastern Ukraine. Western intel and media have assiduously pushed a false narrative that the crash was caused by Ukrainian rebels firing a Buk missile, resulting in the death of 298 people onboard. Western media have implicated the Russian government for allegedly supplying the missile to the rebels. The case has helped Western efforts to demonize Moscow and impose economic sanctions.

One of the media tools for pushing this narrative is the so-called “investigative website” known as Bellingcat. It is far from independent and indeed operates as a NATO propaganda channel.

Serious investigators have accused Bellingcat of fabricating video evidence it cites for blaming the rebels. 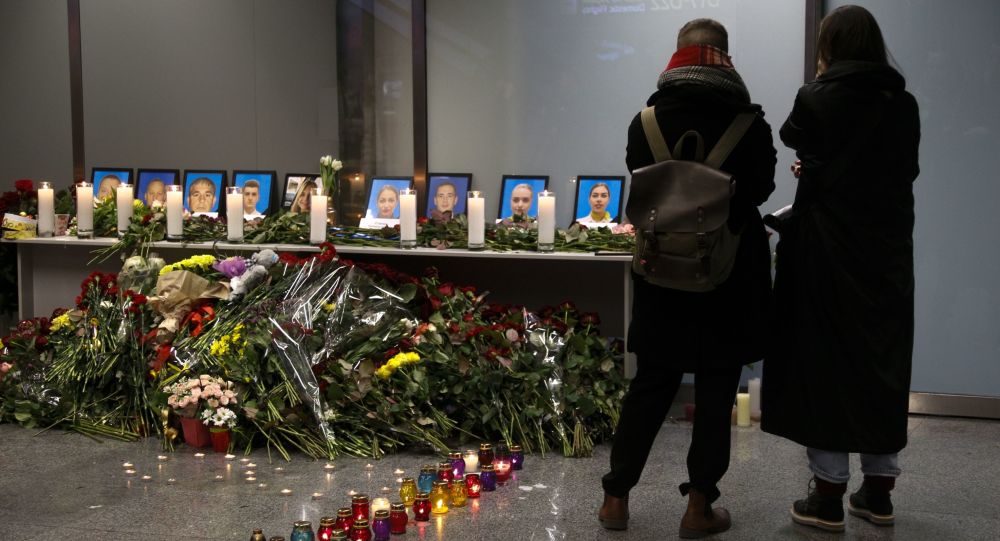 Canada's PM J. Trudeau has been quick to jump into the arena to stoke the flames of hatred toward Iran. "What Iran has admitted to is very serious. Shooting down a civilian aircraft is horrific. Iran must take full responsibility", Trudeau said. "Canada will not rest until we get the accountability, justice, and closure that the families deserve". What more does this idiot want? Blood? Iran has admitted the shootdown. (© AP Photo / Efrem Lukatsky)

Any alternative version of the MH17 disaster has been excluded by Western media, even when serious evidence indicates that the NATO-backed Ukrainian army fired the Buk missile. The missile used has been traced back to Soviet-era stockpiles which were supplied to Ukraine.

In any case, after the Iranian air disaster this week, Western intel and conduits like Bellingcat will feel a certain vindication about their spurious claims regarding the MH17 crash.

A second issue where collateral damage against the truth may be inflicted is the narrative about chemical weapon attacks in Syria. Western intel and again Bellingcat have pumped media with claims that the CW atrocities were carried out by the Syrian government forces against their own people. This has, in turn, led to NATO air strikes against Syria and Western economic sanctions on a “pariah regime”. Russia, as an ally of Syria, has also been tarnished by such claims.

Yet the truth about chemical weapons in Syria is the opposite of what Western media have propagated. Convincing evidence shows the atrocities have been staged as false-flag provocations by Western-backed militants and their media agents in the faux-humanitarian outfit known as the White Helmets. 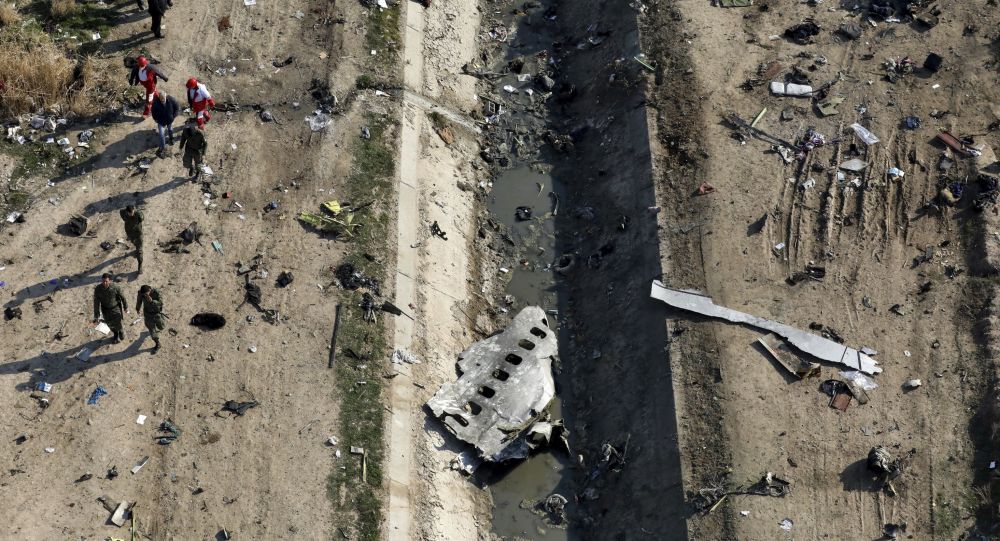 The airline shoot-down in Iran is a horrendous incident of human suffering. Our first concerns should be with the innocent victims and their families and the nightmare loss they are feeling.

Kudos to the Iranian authorities for facing up to responsibility and truth. Shame on the American president for having created a dangerous tinderbox situation where deaths are almost inevitable.

It’s a double shame that Western intelligence which has brought so much conflict and grief may now be emboldened to double down on their nefarious work from seeming to have been vindicated about the air crash.

Finian Cunningham is an award-winning journalist. Originally from Belfast, Northern Ireland, he holds a Master's degree in Agricultural Chemistry and worked as a scientific editor for the Royal Society of Chemistry in Cambridge, England, before entering a career in journalism.